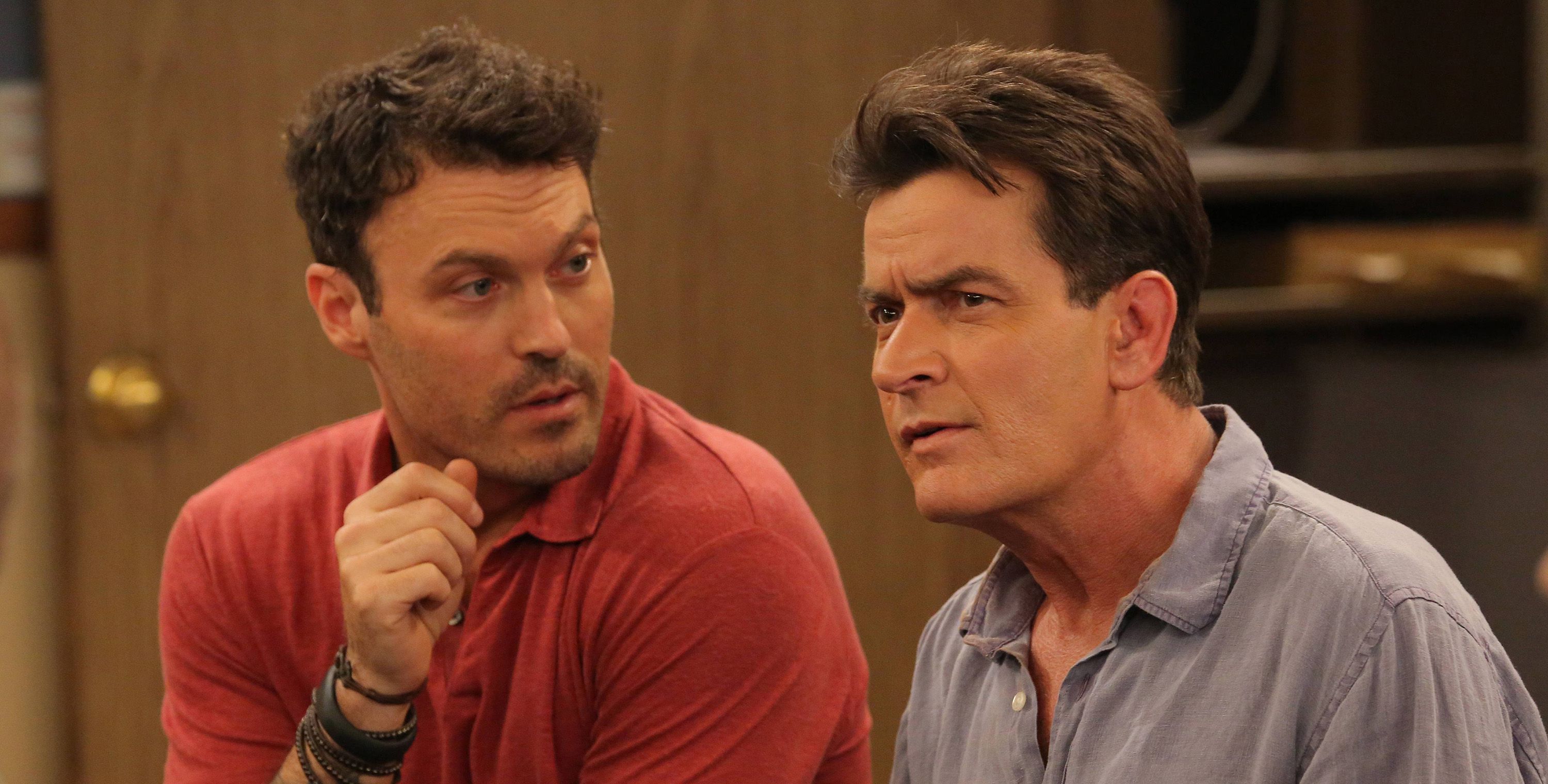 A sexist, racist, homophobic dinosaur in the age of daring and empathetic comedies such as Girls and Louie, Anger Management, whose 2012 debut was shrewdly timed to cash in on the latest speed bump in Charlie Sheen’s career, revels in a glib mean-spiritedness. The first season was inhumane and all the more popular for it, so there was little hope that creator Bruce Helford and his writers would try to rise above their tabloid muck. The only, admittedly qualified, hope that one might bring to a second season is that it at least exhibit occasional cleverness in its ongoing smear campaign of everything that isn’t Charlie Sheen.

In its second season, Anger Management’s superficial issues of craftsmanship have been smoothed out, as one can now mostly discern the intended punchlines without the help of a grating laugh track. But the characters, which already began as ciphers, have somehow managed to regress even further. Selma Blair’s desperation to squeeze anything out of her character Kate Wales’s pathetic one-liners, whether it be subtext, humanity, or an ounce of active pleasure, is even more pronounced now that the writers have predictably decided to parody Kate’s determination to be a woman who prizes casual sex and a fulfilling professional life. It’s embarrassingly beyond the show’s imagination to suggest that Kate’s desires are perfectly reasonable.

An early episode finds Charlie (Sheen) and Kate traveling to visit Charlie’s estranged sister for her baby shower, which leads to the pair winning a newlyweds board game against couples who’ve been married for years and should be theoretically better acquainted with one another than the two casual lovers. That’s a potentially amusing idea, and the writers are quick to score the usual mostly unfunny points on the married couples as conformist hypocrites, but those jokes don’t thematically gel with later episodes that are openly critical of Kate for being a self-absorbed manipulator incapable of giving in fully to ex-womanizing Charlie’s reformed charms—and thus embracing a lifestyle the writers have just ridiculed.

Three of the show’s four principle female characters are explicitly and routinely defined by a singular characteristic of promiscuity (strippers and assorted other guest hotties also pop in for Charlie’s delectation). Lacey (Noureen DeWulf), an anger-management patient whose continually on the look-out for the next wealthy penis to exploit, teams up with the show’s equally reductive queer stereotype, Patrick (Michael Arden), against his former high-school tormentor, but the potential for a surprising development of kinship between the two is disappointingly abandoned for yet another round of strained, bitchy repartee. Brett Butler, as a weary bartender, is saddled with a witless and unvaried aging slut-hippy routine, while Charlie’s ex-wife, Jennifer (Shawnee Smith), is spared of this sort of shtick by virtue of being positioned as the the obligatory center of bland domestic stability.

Potentially passable stories succumb again and again to the show’s relentless contempt, but one episode is almost accidentally amusing for its pointed lack of empathy. Martin Sheen, in a recurring role as Charlie’s dad, is revealed to be faking senility in a bid to hide out at his son’s place. It’s tough to discern if this is meant to intentionally parody the pompous stillness that the deeply dull and inexplicably admired elder Sheen often brings to roles, but it’s the closest Anger Management gets to achieving any comic friction. Otherwise, the series is mostly a depressing slog, lacking even the calculated urgency that characterized the first season.

Review: The Americans: Season One