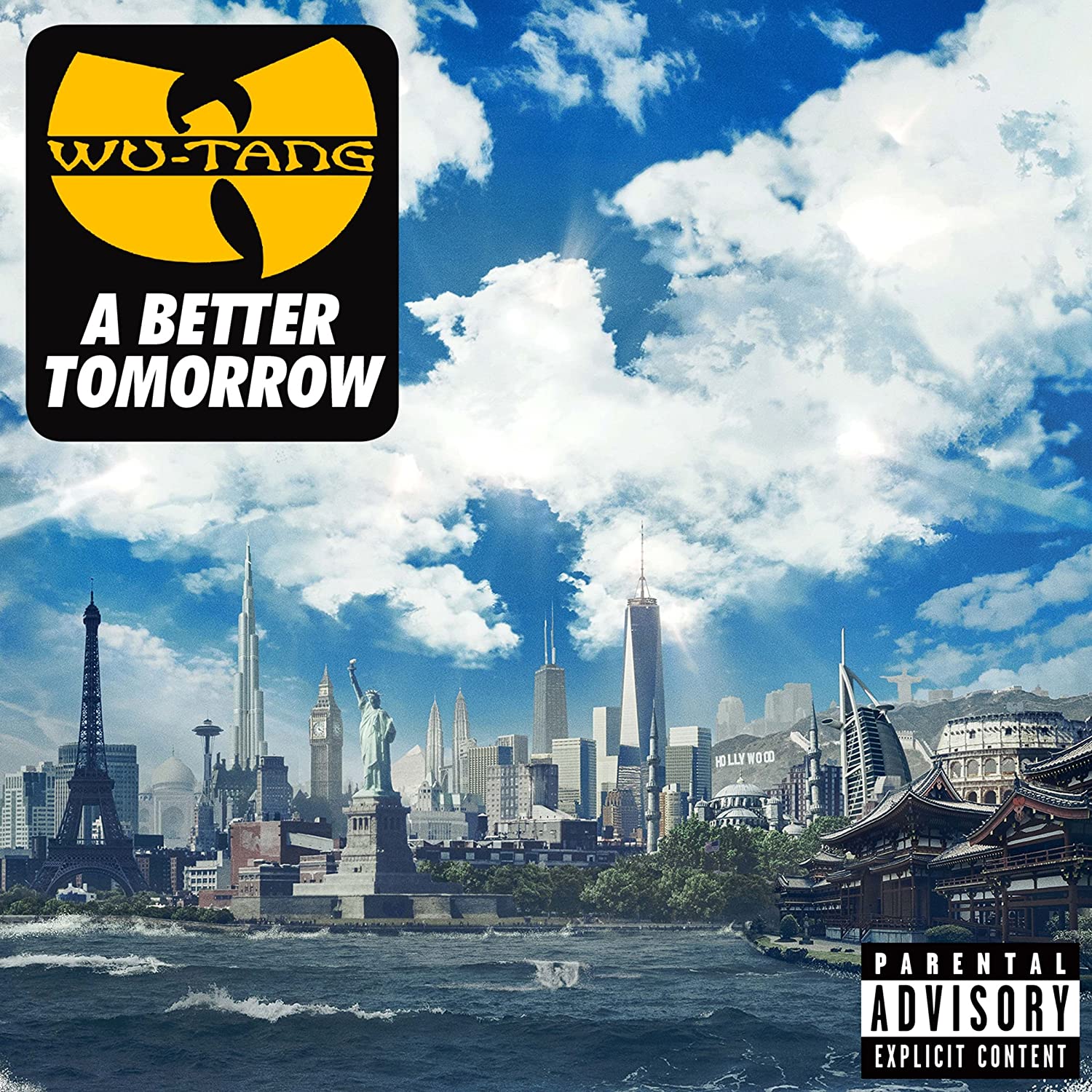 Wu-Tang Clan’s reputation has persisted even as their ostensible influence over the hip-hop genre has receded, thanks mostly to the distinct, hydra-headed makeup of the supergroup’s nine-man roster. Originally presented as cartoon archetypes, Wu-Tang’s eight surviving original members (along with promoted second-stringer Cappadonna) have by now all distinguished themselves via varyingly successful solo efforts, giving rise to both a colorful collection of voices and a predictable amount of static over control of the clique. Most of the recent upheaval has developed around a factional rift between mastermind/producer RZA and staunch traditionalist Raekwon, who apparently possess different mindsets about the level of experimentation appropriate for a Wu-Tang release. Recorded over a tumultuous three-year period, A Better Tomorrow bears the marks of that strain, struggling to present a unified front on what’s purportedly the clan’s last official album.

Yet the shambling, eccentric feel here really isn’t all that different from any other late-period Wu-Tang effort, with members vying for the spotlight while talking up unity and brotherhood, their shrouded attempts to outdo each other forming a hectic web of stratagems. This tension has always fueled the group, which incorporates its dueling personalities as an essential part of its shambolic roughneck structure. Handling his sixth effort as clan moderator and producer, RZA is by now more than adept at managing the conflict between his patchwork audiophile aspirations and other members’ desire for stomping street bangers, crafting an album that flips incessantly from one mode to another.

That doesn’t mean the level of quality is always high. Things start off poorly on “Ruckus in B Minor,” with a recycled ODB sample followed by a dire verse from Inspectah Deck, who establishes our modern setting via a rote listing of contemporary TV shows, movies, and advertisements. Yet the act of leading with one of the group’s less illustrious members in some sense feels calculated, illustrating the sheer depth of their bench, and despite this tedious opening salvo, A Better Tomorrow remains pitched against most notions of how modern hip-hop should sound, maintaining traces of the grit and grime that have largely vanished from the genre, favoring acoustic touches over electronic ones. Their first and biggest release 20 years behind them, Wu-Tang’s members are now old enough to position themselves as elder statesmen, and this status suits them, their personas growing crustier with age. Method Man thus enters this first track in full-on curmudgeon mode, barking that he “don’t care who rule the city when the summer come,” and that sense of grouchy disapproval grows as the song progresses, positioning him and his associates as immortal stalwarts raining disapproval down on anonymous flavor-of-the-month newcomers.

For most groups, this peevish pose would stink of encroaching irrelevancy, but Wu-Tang remains sui generis enough to pull it off, thanks to the size and scale of their collective talent, the innate variety of voices presented, and the general trump card of having a brilliant in-house producer to patch together the pieces. Detached from the status quo, the group has edged into the rarified world of boutique hip-hop, which makes for an interesting album similar to Ghostface’s recent Twelve Reasons to Die, favoring vinyl-tinged, sample-heavy digressions over glitzy radio bait. Potentially stale material, like the crime narratives of “Hold the Heater” and “Keep Watch,” make up for the members’ current distance from street violence by pushing further into the realm of legend, abandoning any residual realism for more stylized verses. Detailing ancient codes of honor and petty battles alike, these torrents of words show off the group’s collective storytelling abilities while deepening their collective mythos, communicating as much about the members and their relationship to one another as the stories being told.

A Better Tomorrow mostly proves that, no matter what conflicts may be simmering, there’s enough sustained talent at work here to keep the usual material feeling fresh. It’s forays outside that established template that make for the worst moments, including a few missteps that are arguably the worst in the entire Wu-Tang catalogue. Most of these are mercifully restricted to “Miracle,” a bizarre track which sits at an unsavory nexus between a sweeping Sergio Leone overture, a synth-tinged street chronicle, and a Disney musical, capping off with an appalling bit of strained emoting from a rock vocalist. Other attempts to progress the group’s aesthetic are thankfully less uncharacteristic and more successful, from the baroque electric organ base of the Adrian Younge-helmed “Crushed Egos” to the buoyant marching band sound of “40th Street Black/We Will Fight.”

There’s also a few standard moments of emotion and introspection, mostly contained within the hopeful title track and album closer “Wu-Tang Reunion,” which could either serve as a fitting last hurrah or set the groundwork for another sequel. Both of these tracks show hints of a different Wu-Tang, one in which members own up to their mistakes, take account of failings, and acknowledge the group’s internal issues. An album full of such material would be nothing short of astounding; a brief bit of wistfulness from Ghostface, hinting at the toll of ODB’s fatal drug addiction, is more bracing and potent than nearly everything else here. Yet a real reckoning of 20 years’ worth of issues will, of course, never happen with so much machismo at stake, the competition that fuels the group burning too hot to allow for more than superficial introspection. Instead, Wu-Tang seems destined to continue touting its unbreakability, holding fast to sturdy, old formulas while their internal fractures grow more and more pronounced, a family that’s at both its worst and best when together.

Review: She & Him, Classics