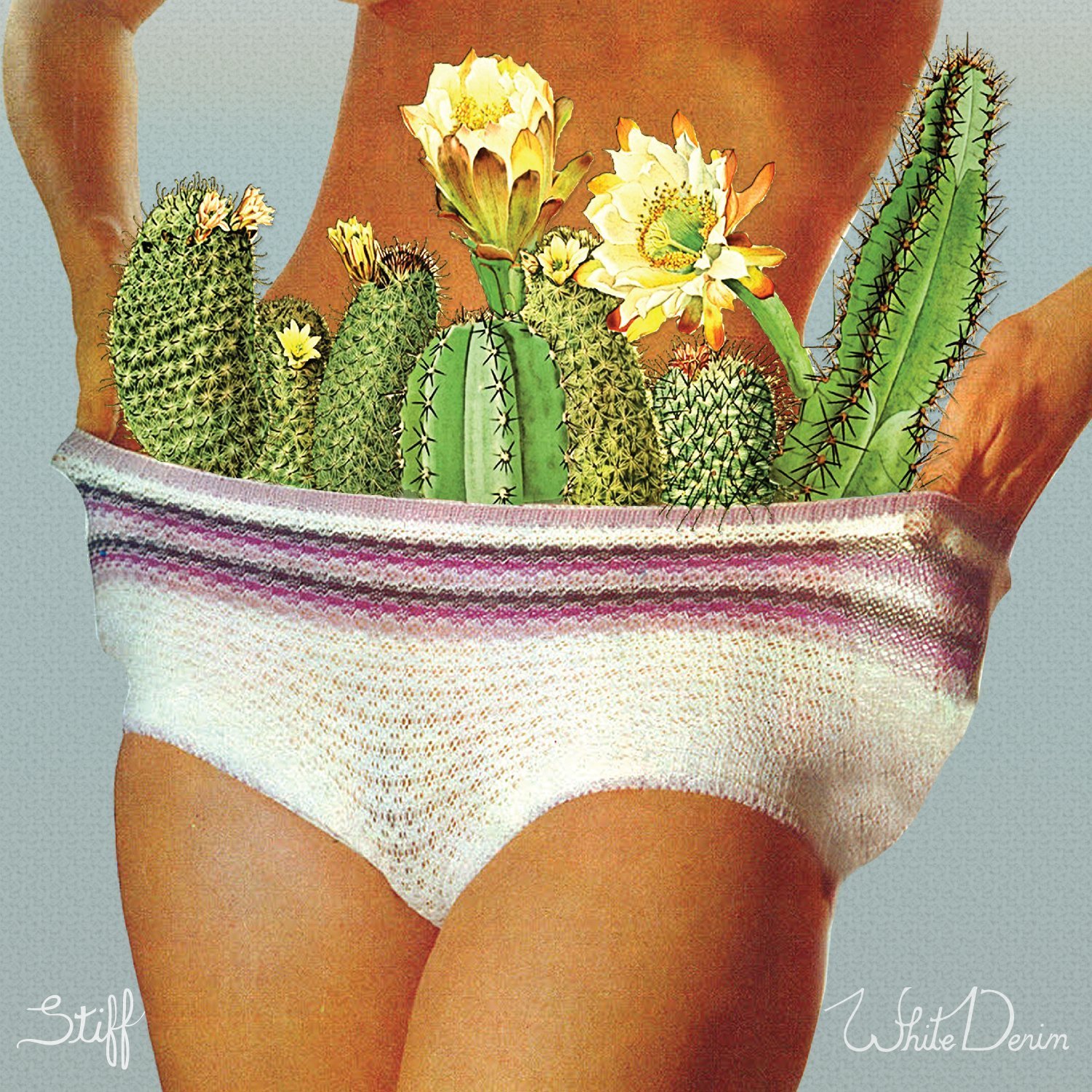 Though White Denim writes rock songs with shifting time signatures, circuitous guitar riffs, and tricky interludes, the band is at their best when these various elements are presented within a more straightforward pop-rock template. This was the secret behind 2011’s D, which earned White Denim their first big wave of acclaim, and it also defines the best moments of their seventh LP, Stiff. But the album is just as often a victim of overcooked complexity, and the way it shifts headily between genres and styles—often in the course of the same song—obscures White Denim’s goofy playfulness.

Part of this owes to the sudden departure of guitarist Austin Jenkins and drummer Joshua Block from the band. The former brought a Southern sensibility to White Denim’s acrobatic noise rock, and Block, along with bassist Steve Terebecki, was half of the band’s fantastically competent rhythm section. There’s a sense on the album’s first three tracks—which spiral dizzily through garage rock, soul, punk, psychedelia, blues, and funk—that the remaining members are out to prove themselves as competent as ever.

“Had 2 Know (Personal),” for instance, is a mini-suite in technical skill, all hands on deck for a freakout opening riff, the roots-rock of the verses, and a two-step Steely Dan-style chorus, but these various sections are so choppy and busy that it’s easy to lose track of singer-guitarist James Petralli’s core message: “You had to know you were gonna let it go/You coulda let me know, coulda made it personal,” he sings, kissing off his former bandmates.

This is the problem with the album’s more ambitious tracks: They confuse rather than clarify the band’s identity, and sound more like demos than full-fledged songs. “Ha Ha Ha (Yeah)” first shines as a jittery funk-soul track, but gets sidetracked by a dull and repetitive bridge riff; “Holda You (I’m a Psycho)” oddly mixes breakneck rockabilly with spacey, psychedelic vocals, the result more disorienting than dynamic.

Still, White Denim manages to slow the pace and discover its soul more than a few times here, most notably on the winking Al Green sendup “Take It Easy (Ever After Lasting Love).” A sturdy bassline and marching snare propel Petralli’s blue-eyed come-ons (“You don’t have to be a movie star/In fact I want you just the way you are”), while subtle guitar lines accentuate the mood of the song rather than compete for attention. “(I’m the One) Big Big Fun” manages to find a lazy stoner groove, which the tight algebra of White Denim’s arrangements doesn’t normally allow, and its foolish lyrics match perfectly with the track’s funky cowbell and wah-wah guitars. These songs, plus the feel-good prog ballad “Thank You,” are contemplative rather than cerebral, with the band pouring their intellect into songwriting as opposed to showmanship.