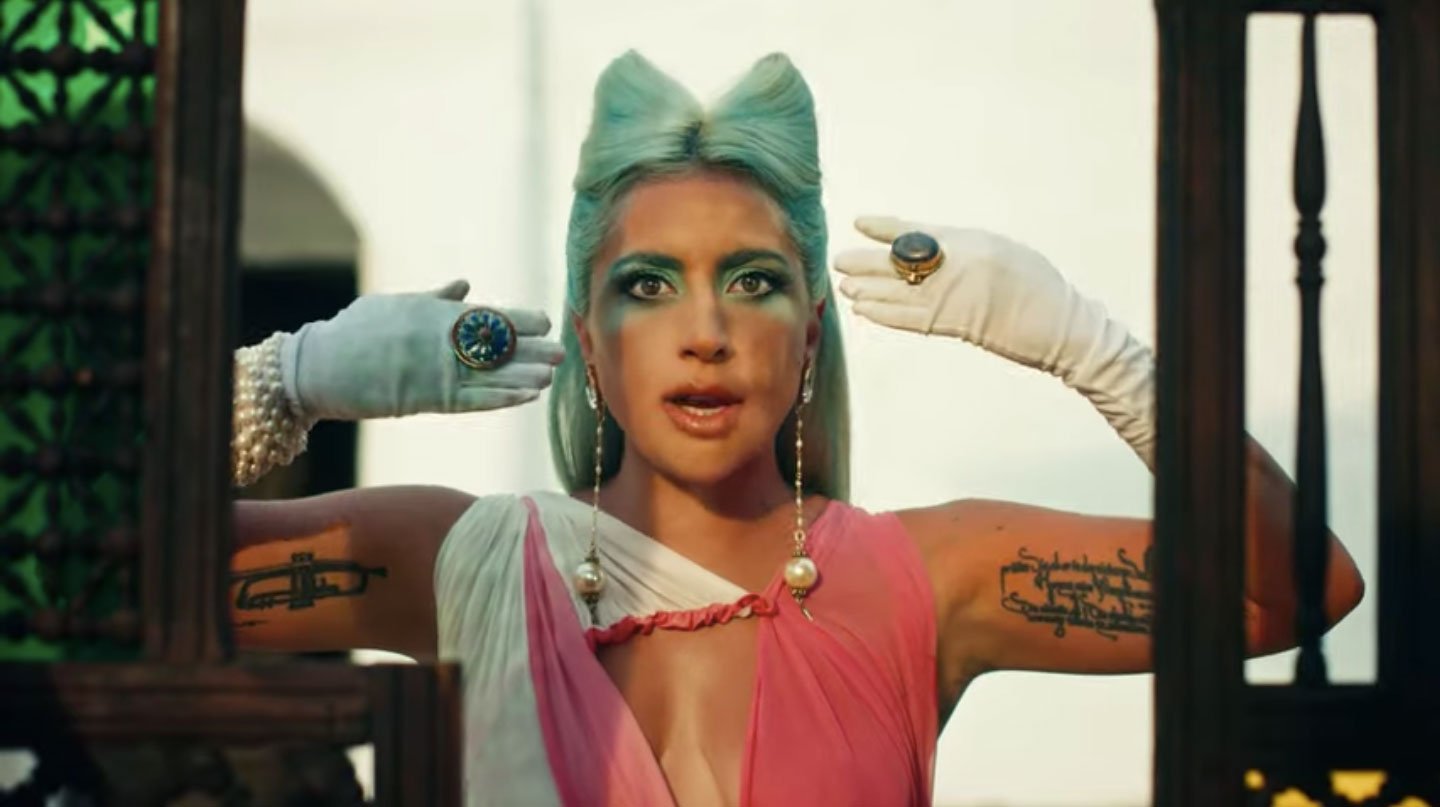 When Lady Gaga’s Chromatica saw its belated release in May, most of the attention was focused on its collaborative tracks with Ariana Grande, Blankpink, and Elton John. But the dramatic transition from the orchestral interlude “Chromatica II” into the synth-pop dance tune “911” soon went viral on TikTok, making the latter the most-streamed solo cut from the album aside from lead single “Stupid Love.”

Enthusiasm for “911” seems to stem mostly from the transition, but the song itself, which is reminiscent of past Gaga singles “LoveGame” and “G.U.Y.,” touches on the timely topics of mental health and pharmaceuticals. The music video, directed by Tarsem and inspired by Armenian director Sergei Parajanov’s 1969 film The Color of Pomegranates, finds Gaga awakening in a desert surrounded by pomegranates and a broken bicycle. What follows is a surreal dreamscape featuring a bride adorned with a red cross symbol, a woman cradling a mummified body, and Gaga performing jerky choreography while dressed, of course, in a series of elaborate costumes.

The clip, which was shot at White Sands National Park in New Mexico, takes a turn for the heavy-handed when the music cuts out and Gaga begins to tearfully wail straight into the camera. It’s quickly revealed that it was all a death dream, and the characters Gaga saw were, à la The Wizard of Oz, either victims or first responders to a fatal car accident that leaves Gaga on a stretcher and her produce scattered on the street.

Review: Sufjan Stevens’s The Ascension Aims for Great Heights but Often Gets Lost