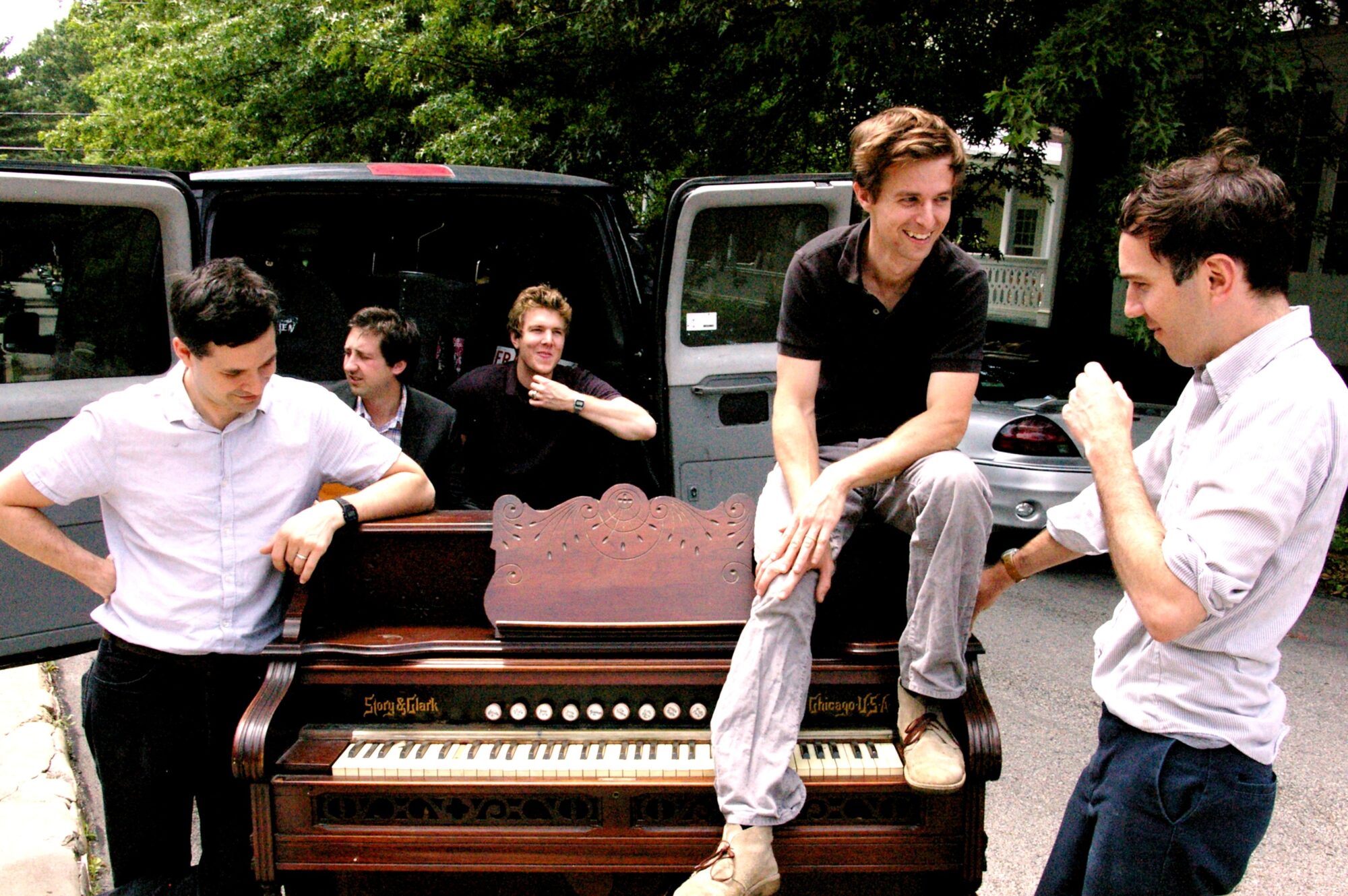 The organ wheezed with the first menacing chords of “All Hands and the Cook” as the Walkmen took the stage at the La Tulipe Theatre for their June 28th concert. Although the band is known for its edgy, indie anthems, tonight‚Äôs opening song felt particularly unrefined. The evil-villain leitmotif of the song‚Äôs album version was buried under thick distortion and reverb, coming across as a cacophonous blur. Lead singer Hamilton Leithauser soon chimed in with his yelping, cracking vocals, his Dylanesque voice sounding unusually raspy and indecipherable, a condition aggravated by the gum that he appeared to be chewing while not belting out lyrics.

As the group moved through “Little House of Savages” off of 2004‚Äôs Bows + Arrows and “Lost in Boston” from the recently-released A Hundred Miles Off, however, Leithauser‚Äôs vocal cords‚Äîand the band‚Äôs fingers‚Äîslowly warmed up and, little by little, the band‚Äôs signature sound began to emerge. Leithauser‚Äôs vocals regained the strained precision that has made him one of indie rock‚Äôs most recognizable singers. On “Brandy Alexander,” Peter Bauer‚Äôs organ and Paul Maroon‚Äôs lead guitar supplied an additional, splashing layer of sound that is not present on the studio recording. Finally, Walter Martin‚Äôs bass and Matt Barrick‚Äôs drums suddenly clicked into a tight groove during “Don‚Äôt Get Me Down (Come on Over Here),” seamlessly driving the group through the song‚Äôs ebb and flow of chaotic verses and catchy refrains. The audience showed its appreciation by pushing closer to the stage as a flopping, bouncing dance swelled at Leithauser‚Äôs feet.

The show reached a palpable climax with inspired renditions of three of the Walkmen‚Äôs best-known tracks: The sleepy cover “Another One Goes By” elicited gentle swaying among listeners both sitting and standing; “138th Street,” with its mournful guitar strumming and lonely, wanderlust lyrics, further lowered the tone and segued perfectly into the group‚Äôs rousing breakout hit “The Rat.” The band closed out its initial set by inviting a guest trumpeter, saxophonist, and French horn player onto the stage; the laid-back, carefree rendition of “Louisiana” that followed achieved the air of a simple and unfettered good time that fans have come to expect from the Walkmen.

The Walkmen‚Äôs performance on this muggy night, which included an encore of another crowd favorite “What‚Äôs in It for Me,” was uneven and rather laissez-faire. Early in the set, audio problems coupled with a band that seemed stiff and slightly indifferent threatened to derail the show before it even left the station. But it‚Äôs a testament to the band‚Äôs character as performers that they eventually recovered the intensity and craftsmanship that defines the Walkmen‚Äôs brand of music-making.

Going Through Splat (Or Not) with Stewart Stern