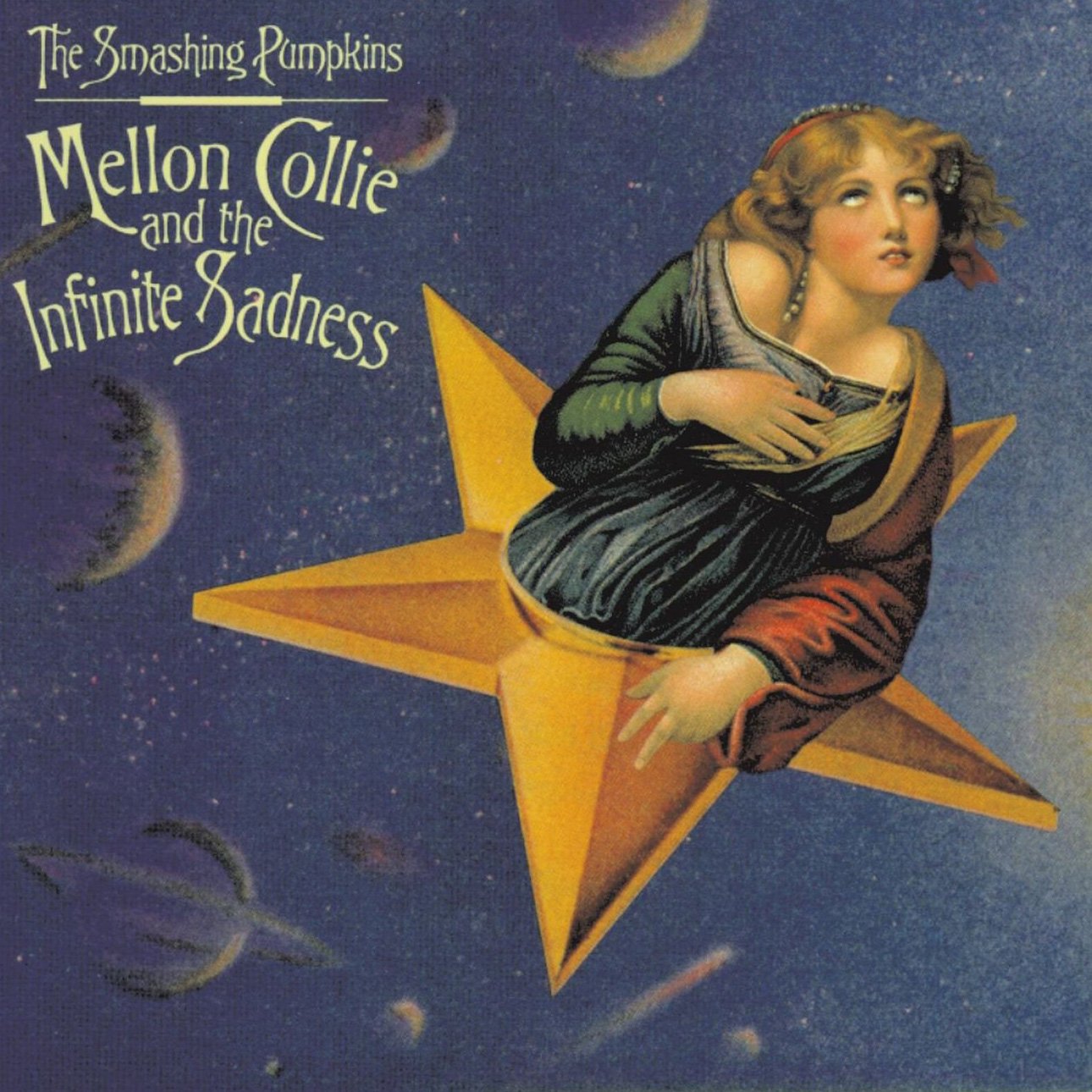 Despite the frequency of both its adolescent bluster and heavy-handed angst, there’s no denying that Mellon Collie and the Infinite Sadness is the work of a fully matured band. Down to its most diminutive detail, the album revels in the kind of art-rock pageantry that the Smashing Pumpkins were only fumbling toward on Gish and Siamese Dream: elaborate, symmetry-obsessed musical conceits, a romantic mythos inspired by everything from arcane astrology to Mother Goose fairy tales, and numerous poetic and visual allusions to Victorian-era culture, all coinciding with the band’s baroque expansion away from their grungy Sub Pop origins. On paper, it reads like a mess, but the near-mystical and sprawling Mellon Collie remains the Smashing Pumpkins’s greatest album, the soaring vision of a band clearly in its prime.

That achievement is reinforced by its exquisite reissue, which, through dozens of previously unreleased demos, jam sessions, and B-sides, reveals the massive backdrop from which the double album’s esoteric sound was culled. As part of the package, the album’s original 28 tracks have been remastered by leadman Billy Corgan, who, after committing some obvious over-tweaking on prior Pumpkins re-releases, has opted for a light hand here. Most noticeably, the album’s thick, overcompensating low-end has been dialed back, greatly benefitting heavier pieces like “Jellybelly” and “X.Y.U.” while lending an overall crispness to the album as a whole. Mellon Collie’s sound was noticeably smudged in comparison to the treble-happy crunch of predecessor Siamese Dream, and the remastering manages to wick away that muddiness as well as some of the album’s age spots.

The B-sides are far rougher in quality, but also far more illuminating of Corgan’s creative process: the quiet piano dirge that serves as the demo for “Eye,” for instance, and the two different takes on “Tonight, Tonight,” one orchestral, one band-only. Perhaps what’s most interesting about the demos and outtakes is how they reveal many of the finished tracks’ shared origins. When a rudimentary version of the main chorus from “By Starlight” suddenly emerges from the bridge of an early instrumental of “Beautiful,” thus proving that the two songs were originally one unfinished musical scrap, it feels as though a curtain’s been peeled back to reveal Mellon Collie’s secrets, a satisfying thrill for listeners who’ve long combed through the album’s myriad layers.

Adding another wrinkle of nuance to the reissue is the inclusion of new remixes of several of Mellon Collie’s lesser-known gems. “Cupid de Locke (BT 2012 Mix)” is perhaps what the original Pumpkins lineup would sound like today, were Corgan still at the top of his creative game: New energy has been injected into the ricocheting percussion, while background vocals have been raised in the mix to boost the track’s dreamlike quality. B-sides “Marquis in Spades,” “Cherry,” and “My Blue Heaven”—familiar to any halfway-dedicated Pumpkins fan—have been treated to their own fresh arrangements, suggesting Corgan could give George Lucas a pointer or two on how to successfully polish his past creations.

Many in the music press thought it an egomaniacal bluff on Corgan’s part when he promised a double concept album to follow up Siamese Dream. Now listeners can finally hear why Corgan was so confident in the first place: Like its cover design, which reveals a larger art-nouveau tapestry surrounding the album’s original visuals, the Mellon Collie reissue widens the scope on the band’s prolific mid-‘90s output. Taken in tandem with their B-sides collection, The Aeroplane Flies High, it’s safe to assume that few other bands have ever produced such an embarrassment of riches in such a short amount of time. The songs from the Mellon Collie sessions speak not only to the quality of that abundance, but also to the Smashing Pumpkins’s status as some of the most creative and successful purveyors of sensitive but cerebral art rock.

Review: Elbow, Dead in the Boot

Review: Phillip Phillips, The World from the Side of the Moon