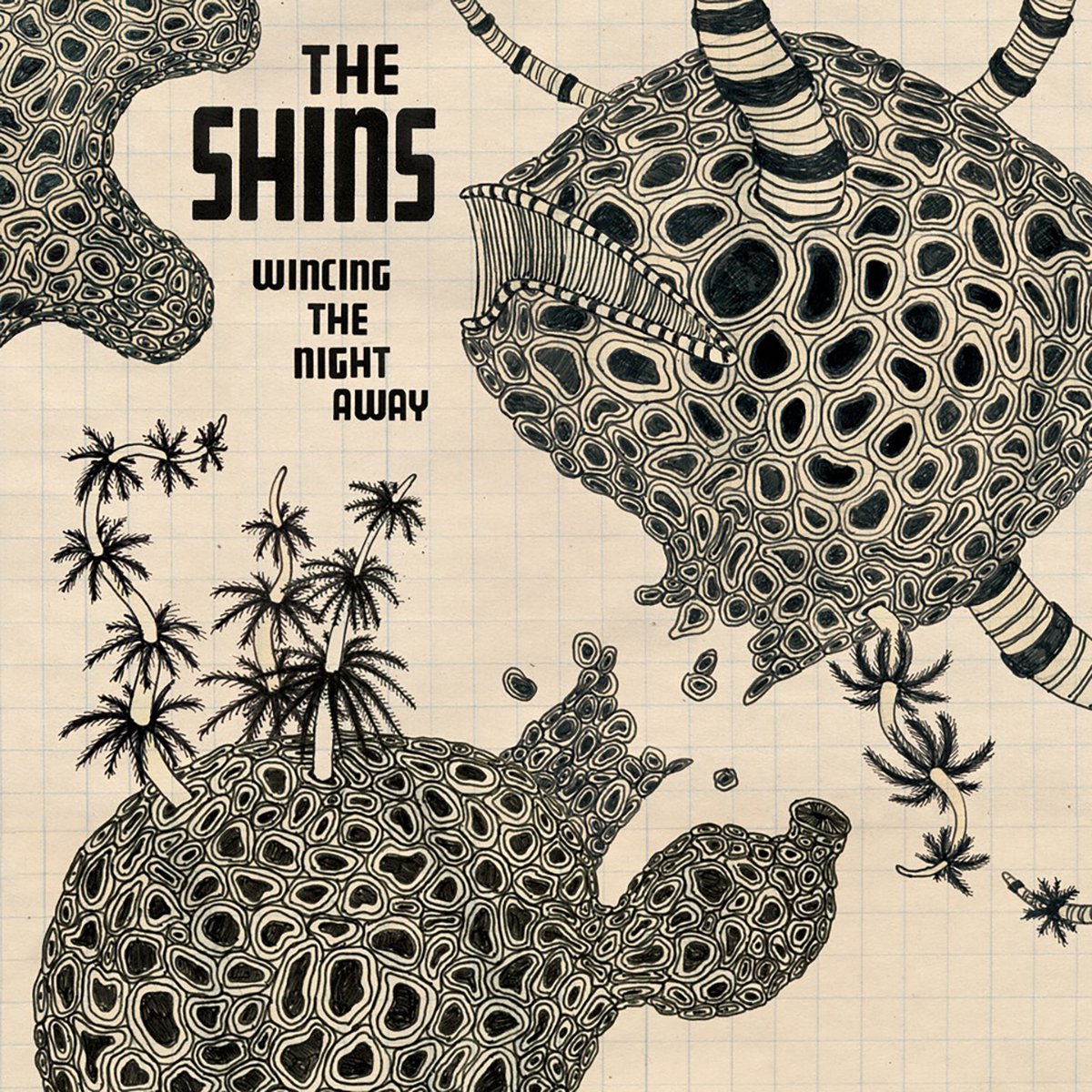 Their recent stint as the musical guest on Saturday Night Live notwithstanding, the complete lack of pre-release buzz surrounding indie-pop heroes The Shins’ third album, Wincing The Night Away, is a surprise, though it’s refreshing to have the opportunity to approach any new album without several months’ worth of hype having already established a clear pro or con bias. That said, Wincing The Night Away is an album that, by all rights, should come with a certain degree of expectation, if not actual fanfare—based either upon the band’s elevated profile following the life-changing hyperbole thrown about by the pandering Garden State or the standing of the band’s previous albums as two of the strongest pop albums of the decade. Instead, there’s the feeling that Indie’s commercial relevance may have already peaked (what else could the cancellation of The O.C. signify?), and many of the Internet tastemakers who’d previously championed the band met the early leak of lead single “Phantom Limb” with an indifferent shrug while waxing apoplectic over first-quarter albums from Menomena and Apples In Stereo.

This lack of a reception is at odds with what’s most notable about Wincing The Night Away. While Chutes Too Narrow and Oh, Inverted World both succeeded by making frontman and principal songwriter James Mercer’s unrivaled gift for melody sound effortless, Wincing The Night Away actively foregrounds the effort that went into making its outsized pop. In other words, it sounds like they tried, which is precisely the right thing for The Shins to have done in their situation, acknowledging the fact that, for the first time in their career, there would be sizable expectations of the final product. Not that their other two albums weren’t meticulously crafted, but the slow crescendo, for example, of opener “Sleeping Lessons” from tinkly piano to raucous electric guitar power chords (recalling the Shout Out Louds’ memorable “Very Loud”) sounds calculated beat-by-beat. This kind of steely precision would likely weigh down a lesser band, but, as the surprising chord changes leading into the wordless chorus of “Phantom Limb” and the nervy bassline on “Sealegs” show, The Shins are able to experiment with their trademark sound without sacrificing any of their peerless melodicism.

If anything ultimately works against the album, it’s Mercer’s lyrics. He typically pulls off morose and wiseass equally well by balancing those two M/Os with a playful use of language. But a few of the songs here cross the line between cryptic and inscrutable. Sure, Mercer claims that “Phantom Limb” is about two teenage lesbians, and lovely closer “A Comet Appears” twists a line about some Black Dahlia-style facial reconstruction into a cockeyed love song, but how to parse “Out of a gunnysack fall red rabbits/Into the crucible to be rendered an emulsion” from “Red Rabbits”? Compared to that, the girl staring down both “the dodo’s conundrum” and “the android’s conundrum” in “Australia” has a more straightforward challenge.

Still, pop this satisfying isn’t undone by just one or two lines, nor is it (in)validated by what’s written about it weeks before it ever hits the shelves. That The Shins anticipated a reaction—perhaps even a full-on backlash—that hasn’t yet materialized undeniably shaped the recording of Wincing The Night Away, leading them to take some risks that they might not have otherwise. Besides, it’s not like a little performance anxiety is atonal with the band’s aesthetic of fussy introversion. If the album isn’t quite up to the lofty standards of their earlier work, it isn’t off by much, meaning that Wincing The Night Away gives 2007 its first great pop record. If people haven’t been talking about it yet, well, they should be soon enough.

Review: Of Montreal, Hissing Fauna, Are You The Destroyer?

Review: Stars of Track and Field, Centuries Before Love and War