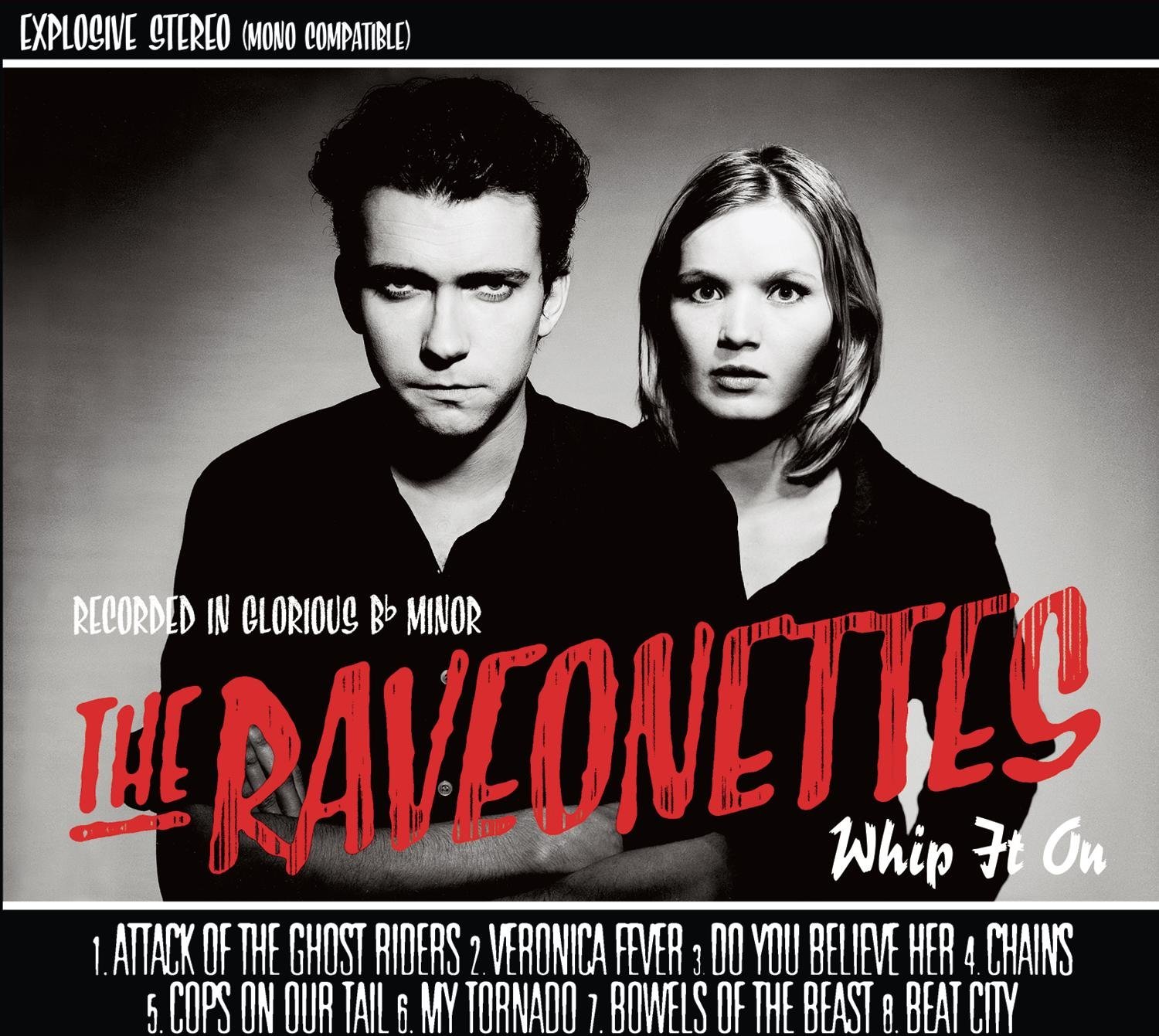 Despite a self-imposed creative straight-jacket (three chords per song in under three minutes each, all confined to B-flat), Copenhagen’s the Raveonettes have delivered a deeply fertile debut. The explosive Whip It On is noirish noise-pop at its finest. The darkly cinematic “Attack of the Ghost Riders,” the garage-punk duo’s first single, is bona fide “new wave,” nostalgic yet modern and never sentimental. Sune Rose Wagner’s fuzzy guitars capture the dramatic, “sultry ‘60s sound” of The Doors on “Veronica Fever” and “My Tornado,” while the frenetic “Do You Believe Her” and the dirge-like “Bowels of the Beast” (with its creepy sleigh bells and shrieking guitars) are what Portishead might sound like if they plugged in and gave it a go. By the fourth track of the album, the Raveonettes’ repetitive vocal treatments and single key signature grow tiresome, but the one thing they don’t lack is energy. The album’s final track, “Beat City,” ends with a wailing symphony of vocal harmonies and screaming guitars. After an incredibly brief 21 minutes, Whip It On begs: what treasures (and key signatures) lie untapped in the minds of these one-key wonders?