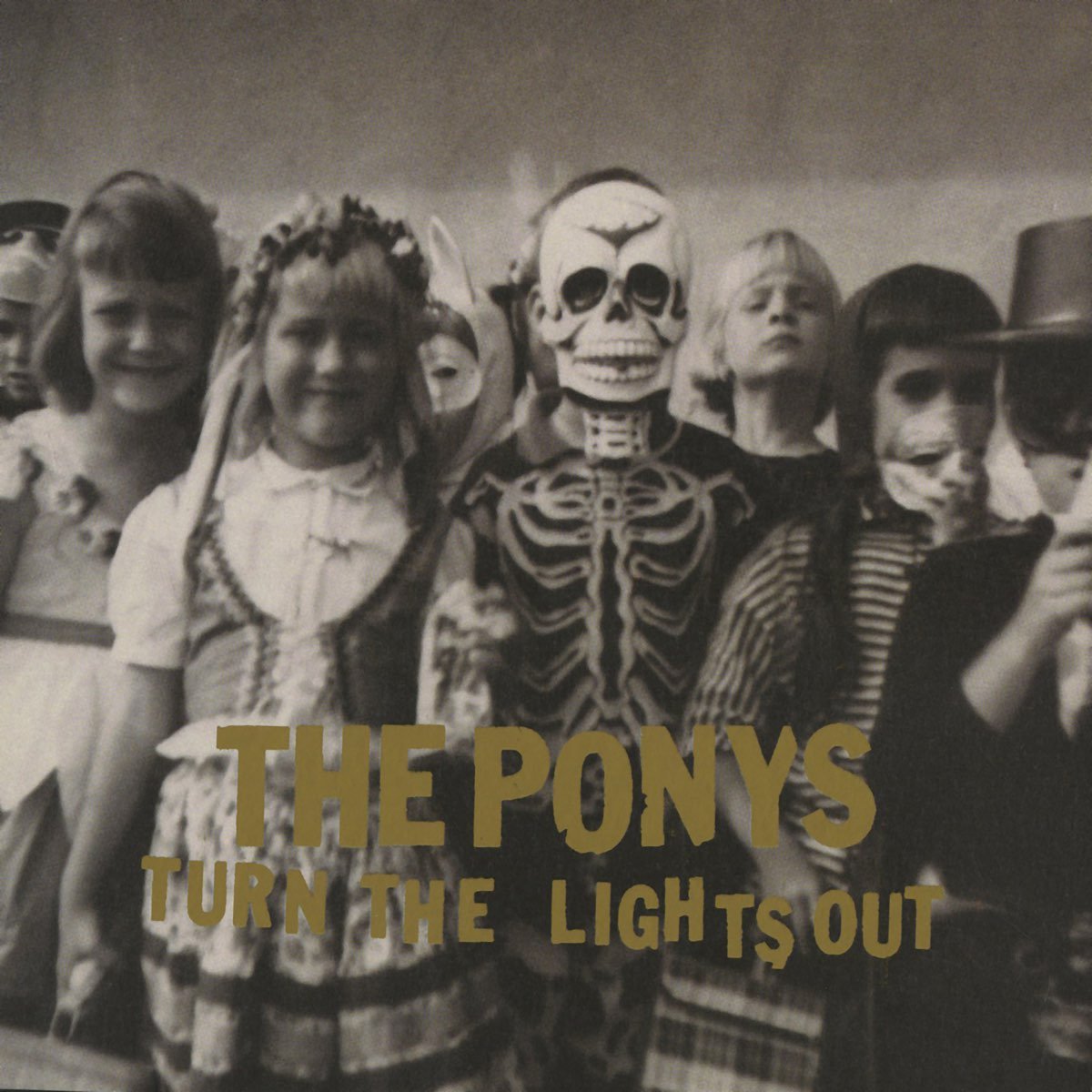 It’s been less than two weeks since The Stooges scuffed up their legacy with the mediocre Weirdness. I figured someone would beat them at their own game soon enough, but not this soon. Doubters and cynics who worry that Nuggets-style power pop can’t be revisited without cliché may rest easy: The Ponys’s Matador debut, Turn The Lights Out, is a hair more than 40 minutes of pure, uncut, mainline garage rock, and if I could, I’d take it intravenously. And while singer Jered Gummer’s delivery is more akin to the indifferent cool of Thurston Moore than the retarded urgency of Iggy Pop, there’s a bit of a snarl there, even on the wannabe stadium ballad “Shine,” which sounds a little bit like an Oasis demo.

Regardless, the vocals play second fiddle to the guitar work: opener “Double Vision” rips with the echoing, jangling strings run through a 10-dollar fuzz pedal that persists for the entire record. The guitar tone comes from The Stooges, but the rest of the arrangements are straight off of an early R.E.M. or dB’s album—the bass pops and slithers between the harmonies while drummer Nathan Jerde pounds out a 2/2 beat like he’s trying to break through the kick drum. Sure, there are vocals and even a Hammond organ or two (is it just me, or are Hammonds and Rhodes accessorizing indie rock as arbitrarily as turntables did metal a few years back?), but that’s all gravy.

The Ponys have always been a guitar band, yet their sound is fleshed out here—there’s less of Television’s static, finger-exercising influence and more of a relaxed crunch, as they let their pedals do most of the work. Even when the Brit-pop influence begins to over-assert itself, such as on the practically delicate “Small Talk,” they try their hand at Evol-style theatrics, saving the song’s dignity. When the band modestly tries to get its “European Son” on at the end of the album’s closer, “Pickpocket Song,” you wonder if they even need bother with the songs at all. Three records into their career, the Ponys still sound like a really young band. And I can’t be more complimentary than that.