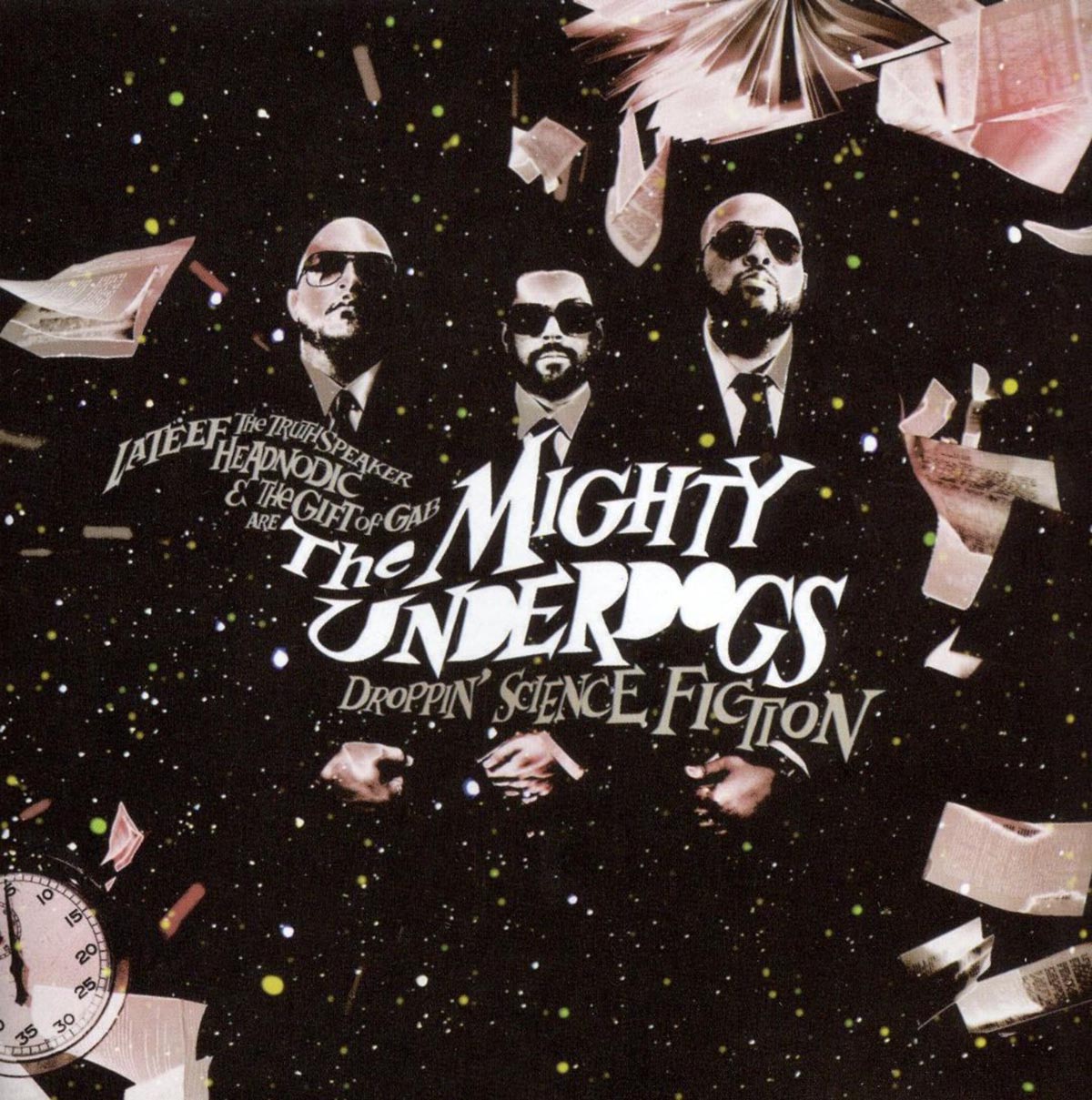 Backpack rappers and political conservatives may have a lot more in common than you think. Cast into the cultural wilderness, argued out of the building on more than a few occasions, these purists keep coming back with their admirable if slightly wacko ideas like flat taxes and verses void of nihilism and misogyny. Today’s conscious emcee, observing a hip-hop environment still obsessing over materialism and sex while his own high-minded narratives command an ever-shrinking market share, reminds one of Bob Dole circa 1996, bewildered by Bill Clinton’s sky-high approval ratings: “Where’s the outrage?”

To carry the metaphor only one step further, we might say Gift of Gab is the George Will of hip-hop. The Bay Area rapper more than makes up for his antiquated principles by displaying a verbose stylishness that rarely gets tiring. His albums with Chief Xcel as Blackalicious, especially 2002’s Blazing Arrow, are entertaining exercises in lyrical dexterity, lush production aesthetics and noble ideals. Now Gab has united with Oakland rapper Lateef the Truth Speaker and up-and-coming producer Headnotic as the Mighty Underdogs. The name for the group could not be more apt; their full-length debut, Droppin’ Science Fiction, is unlikely to rack up SoundScan figures or earn laudatory microphones from The Source.

The album mostly succeeds, though, especially where its ambitions reach beyond standard social-issue theorizing and rap-game bashing. Gab and Lateef are effortless spitters with buckets of clever wordplay, and Headnotic proves himself to be a worthy beatsmith and perhaps the freshest possible understudy to Madlib and J-Dilla that has arrived in some time. Live instrumentation is all over these tracks, and it’s more jazz-influenced than the Roots’s take on ‘60s soul but just as organically thrilling. Nearly every cut here is built on a single conceit, and those skillfully executed just barely outnumber those that are not. “Gun Fight” is notable not just for the fact that it boasts an appearance from the recently reclusive MF Doom, but by its flipping of the usual showdown script in having its characters not blowing away their enemies but going down in a blaze of glory. Ditto “Ill Vacation,” a glitzy, ukulele-strumming travelogue as another example of a concept pulled off with surprising verve.

But “Folks,” an earnest celebration of humanity, reeks a little too much of Nas’s “I Can” and stumbles similarly, while “So Sad,” featuring a chorus from Damien Marley, takes too much pleasure wallowing in the gutter with its depraved subjects. (“No Woman No Cry” is an obvious reference point, but it seems the Underdogs mistook the meaning of the reggae classic to be “Yes, Woman. Cry.”) On “Hands in the Air,” Lateef poses the question, “Does anyone remember when music still was relevant?” He might be surprised to hear his listeners answer in the negative, and say further that they could care less anyway. Relevancy has become the millstone around the neck of rappers like Lateef and Gift of Gab, and Droppin’ Science Fiction shows that for certain backpackers, striving for importance is coming off more and more like striving for self-importance. When these rappers willingly enter the cocoon of imagination and language, on the other hand, the effort is startlingly significant.