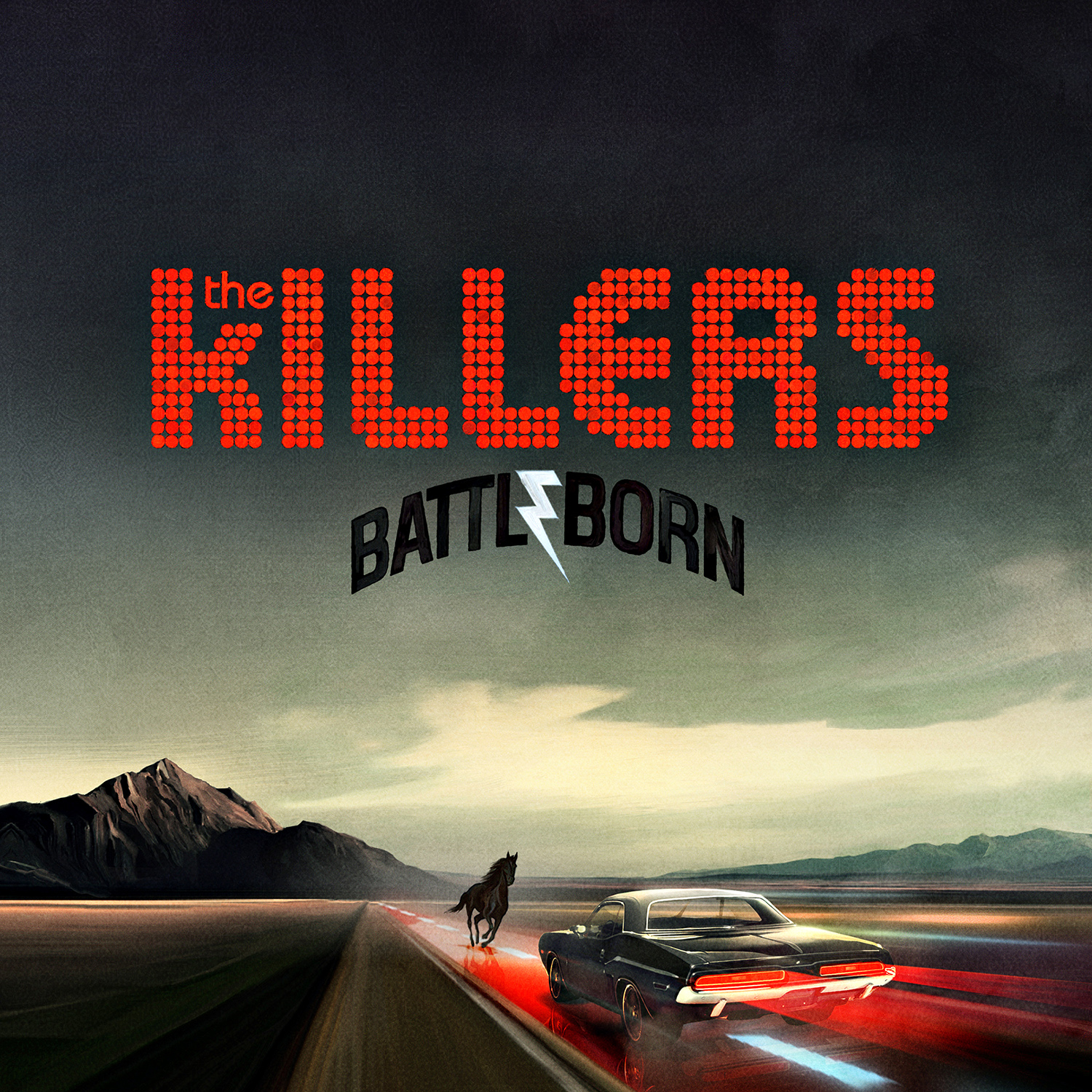 Knowing that he’s one of fellow Mormon Mitt Romney’s best hopes to court younger voters, the Killers’s Brandon Flowers recently announced he’s sitting this election cycle out, refusing to say whether or not he’s on #TeamForward, even though he’s performed for Barack Obama in the past. If Flowers and his band are hedging their bets, their reticence goes hand in hand with the paradoxically stadium-ready melancholy of Battle Born, their first album in four years. Gone are virtually all traces of the mash-up-friendly electro-disco of 2008’s Day & Age, the playful tinges of melodrama, and every potential shred of evidence that the hints of megalomania were all so much gamesmanship. In their place are a baker’s dozen of straightforward rock anthems, produced by the likes of rock vets Steve Lillywhite and Brendan O’Brien, with a heavy emphasis on reverb.

Battle Born is as non-committal as a swing state, and hearkens back to a musical era predating any of the band members’ being of voting age. With song titles that recall both Bruce Springsteen (“The Rising Tide”) and U2 (“Miss Atomic Bomb”), Battle Born kicks up a simple fuss, even as the lyrics see Flowers reminding himself that retrograde will never be a viable default mode. “You can’t escape the rising of the tide,” he sings, sounding approximately 87 years old. Forced to contend with a more self-servingly epic backdrop, Flowers’s limited vocal delivery sounds increasingly taxed and tremulous. Drawing comparisons to the Boss’s well-seasoned rasp and Bono’s still-rousing tenor yelps only serves to point out the limitations in Flowers’s instrument, insofar as he intends for it to galvanize. (If he drifts high enough in his register, he sometimes comes off as the male version of Cher.)

But if nostalgia is, after all, about the ultimate impossibility to relive something that has already disappeared, the sense that Flowers can’t deliver on his aim makes weird sense. Later in the album, the Guitar Hero licks of “Here with Me” and the Heart-channeling “The Way It Was” (“I remember driving in my daddy’s car to the airfield, blanket on the hood, backs against the windshield/Back then this thing was running on momentum, love, and trust/That paradise is buried in the dust,” Flowers reminisces) eventually give way to the plaintive, foreboding lullaby “Be Still” and, on the deluxe version, early-‘90s breakbeats of “Carry Me Home” and another Jacques Lu Cont remix, all of which rob the album of its intended consistency, but serve as a welcome reminder that Flowers and company are indeed capable of living in the here and now. With their simultaneous emphasis on the pedal-to-the-metal triumphalism of rock’s yesteryear and their ultimate submission to tomorrow’s grinding machinery, the Killers’s new album may as well be called Battle Born This Way.