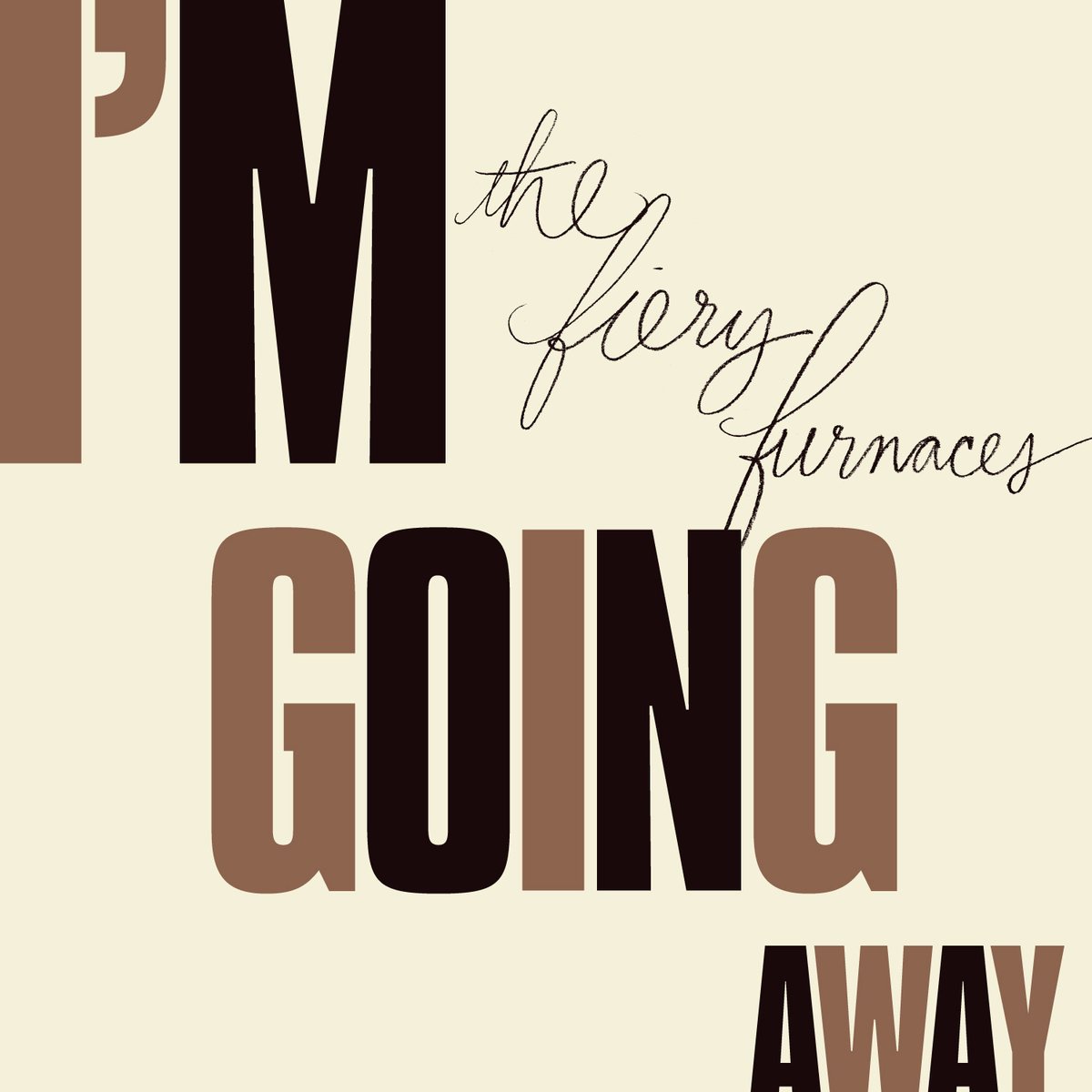 The Fiery Furnaces’s inherent theatricality has always been two-fold, expressed both in the Friedberger siblings’ geeky, elaborate travelogue narratives and their songs’ increasingly gargantuan scope. By their last album, this had resulted in compositions that puffed up into bizarre, steroidal Broadway castoffs. I’m Going Away still retains that edge of dramatic excess, but its songs, compared to those on albums like Bitter Tea and Blueberry Boat, are smaller, four- or five-minute ditties comprised of tight, clearly visible parts. The mountainous, unscalable feeling is gone.

The band claims that the stories they delve into here have more in common with the ‘70s sitcom Taxi than Titanic, which reads as a tacit admission of their need to simplify, pulling back from material that had grown nearly too big to approach. The easiest way to pull back is probably to start over from the beginning, and the band attempts to do this here, calling up the now seemingly distant, far more relaxed pose of their debut, Gallowsbird’s Bark—spare, rambling exercises that race along on little more than rangy guitar lines and overdriven piano.

The Taxi reference is claimed as the symbol of a sort of lyrical focusing for the band; in the album’s press release, they credit the thematic framework as one “provided by the lives of the people who use—listen to—the music.” But this stab at populism rings false when the real aim is clearly not a tightened lyrical focus but a much needed scale reduction. Besides, the lyrics here are not markedly different from the band’s earlier work, still torrentially stream-of-consciousness (sometimes to the point of annoyance), still wildly creative. The main difference is a newfound tendency to fall into bouts of repetition, with certain lines gaining a kind of pounding, ad-nauseam insistence.

This makes the album feel even more theatrical, albeit in a smaller sense. The constant use of repeated cues, small cycling motifs that eventually grow to define individual songs, creates shorthand definitions and takes the average size of each song down to one or two clearly defined sounds. The band still pairs drawn-out strings of words with dissonant backgrounds, but instead of a disjointed story about a lost dog set against 10 thousand looping synth lines, it’s the disjointed story of a lost shoe set against some crashing cymbals or pounded piano keys.

So what we end up with are effectively barebones show tunes, slimmer versions of the same material relegated to the rehearsal room, where there’s only a dusty piano and a single electrical outlet. Eleanor does most of the singing, with Matthew appearing infrequently, usually in a backup capacity. It’s a welcome change that reduces the band to its basic elements, yet for all the catharsis of stripping down, something has definitely been lost. Maybe it’s novelty, but I’m Going Away seems robbed of the madcap playfulness that made Gallowsbird’s Bark feel so genuine. The use of repetition as a substitute for size is intriguing, but in the end it has the same deadening effect as the band’s earlier use of overcomplicated compositions, creating music defined by a few overpowering elements rather than its intelligence or melodic dexterity.