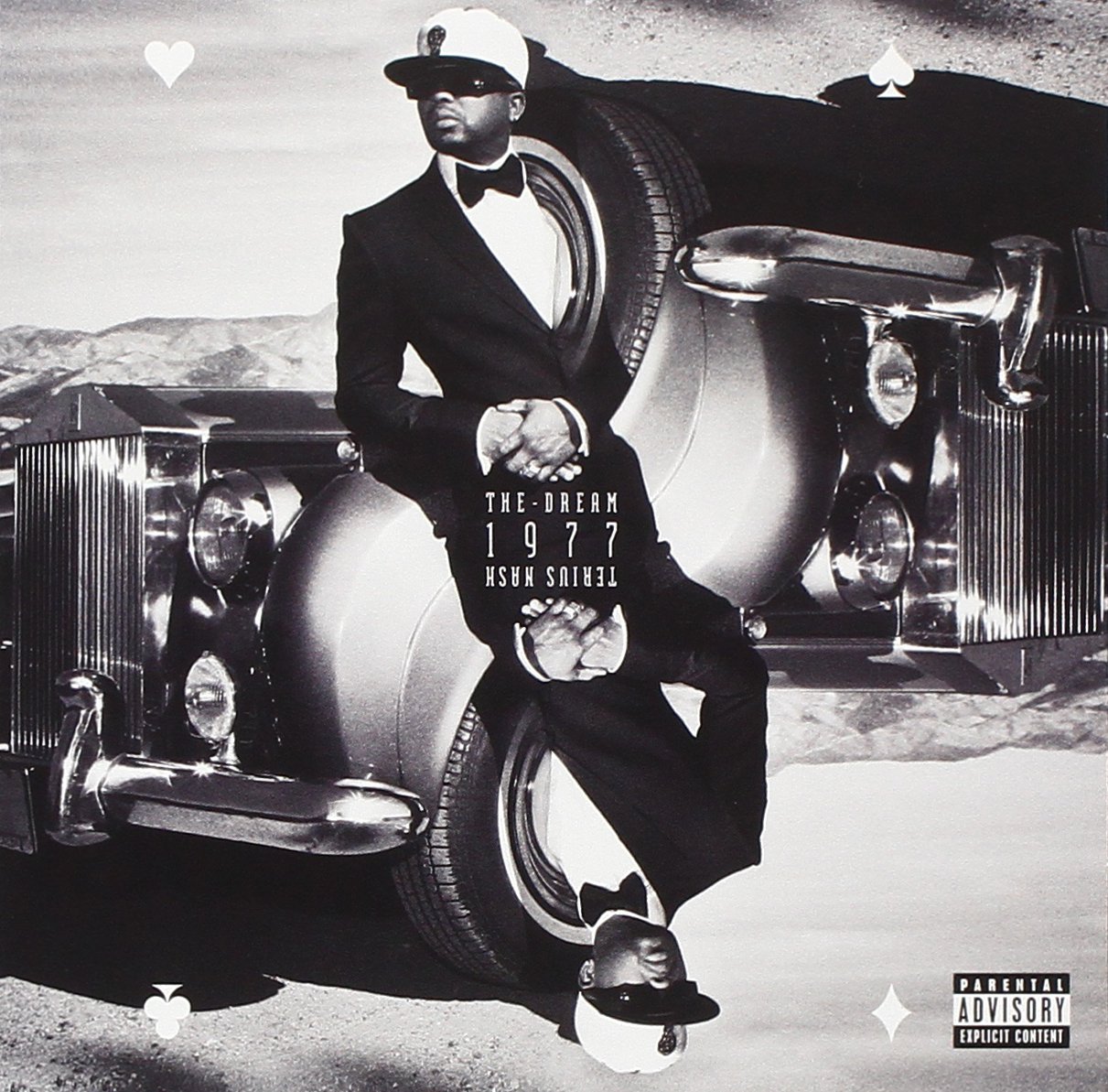 Terius Nash: 1977 isn’t a real album, a fact that even Def Jam seems to be subtly admitting by dropping it unceremoniously at the end of the year. The-Dream’s proper follow-up to Love King has been delayed for 17 months and counting, which has caused the label to scoop up this stopgap batch of tracks, released online for free way back in the summer of 2011, and deceptively repackage it just in time for the holidays. Yet even considering its table-scrap status, the album proves to be an essential listen: Most artists would be thankful to come up with something even this intermittently transcendent.

The-Dream, an egghead studio recluse, is the rare artist who enjoys both mainstream success and commensurate critical credit. This has to do both with the impressive string of hits for other artists that gave him license to record his own material, and the craftsmanship and ambition he’s applied to shaping every element of his sound. Terius Nash isn’t anywhere near perfect, but even its weaker songs displays touches of the fanatical perfectionism that’s likely kept him holed up in the studio for so long.

The-Dream’s fastidiousness is a quality that dovetails with his prevailing image: He may not be the coolest guy, the smoothest singer, or the sharpest lyricist, but he’s going to try his damndest to please you, a sentiment most clearly expressed back on Love vs. Money‘s “Put It Down,” with its description of the sexual magic he can work through sheer force of will. Terius Nash is full of the hallmarks of similar exertion, from the surprisingly gorgeous “Wedding Crasher” to the effusively self-aggrandizing “Real,” which could show Lil Wayne a thing or two about how to effectively employ a cheesy guitar solo. Not everything here is top-notch, including a characteristically unbearable Big Sean appearance on “Ghetto,” but there’s an impressive amount of grade-A material for what could have been a throwaway album.

It’s hard to distinguish exactly what makes The-Dream more than the R. Kelly impersonator detractors have accused him of being. There’s no single defining quality to his music; instead, his appeal has something to do with a mixture of raw ability, his refusal to undercut his songs with cruelty or irony, and a willingness to let the material stretch out and breathe. Beyond their immediate allure, the tracks here benefit from a profusion of weird touches that elevate and separate them from boilerplate exercises: It’s easy to enjoy “Tender Tendencies” a few times without noticing the creaky-ship atmospherics lingering in the background, or poke fun at the deadly serious maternal tribute “1977” before falling under its painfully earnest spell. Few people have such an acute ability to produce both surefire hits and sprawling experimental R&B, and Terius Nash highlights an artist who, even when not at his best, is capable of something approaching greatness.