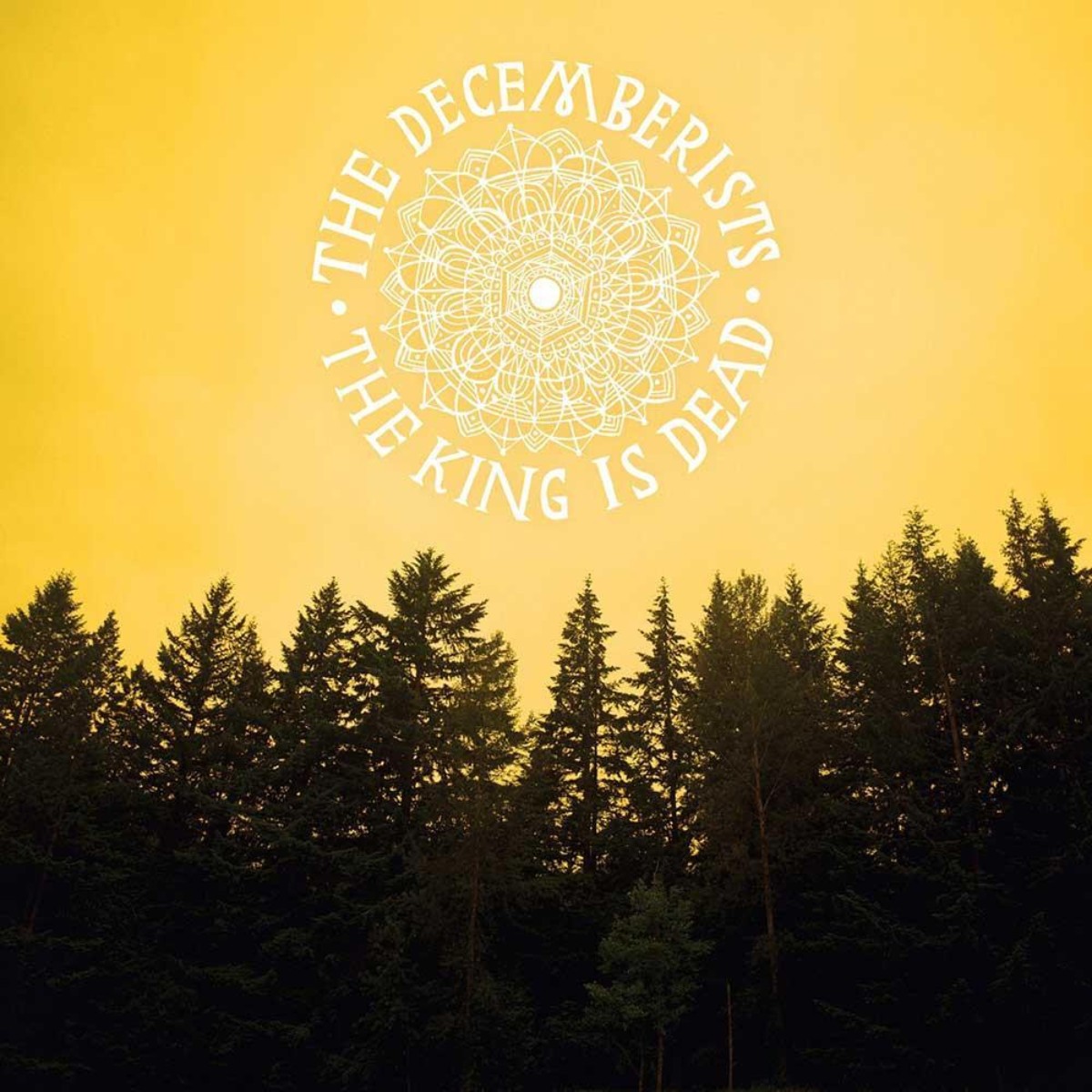 To the Decemberists’s credit, they’re committed to the idea of challenging themselves, of taking their brand of bookish songwriting in different directions with each new album. While their last effort, 2009’s The Hazards of Love, was undermined by its needlessly complex mythology and ornate folk-rock arrangements, the band’s latest album impresses for its relative simplicity. The King Is Dead drops the Decemberists’s fussy, often overworked period-piece fetish and aims for the accessibility of American folk music.

That stylistic shift generally works in the band’s favor. They’ve built their reputation on drawing heavily from the high poetics of the British folk movement, but the straightforward lyrics and arrangements that are hallmarks of American folk serve to rein in some of frontman Colin Meloy’s most cloying, nebbish tendencies. In lieu of extended metaphors about child murder, prostitutes, or unfortunate women who are ravaged by forest creatures, The King Is Dead consists of refreshingly direct songs. Opener “Don’t Carry It All” is a testament to civility and social justice, peaking with Meloy’s clear-voiced declaration: “You must bear your neighbor’s burden within reason/And your labors will be borne when all is done.”

The Decemberists aren’t necessarily known for uplift, but “All Arise!” and standout “This Is Why We Fight” champion the values of perseverance and cautious optimism. “When we die/We will die/With our arms unbound/This is why we fight” may not be the catchiest hook, but Meloy delivers the line with conviction, and the song’s forceful arrangement helps to turn it into something of a rallying cry. The minor-key arrangement on “Rox in the Box” is just as effective in making that track’s thin lyrical hook (“If you make it to 10/You won’t make it again”) play as an ominous warning, while the album’s preoccupation with the changing of the seasons comes to a head on the foreboding, oblique narrative of “Down By the Water.”

When The King Is Dead stumbles, it’s because the arrangements either do a disproportionate amount of heavy lifting on songs with weak lyrics, such as the meandering “June Hymn,” or because the production comes across as strident. The country flourishes on “All Arise!” and “January Hymn” aren’t a natural sounding extension of the Decemberists’s well-established aesthetic, and the use of harmonicas and banjos often sounds like someone thought those touches were simply supposed to be there as genre signifiers, not because they add anything to the arrangements themselves.

The immediately recognizable jangle-guitar that R.E.M.‘s Peter Buck brings to his guest appearances on “Down By the Water,” “Don’t Carry It All,” and “Calamity Song” is a far more organic addition to the Decemberists’s signature folk rock. Those tracks, which favorably recall early R.E.M. and the Replacements in both content and style, suggest the album The King Is Dead could have been had the band exercised more precise, more genre-aware editing.

House Playlist: Little Dragon, Shilpa Ray and Her Happy Hookers, and The Vaccines