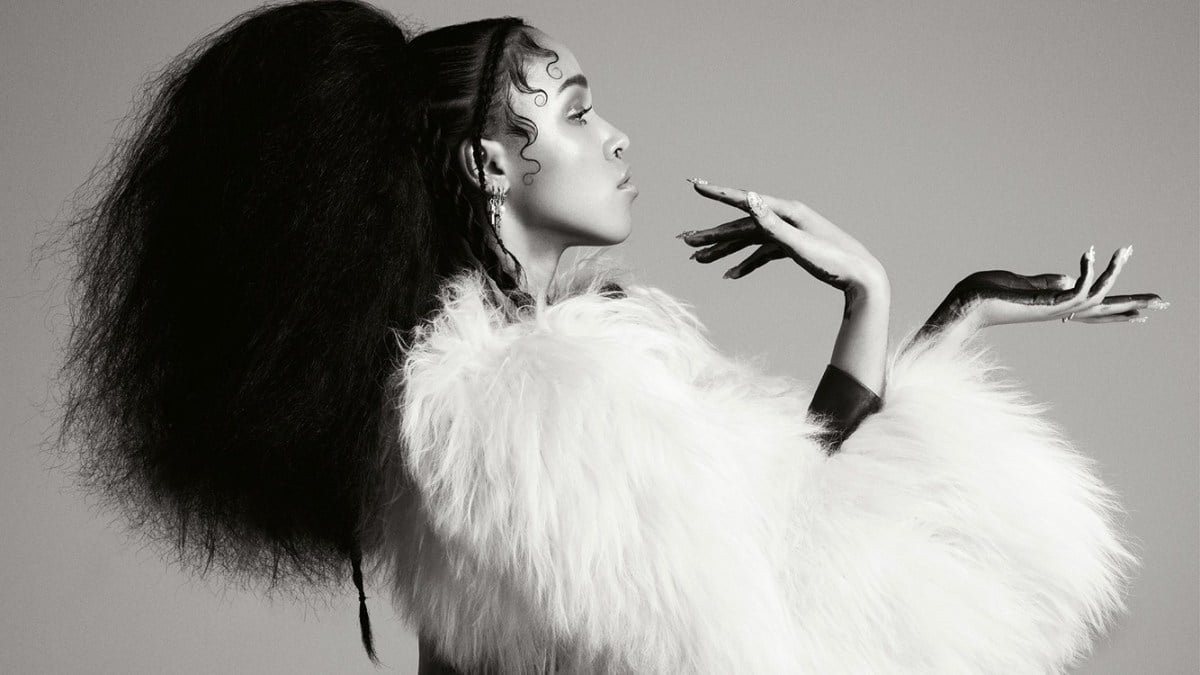 While it was happening, 2014 didn’t look like a great year for pop music. It was the loud moments, like the so-called booty war between Nicki Minaj and Jennifer Lopez and the release of U2’s Songs of Innocence as global spam, that dominated. Twerking remains a hot-button issue now that Taylor Swift has taken up the pastime. Pop culture’s pendulum trajectory swings between outrage and fatigue, but there are still things to celebrate. Rumors of the death of the album continue to be greatly exaggerated: Thom Yorke offered an alternative to both U2’s Apple monopoly and standard-label issues when he released Tomorrow’s Modern Boxes as a BitTorrent bundle, and Jack White almost single-handedly caused a full-blown vinyl comeback. The general lack of radio diversity was off-set by a press of provocative, artistically focused, and, yes, enjoyable albums (R&B, mostly by women, in particular ran the table this year), widely available on a rising number of platforms and streaming services like Spotify. We’ve done our best to curate them, selecting music, like FKA twigs’s vertiginous LP1, that consumes its forebears or innovates on the past (the War on Drugs’s gauzy slow jams) or at least chronicles it ironically (Sun Kil Moon’s off-kilter folk). Bass, treble, and St. Vincent’s ridiculously weird noises. We’ve got ‘em all. Caleb Caldwell

While pop EDM busied itself with sucking the joy out of its parent genre in the most expeditious manner possible, a French producer named Romain Poncet (a.k.a. Traumer) released one of the most sleekly exquisite dance albums of the year. Combining the neo-trance instincts of countrymen like Laurent Garnier and Voyager-era Daft Punk with the cool, relentless thump of late-‘90s Underworld, and a soupcon of free-jazz quirk, Takt should be both comforting to long-in-the-tooth ravers weaned on the titans of this earlier era and yet chockablock with the fierce propulsion of wild youth, a soothing but strange uptick in EDM’s mostly uninterrupted yearlong downward trajectory. Blue Sullivan

The Hold Steady has been called “America’s greatest bar band,” and a decade into their career, all the hard partying that goes along with that moniker seems to be taking its toll. That’s evident enough from the way Teeth Dreams sounds, with the band’s former reliance on big, crowd-pleasing riffs ceding to tense, paranoid dual-guitar tangles on growling rockers like “I Hope This Whole Thing Didn’t Frighten You” and “On with the Business,” courtesy of Tad Kubler and newcomer Steve Selvidge. But no matter how rough things get, nothing on Earth can kill manic, verbose frontman Craig Finn’s buzz. On “Spinners,” he sounds as convinced as ever in the near spiritual qualities of a great party night, and delivers massive power-pop hooks on “Wait a While.” Jeremy Winograd

23. Damien Jurado, Brothers and Sisters of the Eternal Son

Brothers and Sisters of the Eternal Son is a fantastic experimentation with the storytelling potential of the album format. Even while long-form television is experiencing a narrative revival, plenty of record labels and musicians have opted for albums that are essentially collections of singles (or failed singles). Across the album, Jurado, perhaps less hampered by any possibility of radio play, tells a strange, nonlinear story of a man on an endless journey for a utopia called Maraquopa. The images are deeply American and cultishly religious, featuring geodesic eyes, aliens, zodiacs, and the promise of a savior. The music, produced by the Shins’s Richard Swift, swerves between spare folk, and lush psychedelia. For an album so deeply concerned with alienation (“Do not disturb me/Let me be,” he sings on “Silver Joy”), Jurado’s ability to manage some levity and grace is one of the album’s true revelations. Caldwell

Flying Lotus’s assorted audiophile experiments reach a new peak on You’re Dead!, the Los Angeles DJ’s fifth album and finest to date, a far-ranging collection of crate-digger hip-hop in which the essential elements of the genre are boiled down and merged with those of others, flitting between jazz spontaneity and soul elegance with a distinct ear for fusion. Many albums attempt this sort of sundry radio-dial feel, but few achieve such a consistent, articulate effect in doing so, folding in quiet electronic touches alongside subdued contributions from big-name rappers, never disrupting the warm, delicate flow of vinyl-inspired sound. Jesse Cataldo

On English Oceans, Drive-By Truckers sound leaner and meaner than they have in well over a decade; it’s a pretty gritty, by-the-seat-of-their-pants album for a band 18 years and 10 albums into their career. It’s also the first album in the DBT oeuvre on which guitarist Mike Cooley goes from acting as a pivotal sideman to shouldering the songwriting load, penning six of the album’s 13 songs instead of his usual three or four, resulting in gloriously Stones-y chestnuts “Shit Shots Count” (complete with horn section) and “Hearing Jimmy Loud.” Not to be outdone, Patterson Hood contributes “Grand Canyon,” a sublime, sweeping elegy to the band’s dear friend and merch guy, Craig Lieske, who passed away suddenly in 2013. Winograd