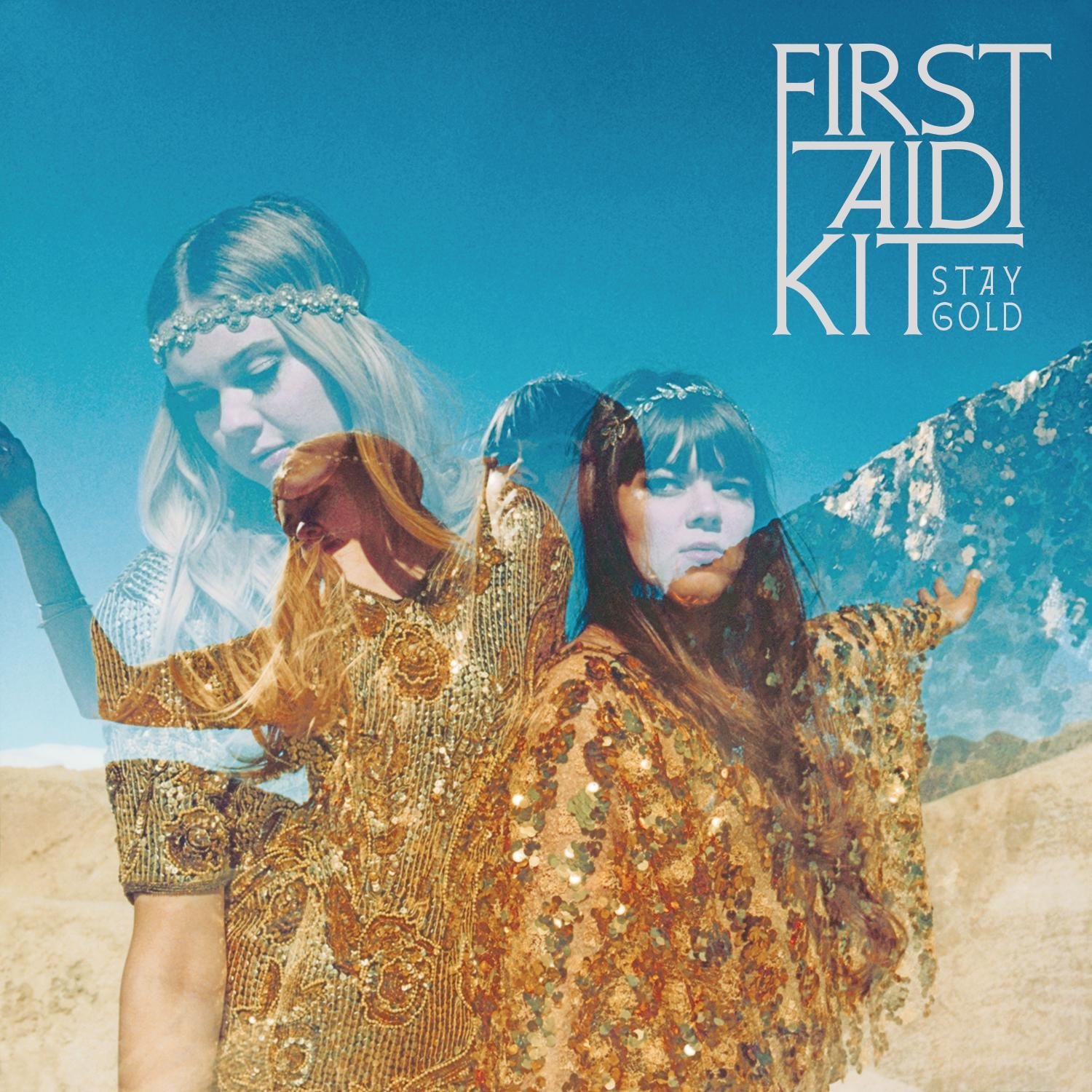 Ever since cutting their folkie teeth on a cover of the Fleet Foxes’ “Tiger Mountain Peasant Song,” Swedish sisters Johanna and Klara Söderberg have been successfully reimporting American folk-pop into the country—and like Mexican Coca-Cola, they make a credible claim to more authenticity than the domestic version. Their choices of Americana role models, including Townes Van Zandt, Leonard Cohen, and Fleetwood Mac, are impeccable, but First Aid Kit also guilelessly references a range of contemporaries, from Ryan Adams to Neko Case to Laura Marling. Stay Gold, their third album, is less intimate than their previous effort, The Lion’s Roar, but, backed by a 13-piece orchestra and gifted with a rare rapport and plangent voices, employed in close, modulated harmonies, the Söderbergs find their pitched balance in the melancholy and occasional loneliness of the quotidian.

The sisters share songwriting duties, producing vaguely literate lyrics with the grimly electric tug of existentialism underneath. (The album title and eponymous track are slightly obvious references to the Robert Frost poem “Nothing Gold Can Stay.”) The sound sometimes jars with the material, but it’s with a delicious dead-pan that the two women, hardly old enough to drink, deliver lines on “Fleeting One” like: “My life is a fleeting one/My work is just a web I’ve spun/Oh, my life is a setting sun.” The refusal to drop a knowing smirk lends potency to lines that lesser voices might render prone and lifeless. The gospel-infused stomper “Heaven Knows” takes a handful of country-music clichés—a lyin’ fool, much invoking of heaven, and some screaming about everything going “straight to hell”—and delivers them with compelling ferocity. Other highlights are more subtle: “Cedar Lane” would be a fantastic song with or without its arrangement, but the interplay between the violin and pedal steel adds an intriguing hint of tension, while “Fleeting One” features a series of melodic variations on the line “We are going to get out of here,” with the pair’s voices stretching vowels and bending notes in startling unison.

Producer Mike Mogis supplements the Söderbergs’ vocals without overwhelming them, adding fine details such as the austere woodblock on “Shattered & Hollow” and a wistful flute that haunts “The Bell,” while Nate Walcott’s arrangements for the Omaha Symphony Orchestra, prominent on lead single “Silver Lining,” lend gravitas and scope to the songs. If there’s a complaint to be made, it’s the generally over-prudent production and songwriting choices. Mogis serves up a few deliberate scuffs on the album’s burnished surface, some spaghetti-western guitars and shuffling snares, but they’re purely cosmetic, too close to the “easy road” rejected on “My Silver Lining.” Klara’s weirdly rapid delivery of the line, “I don’t know if I’m scared of dying, but I’m scared of living too fast, too slow,” recalls Regina Spektor more than Emmylou Harris and hints at a quirkier, livelier sensibility than the duo showcases on most of Stay Gold.