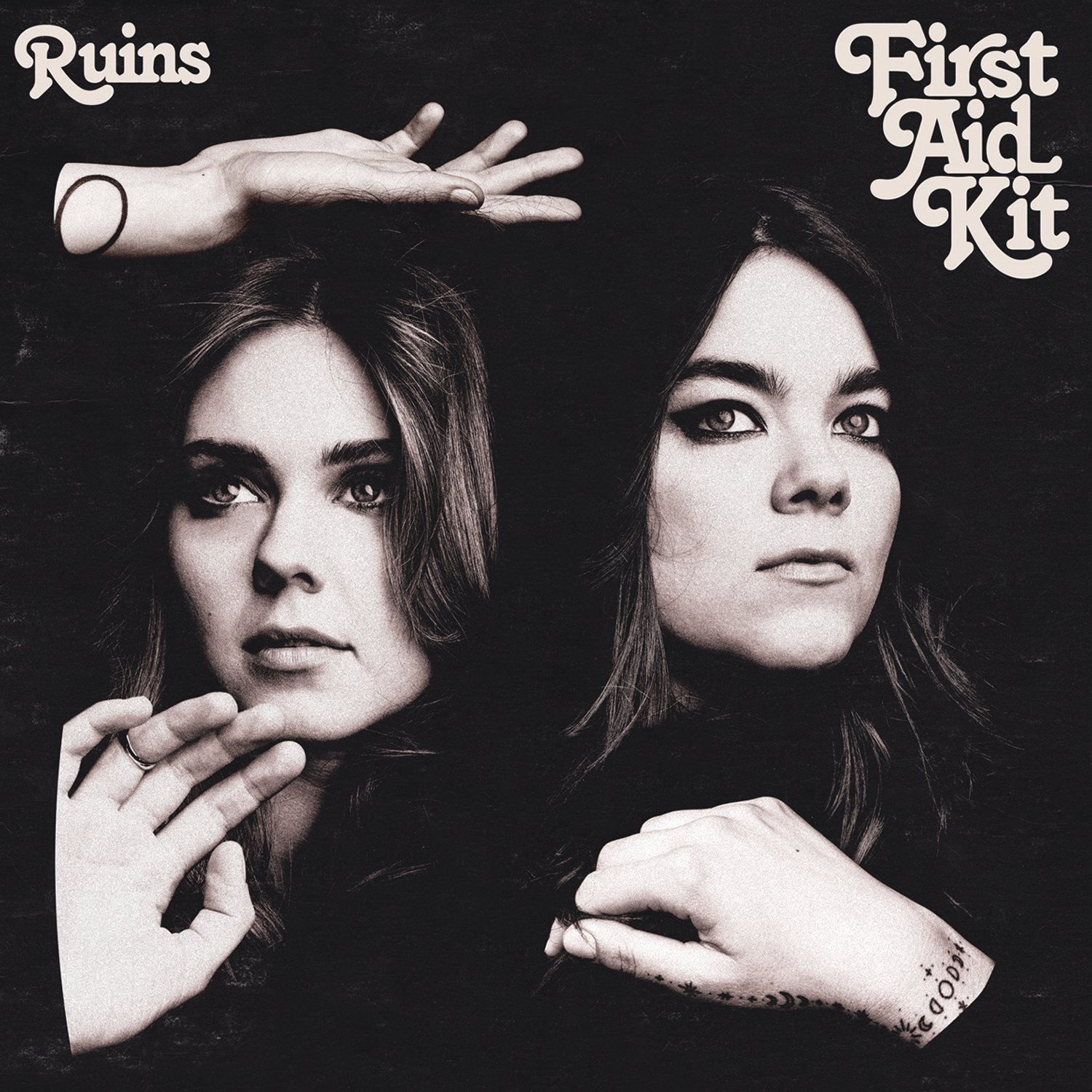 When Karin Dreijer Andersson, a.k.a. Fever Ray, signed them to Rabid Records about a decade ago, First Aid Kit’s Johanna and Klara Söderberg were just teenagers, too young to have had the opportunity to mold a musical identity beyond interpreting their heroes. They’re still young enough to only now be interested in transcending their infatuation with old Emmylou Harris and Bright Eyes records, but their natural idiosyncrasies—their angelic classical-style voices, hippie-ish sensibilities, and ornate orchestrations—have always kept their deep dives into American roots music sounding fresh.

Parts of their fourth studio album, Ruins, demonstrate that, with experience, First Aid Kit has gotten exceedingly proficient at imitating their favorite American artists. Breezing along with their customary melodic crispness, the Simon & Garfunkel-indebted “It’s a Shame” charms as much with its sly hooks as it does with its sense of nostalgia. Though more generic, “Postcard” may be the most authentic-sounding country song that the Swedish folk duo has recorded to date: You can practically hear the honky-tonk floorboards creaking beneath the sighing pedal steel and loping guitar strumming. The drunken group refrain that closes “Hem of Her Dress” similarly sounds like something one might hear wafting out of a Tennessee barroom.

The album’s lyrics are full of heartbreak and dashed dreams, so perhaps it was the Söderbergs’ fragile state of mind that inspired them to venture tentatively out of their comfort zone. Certain songs suggest the pair could end up mimicking Ryan Adams’s transition from Americana to boilerplate indie rock; the quiet, finger-picked “To Live a Life” certainly indicates, if the rest of their catalogue hadn’t already, that they’re intensely familiar with Adams. “Fireworks” is bold in conception, if not as much in execution. The acrobatic, scale-traversing vocal melody and classic soul underpinnings are undercut somewhat by thin, trebly electric guitars playing bland arpeggios, recalling a bloodless indie sound that’s been dated since the mid-2000s. Conversely, the dramatic “Rebel Heart” is a similar but more effective take on an electric First Aid Kit sound, with a sparkling outro built on rapid, overlapping guitar trills.

While that song suggests that the sisters have room to build on such a template, other moments throughout Ruins hint at a much more interesting path. The hazy electronics that burble beneath the surface of “My Wild Sweet Love” and the ruminative title track suggest an experimental aesthetic that emerges more fully formed on the show-stopping closer “Nothing Has to Be True.” Building to a huge crescendo of synths and squalls of feedback, it maintains First Aid Kit’s earnest emotionality while daring to dabble in jagged dissonance. The way it ends, with a distorted drone that cuts off abruptly, mirrors the duo’s overall evolution—and how it’s yet to come to fruition.