In my introduction to Slant’s list of the 100 Best Albums of the 1990s, I described nostalgia for the decade as “an idealized vision of a time when Bill Clinton was the fresh, young Democrat on the block, beepers were the hottest new tech items, and every major record label and Top 40 radio station was scrambling to discover the next big alternative to run-of-the-mill pop.” I went on to lament: “It’s human nature to look back on things with irrational fondness and nostalgia, overlooking the bad and romanticizing the good. But while the ’90s had its fair share of ‘crap,’ it’s hard to deny that the ‘good’ was exceptionally good.” So good, in fact, that we decided to dust off our lovingly curated list of over 400 albums to compile individual Top 10s for each year of the ’90s. Many of these titles are already widely—and rightfully—celebrated, but these lists also give us the opportunity to honor some typically overlooked gems. Sal Cinquemani 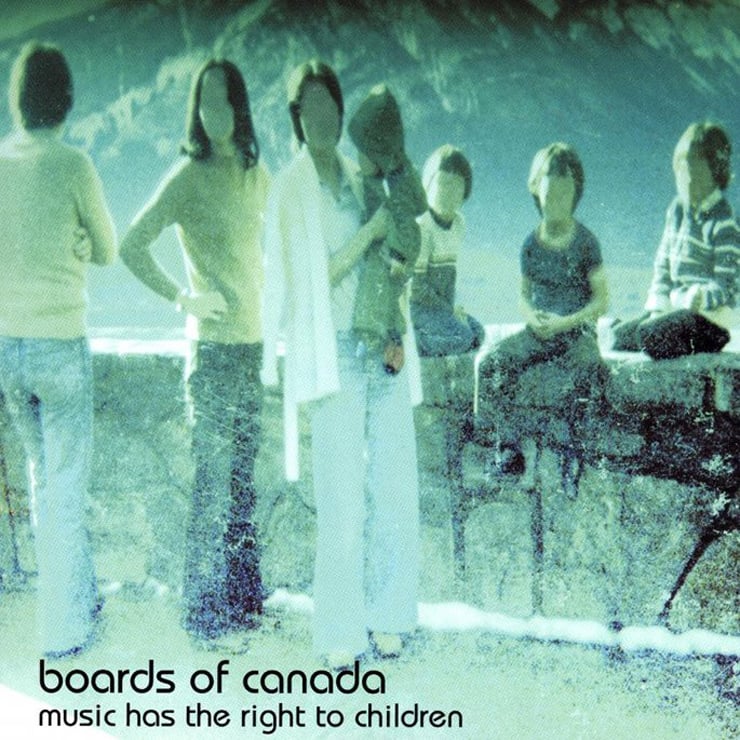 10. Boards of Canada, Music Has the Right to Children

When an album is described as experimental or difficult, it’s often assumed that it won’t be much fun to listen to, and, at worst, that listening to it will be something of a chore, at least until the listener “gets” the album and can thereby enjoy it as they would with more accessible pop fare. Music Has the Right to Children nearly fits that description, with the crucial difference being that its mystery is its most powerful draw: You almost feel that “getting” the album would allow one to put it away for good, like a piece of homework that’s been completed. But the album is a sonic puzzle without a definite solution, its nostalgic tone poems, found sounds, and cold android pastorals interlocking into a unified work of right-brained electronica that’s as entrancing as it is esoteric. Matthew Cole 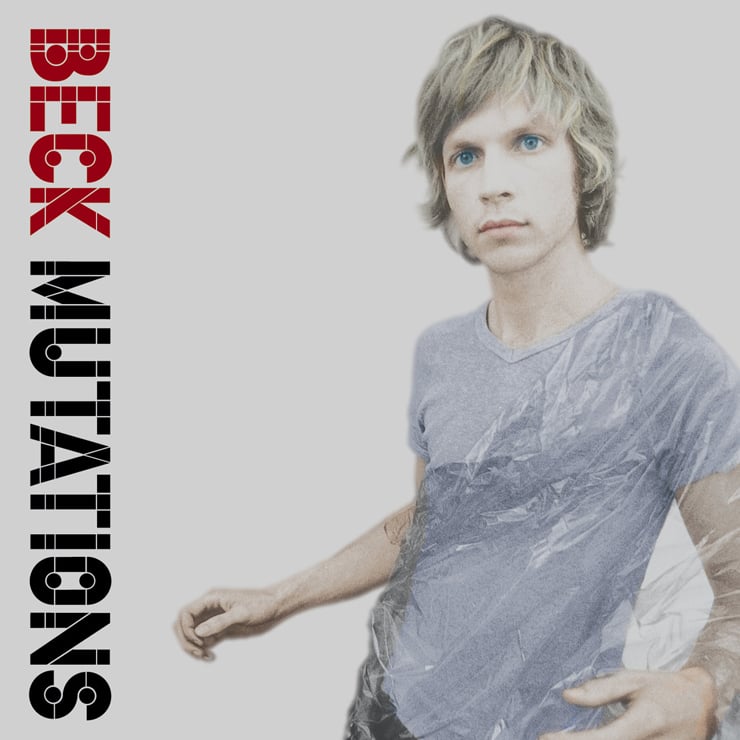 The ’90s was the decade that gave rise to the alt-country movement, which ultimately resulted in a whole mess of sound-alike troubadours and bar bands trying to be Uncle Tupelo, Steve Earle, and Lucinda Williams. Rather than standing as an alternative to anything, alt-country ended up as a woefully homogenous subgenre. Beck’s Mutations, however, stands as a shining exception to that trend. Borrowing heavily from country, blues, and folk, Beck’s highbrow junkyard aesthetic has rarely been put to better, more inspired use, and the mournful “Nobody’s Fault But My Own” and wry “Cancelled Check” are among his most sharply written songs. Mutations could have redefined alt-country for the better, had it not been dismissed as a one-off and ended up as a curiosity. Jonathan Keefe 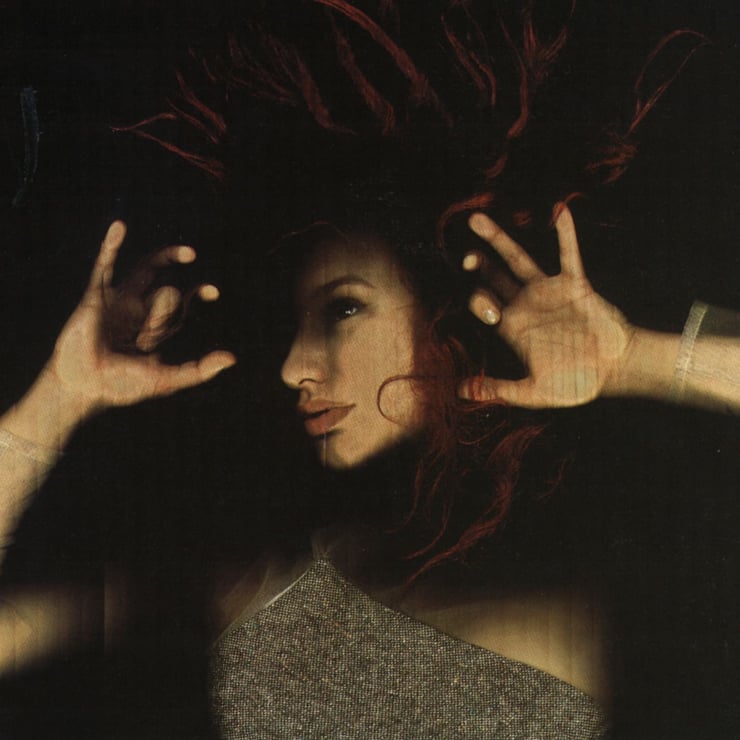 8. Tori Amos, From the Choirgirl Hotel

By the early 1980s, it seemed like almost every pop-rock act had recorded a one-off disco album. In the late ’90s, it was electronica’s turn, with countless artists half-heartedly applying the aesthetic to their respective sounds. Tori Amos’s willingness to push herself crimson-haired headfirst into the genre, however, rendered From the Choirgirl Hotel a surprisingly authentic entry in the canon. The album’s textures and industrial-rock beats are married perfectly to Amos’s tortured, self-lacerating lyrics, which, reflecting on her anguish over a recent miscarriage, are exemplary of the singer-songwriter’s expertise in turning personal tragedy into catharsis for both performer and listener alike. Cinquemani 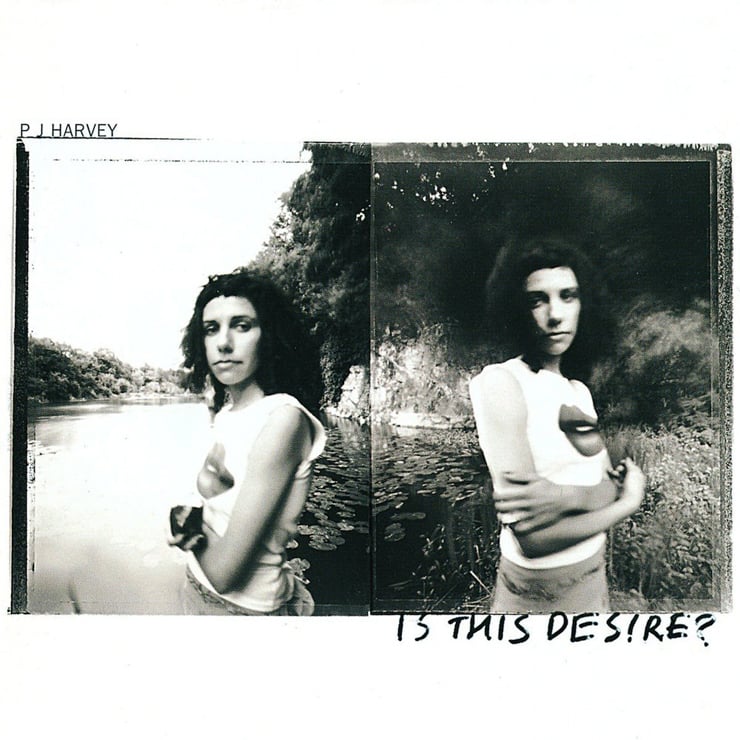 She is woman, hear her growl, shriek, tremble, and weep. The songs of faith and devotion that make up Is This Desire? are haunting elegies to women (whores and Madonnas alike) gripped by loneliness, wanting for rapture, united across time—a singular theme luxuriantly fleshed out. The happiest song queers the story of the Garden of Eden, but even that one ends in trouble. A lover’s kiss, like a trip to the river, brings solace, but doubt always lingers on the horizon. There will be gods, angels, and whales, but the mythic mood is never fatuous. Armed with some disarming melodies, PJ plays the prophet, delivering her gutsiest vocal performances to date, mystifying her characters’ insecurities with dazzling, freakish intensity. She is their Mary, and she weeps blood for them. Ed Gonzalez 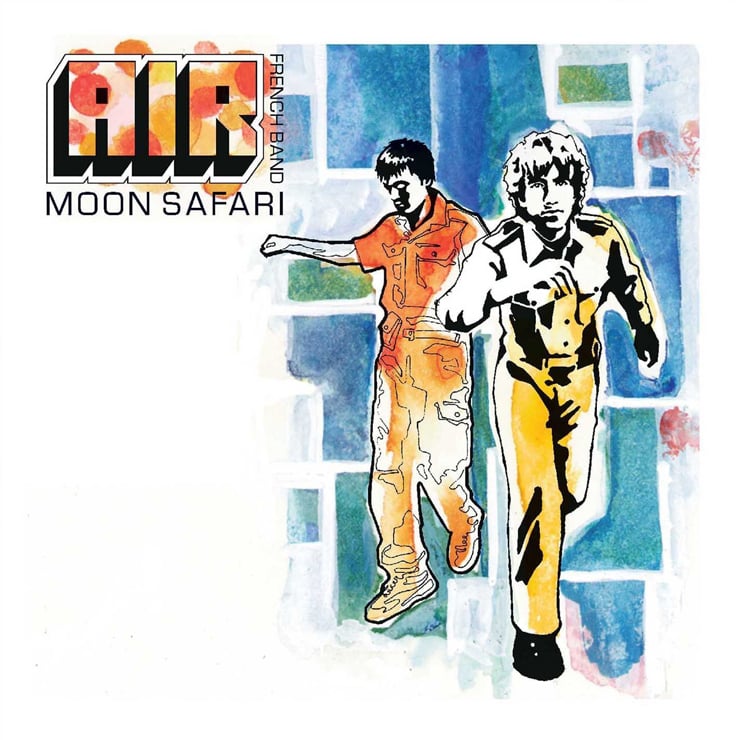 Reinventing space-age bachelor-pad tunes for the computer generation, Moon Safari is all cheesy excess cut with ambient simplicity, from the sleepy repetition of “Sexy Boy” to the hazy “New Star in the Sky,” where whispered lyrics are delivered as barely discernable Vocoder murmurs. So much influence gets processed here, from vintage Eno ambiance to easy listening piano and found-sound experimentalism, that the uniformity achieved by the final product, where each track feels unique but distinctly marked by a singular hand, is amazing. It may not be one of the first albums to sound entirely produced by machines, but it’s one of the few to retain its insistent humanity while doing so. Jesse Cataldo 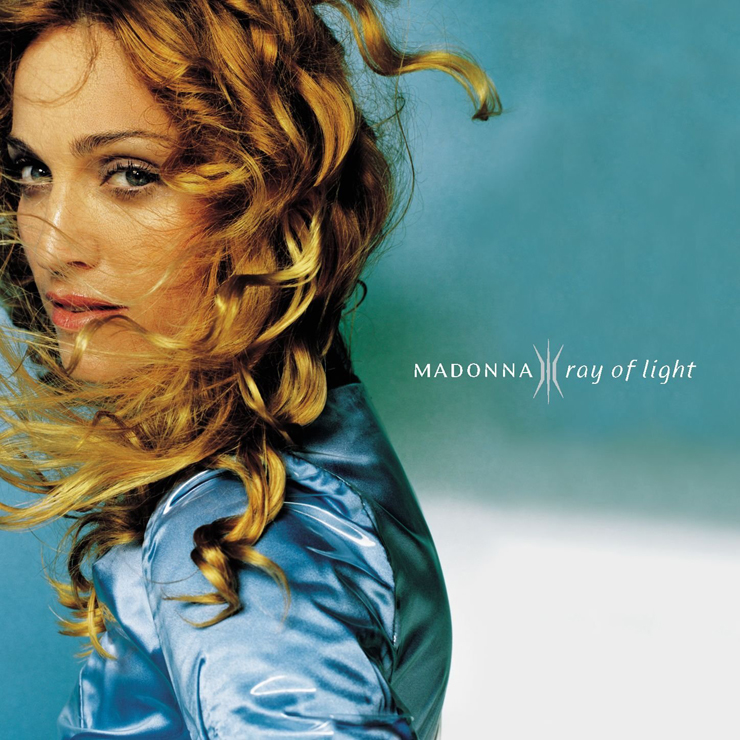 Don’t call it a comeback. Because while Madonna’s immediately preceding genres of choice—R&B, adult contemporary, Broadway—were quickly rendering her relevance a thing to be admired only in the past tense, her chart prowess was still in fine form. No, Ray of Light was a rebirth, the sound of a queen, sitting on her throne, taking inventory of her icy, empty fortress—and not liking what she saw one bit. From “Drowned World” to “Frozen” to “Mer Girl,” water is a recurring theme, serving as a symbol of purification throughout. Madonna’s lyrics are notably devoid of any trace of cynicism here, and though it’s tempting to interpret her “answers” as obvious or absolute, it’s her sense of wonder and searching—and, of course, Patrick Leonard’s gorgeous melodies and William Orbit’s immaculate yet playful production—that elevates Ray of Light above mere trend-chasing New Age hogwash. Cinquemani 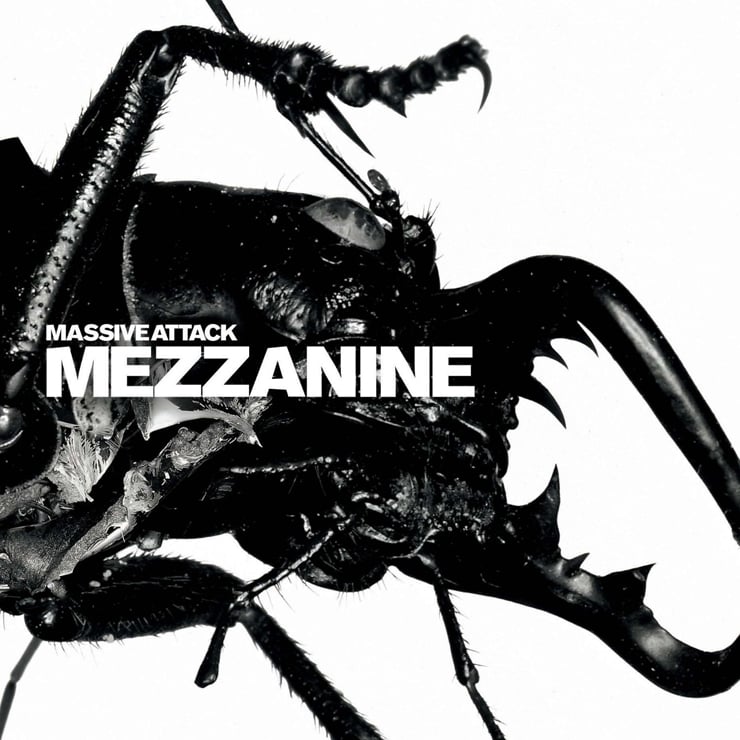 Massive Attack’s Mezzanine boasts the strongest opening sequence of the ’90s and one of the strongest opening runs of the rock era period. “Angel,” with its dirty, druggy bassline is the heaviest track in Massive Attack’s catalogue, while “Risingson” serves as a warning to the club scene where the group made their name. “Teardrop” may have lost some of its luster thanks to its use as the theme song to House’s procedural healthcare snark, but it still works as the album’s moody centerpiece, and “Inertia Creeps” follows it with a structurally brilliant, ominous tone poem. The remainder of the album is fantastic on its own merits, but it’s that Side One that makes Mezzanine a classic. Keefe 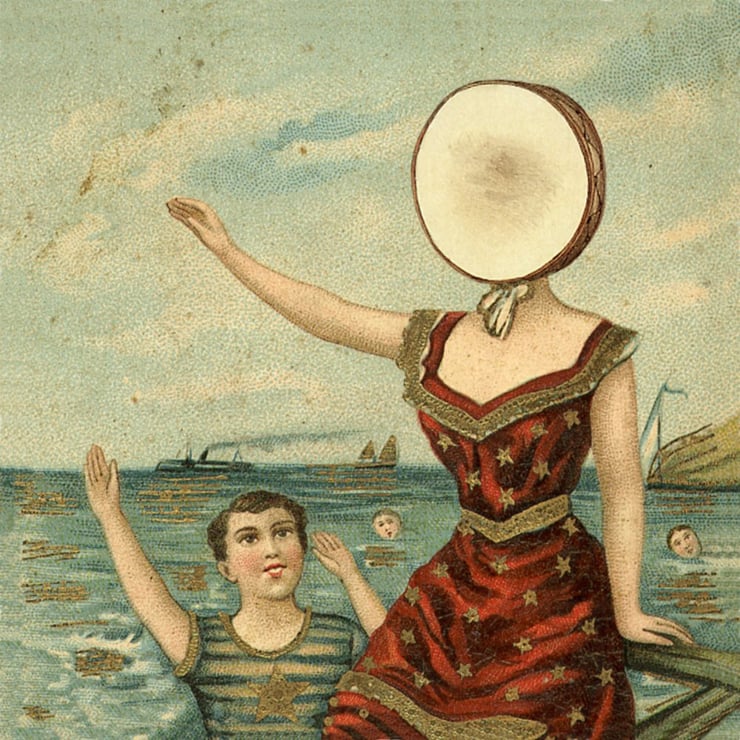 3. Neutral Milk Hotel, In the Aeroplane Over the Sea

Underneath all the marching-band tempos and piles of instrumentation, In the Aeroplane Over the Sea stands out as one of the most effective examples of dread cloaked in bright, hammering noise. From the three-part intro of “King of Carrot Flowers,” where a solitary acoustic strums are slowly buried by a clamoring wave of new sounds, these songs act as exercises in raw emotion padded with the kind of busy din that distracts from the heartrending gloom of the lyrics. Over everything is the quivering voice of Jeff Mangum, the de facto force behind this singularly sustained explosion of melancholy. Jesse Cataldo 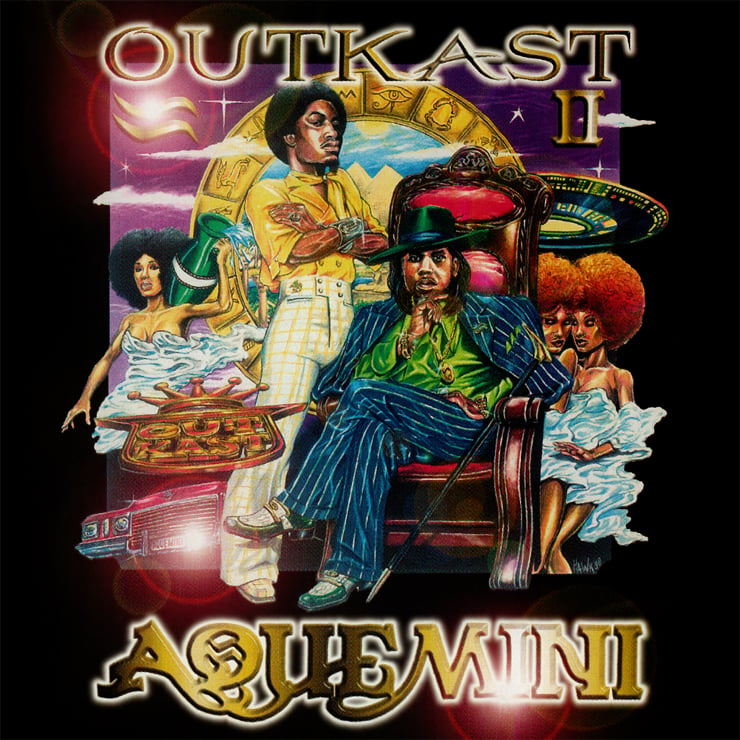 The first time I put on Aquemini, it took me four or five listens just to get past “Return of the ‘G.’” At that time, I knew André 3000 as the hyperactive jester behind “B.O.B” and “Hey Ya.” On the first track of Aquemini, though, he’s out the gates with a blistering attack on self-styled gangstas, the intensity of his anger and his rapid-fire flow contributing to what I still consider one of the greatest rap verses ever delivered. Having dispatched their detractors, André and Big Boi spend the next hour creating worlds: “SpottieOttieDopaliscious” and “Da Art of Storytellin’ Pt. 1” are novelistic and emotionally subtle, and “Aquemini,” “Liberation,” and “Storytellin’ Pt. 2” are cosmic in scope. Name anything you liked about hip-hop in the ’90s and you can find it on Aquemini. Cole 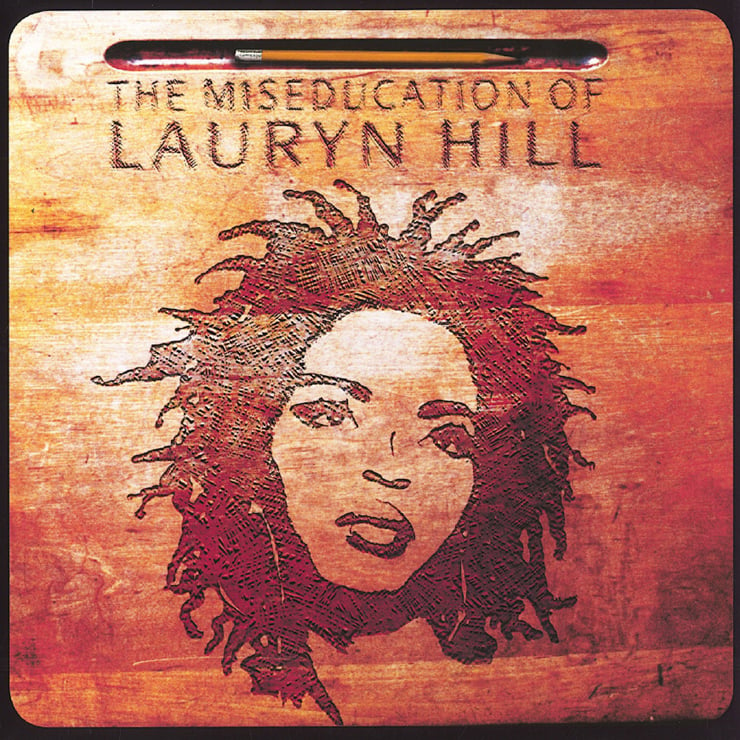 Ten years ago, Kanye West rapped: “Lauryn Hill say her heart was in Zion/I wish her heart was still in rhymin’/’Cause who the kids gon’ listen to?” Kanye’s song is called “Champion,” and The Miseducation of Lauryn Hill made Hill exactly that to a whole generation of hip-hop fans and performers. She could rap with any male MC in the game and hold her own with any R&B diva, but what made her a genuine icon was the way that she imbued every one of her songs with fierce intelligence and emotional nuance. The classroom seminar skits that structure the album aren’t just shtick: They convey Hill’s awareness that she had nearly transcended the role of entertainer, that when she laid it all on the line in unflinching songs like “To Zion” and “Lost Ones,” she was closer to being, to borrow a phrase from Erykah Badu, a “master teacher.” Cole