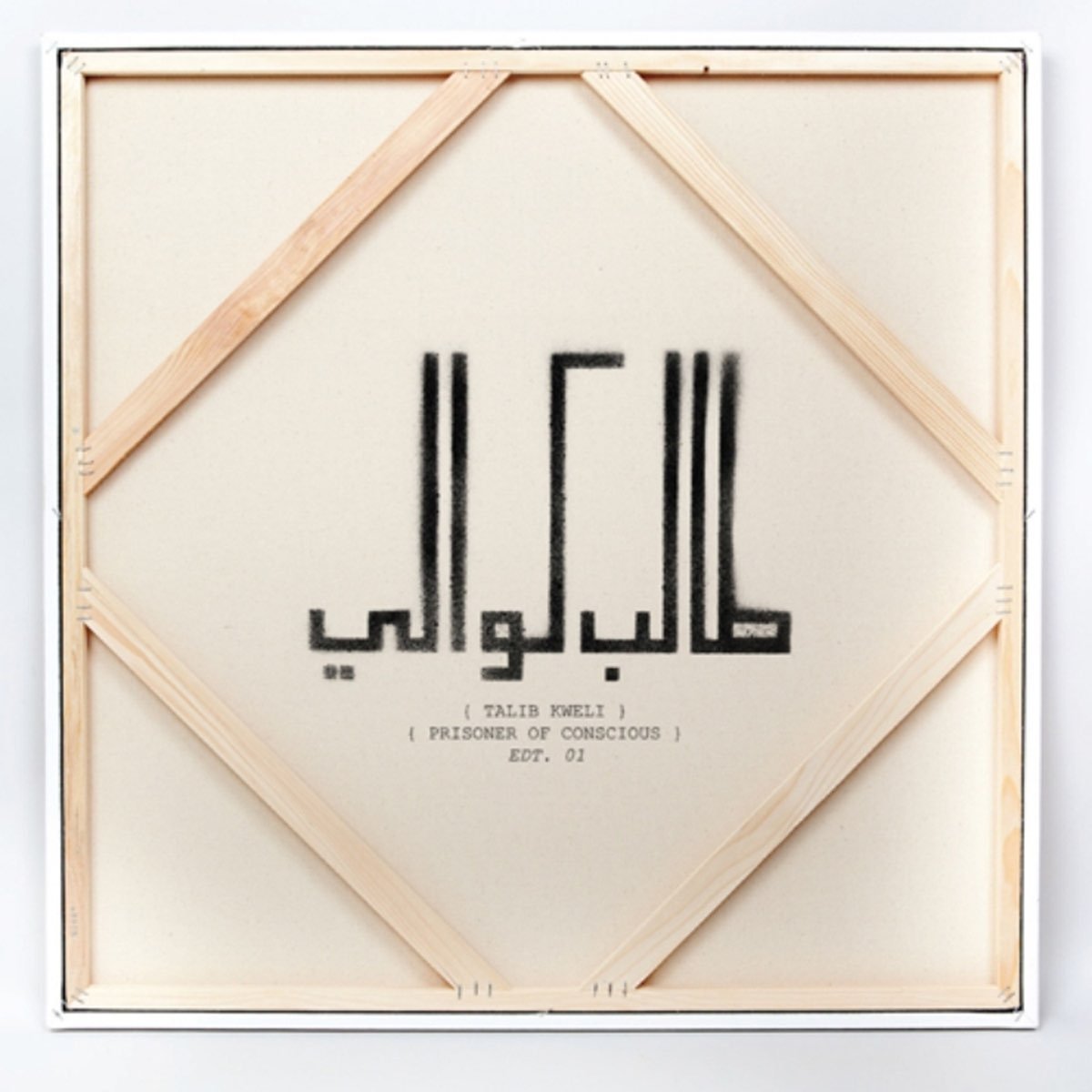 The title of Talib Kweli’s sixth album is a neat semantic trick. It hints at political imprisonment, but Kweli’s real beef is with the shopworn label “conscious,” as in “conscious rap,” or “socially conscious rap,” a tag bestowed often without much conscious thought on any hip-hop artist whose lyrics aren’t purely about drugs. To Kweli, that taxonomical style of listening is a craven way for fans to claim taste as virtue. More important, this type of thinking can ghettoize an artist’s work, turning casual hip-hop listeners away. Prisoner of Conscious, then, is Kweli’s jailbreak, a rarely remitting volley of rhymes that run from word association to extended polemics. To hell with ostensible virtue, is the message; get ready for the eargasms.

Kweli plays well with others, most famously with Mos Def in Black Star and Hi-Tek in Reflection Eternal, but his solo work is his most propulsive: one man and one mic in an eternal battle against rhythmic expectations. More than any of his previous albums, Prisoner of Conscious is the sound of Kweli performing art for art’s sake, hip-hop for the sake of hip-hop, with hardly a homily to be found. The opening, an Occupy Wall Street-style “mic check,” is a piece of misdirection leading into “Human Mic,” a metaphor among the Occupy movement that Kweli repurposes as an artist’s manifesto. Is he bragging? Yes. But the point is how well he brags: “The most prolific ever/The most consistently vicious/We be rippin’ it like a shredder/This is some symphony hall shit/Higher than Fassetta/Gettin’ better/Droppin’ a pearl on every jam like Eddie Vedder.” After all those assonant, coiling rhymes, the hip-hop listener is conditioned to expect a lucre-based boast about “cheddar.” Instead of the usual cheese, though, Kweli offers an obscure opera reference (Iseppo Fassetta was a 17th-century theater architect) and a pretty great Eddie Vedder joke. That’s a pearl for sure, and he drops at least one on each track, rhyming “Tutankhamen” with “Chupacabra” (it works!) and delivering a sharp diatribe against social conditioning on “Turnt Up”: “It’s hard not to swim in all the bullshit that they feed us/Intravenus/Like a cord from the womb to the fetus.” In more personal moments, Kweli takes time to marvel at the robust consistency of his own semen.

Rap’s requisite invective often involves a certain amount of music criticism; the genre is uniquely self-critical, though of course not always for the right reasons. On “Come Here,” over African drums and Miguel’s smooth croonery, Kweli tells one nameless hack that “ya whole style is colder than Minnesota,” a diss as harsh as Duluth in January. Elsewhere, the aspirational, Curtis Mayfield-once-removed strings of “Push Thru” underpin a strong verse from Kendrick Lamar, and Busta Rhymes makes a welcome appearance on “Rocket Ships,” delivering a delightful verse full of change-ups and self-interruptions. Nelly, sadly, doesn’t pull his weight on “Before He Walked,” but soon Kweli swoops in to make the most programmatic statement on the disc: “So you respecting/The conscious and introspective views/But let me tell you what’s best to do/My music gives you a message, true/All respect is due/But music is emotion/That is lost to the intellectuals.” Amid all that enjambment, Prisoner of Conscious’s message crystallizes: This isn’t an undergraduate poetry class. Stop categorizing and start feeling.

Review: Iggy and the Stooges, Ready to Die