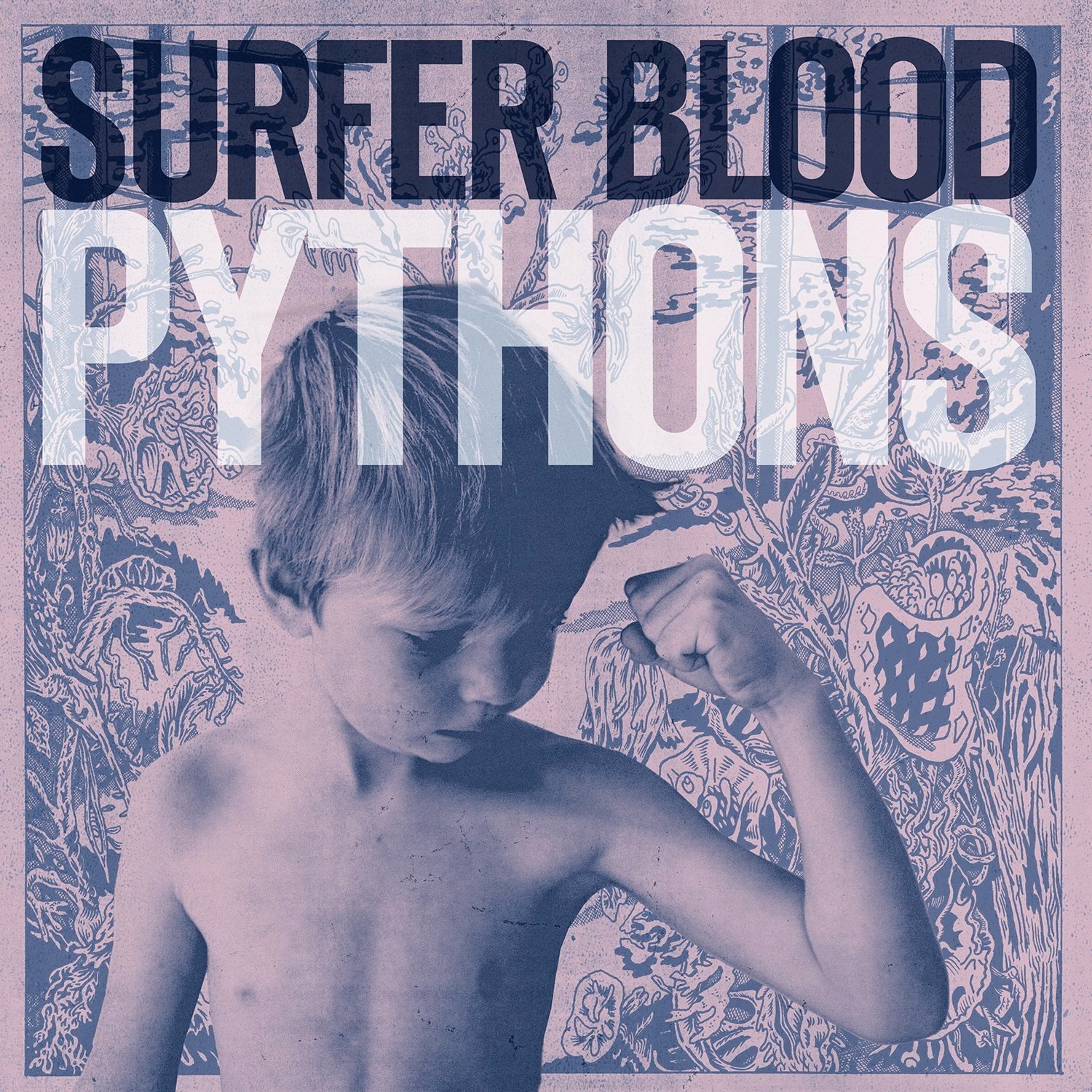 Floating somewhere between the beach-pop revival and guitar-geek fixations of the late aughts, Surfer Blood’s debut was a solid example of contemporary cross-pollination, matching breezy melodies with tightly wound, technically accomplished musicianship. The absorption of of-the-moment signifiers, including scraps of African polyrhythms and Latin percussion, contributed to tightly composed songs that prescribed relaxation while remaining edgy and tense. While not stretching for any special level of ambition, the album did a couple of things really well, namely constructing addictive, gradually building guitar lines within the context of a stifling atmosphere of free-floating dread.

These are all things that the band’s follow-up, Pythons, does less well. The dread is gone, the tightness has relaxed, and there’s little-to-no sense of prevailing identity, which makes for an album full of limp power pop without much gravity or consistency. The guitar tone is still sharp, the mixing is crisp and coherent, and the drumming is solid across the board. But these bits of competence are nothing without the ineffable little touches that make albums resonate, and they’re even less effective when paired with the uninspiring songwriting on display. While the songs are still catchy at times, they simply don’t have the same depth as those on Astro Coast, and often feel dumbed-down and drained of enthusiasm, which further highlights the lyrical shortcomings that have always been a weakness.

Whether the result of the transfer to major-label prominence, the nebulous pressures of the sophomore slump, or just the travails of professional recording sessions, Pythons is less dynamic than its predecessor, with fewer chord changes and less overall complexity. The profusion of simplistic A-B-A-B rhyme schemes is enervating, as is the habit of copying vocal patterns from compatriots like Best Coast. All this contributes to an album that lacks any clear sense of identity, with influences once again drawn from all over the modern-rock spectrum, from Weezer-style dirges (“Slow Six”) to bratty pop-punk screeds (“Gravity”) to soaring epics (“Squeezing Blood”). The difference is that each song sounds like a typical test case of some borrowed style rather than an integration of those inspirations, a technique that leaves the album pointed more toward scattershot mediocrity than anything else.