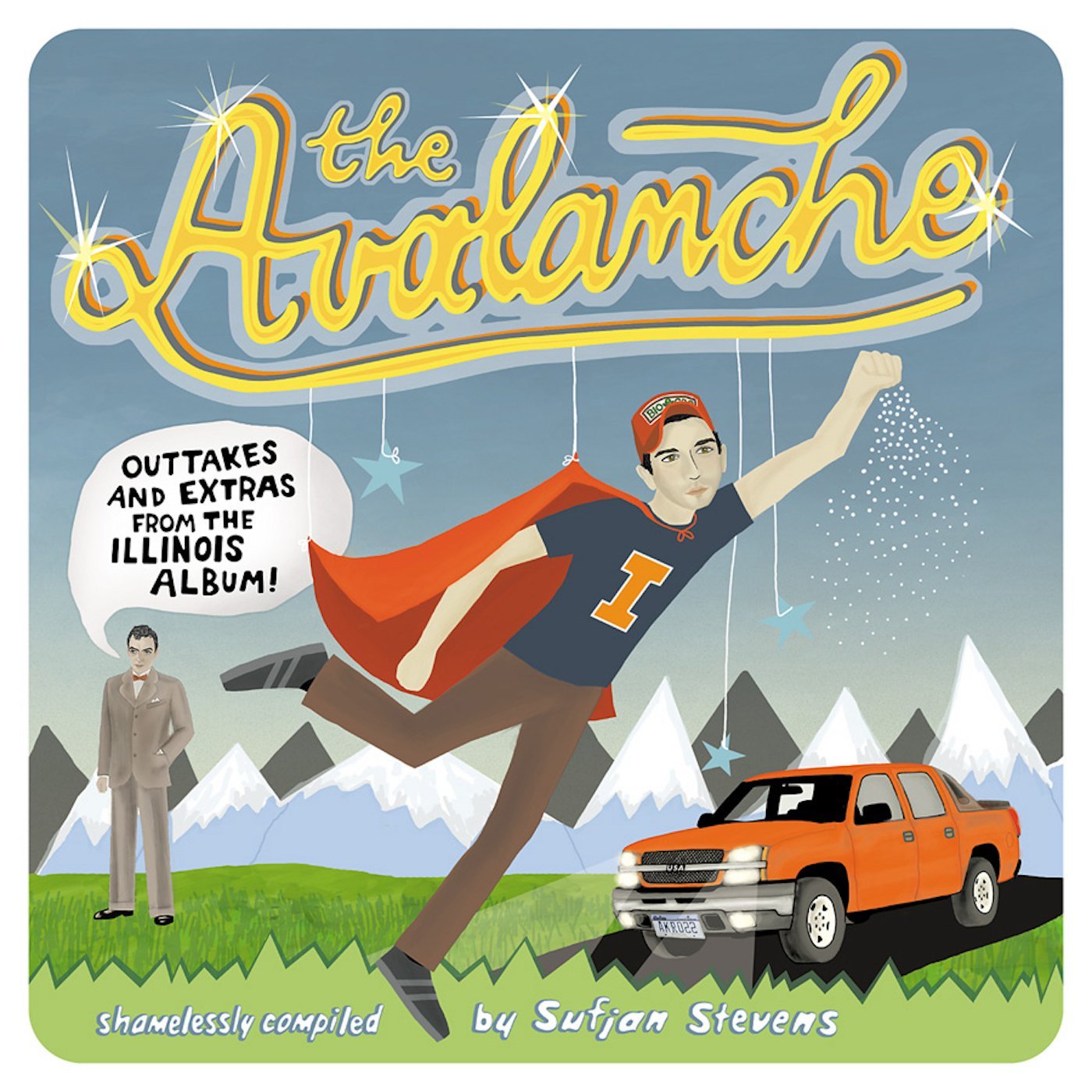 The one common objection to Sufjan Stevens’s Illinois that has gained some footing in hindsight—as opposed to the petty, “the song titles are jackass” complaints or the point-missing, “No one from Illinois would write those songs that way” arguments—is that it’s an album in need of some selective editing. What’s “epic” in scope to one listener is “bloated and overlong” to another, and the album’s 22 tracks give plenty of discussion fodder as to which songs could’ve been cut to make for a tighter record.

The Avalanche: Outtakes & Extras From The Illinois Album gives that criticism perhaps even greater weight. From the nearly 50 songs that Stevens composed for the project, originally intended to be a double album, another 21 (counting three new versions of the second movement of “Chicago”) are packaged here as something that only rarely feels like a collection of B-side material. Stevens is entirely too meticulous and entirely too smart to release the album just for the sake of putting every last line or melody that ever popped into his head into the market—that’s why we have Ryan Adams. Instead, most of these tracks are obviously paired with a song from Illinois, making The Avalanche something of an exercise in complements and contrasts.

That said, the album’s appeal isn’t limited to the kind of scrutiny that’s only interesting to music critics. While the songwriting and compositions are great-to-extraordinary in exactly the same way as the songs on Illinois—regardless of one’s opinion of Stevens’s writing, it’s hard to argue that he isn’t consistent—and in roughly the same ratio (here, the somewhat interchangeable songs are bookended by the second and third “Chicago” versions), The Avalanche is often a livelier album than Illinois. As wrenching as “Casimir Pulaski Day” or as unnerving as “John Wayne Gacy, Jr.” still are, Illinois didn’t have an obvious choice for a pop single. The Avalanche, in contrast, is frontloaded with at least four tracks—the title cut, “Dear Mr. Supercomputer,” “Adlai Stevenson,” and “The Henney Buggy Band”—which cast Stevens’s local color writ-large narratives in the kind of instantly memorable melodic hooks more commonly expected from indie-pop acts like The Boy Least Likely To or Belle and Sebastian.

Since The Avalanche is still ostensibly an album of outtakes, there’s perhaps an even stronger case to be made for excising the instrumental cuts this time, but that’s only a minor quibble in the overall scope of Stevens’s Illinois project, and it’s even more inconsequential when taking The Avalanche as an opportunity to delve even farther into the creative process of a songwriter as gifted as Stevens. Rather than the degree of pretense in song titles like “The Mistress Witch From McClure (Or, The Mind That Knows Itself),” the more interesting discussion to be had about The Avalanche is whether it says more about Sufjan Stevens or everyone else that a collection of even his second-tier material ranks among the most superior releases of the year.