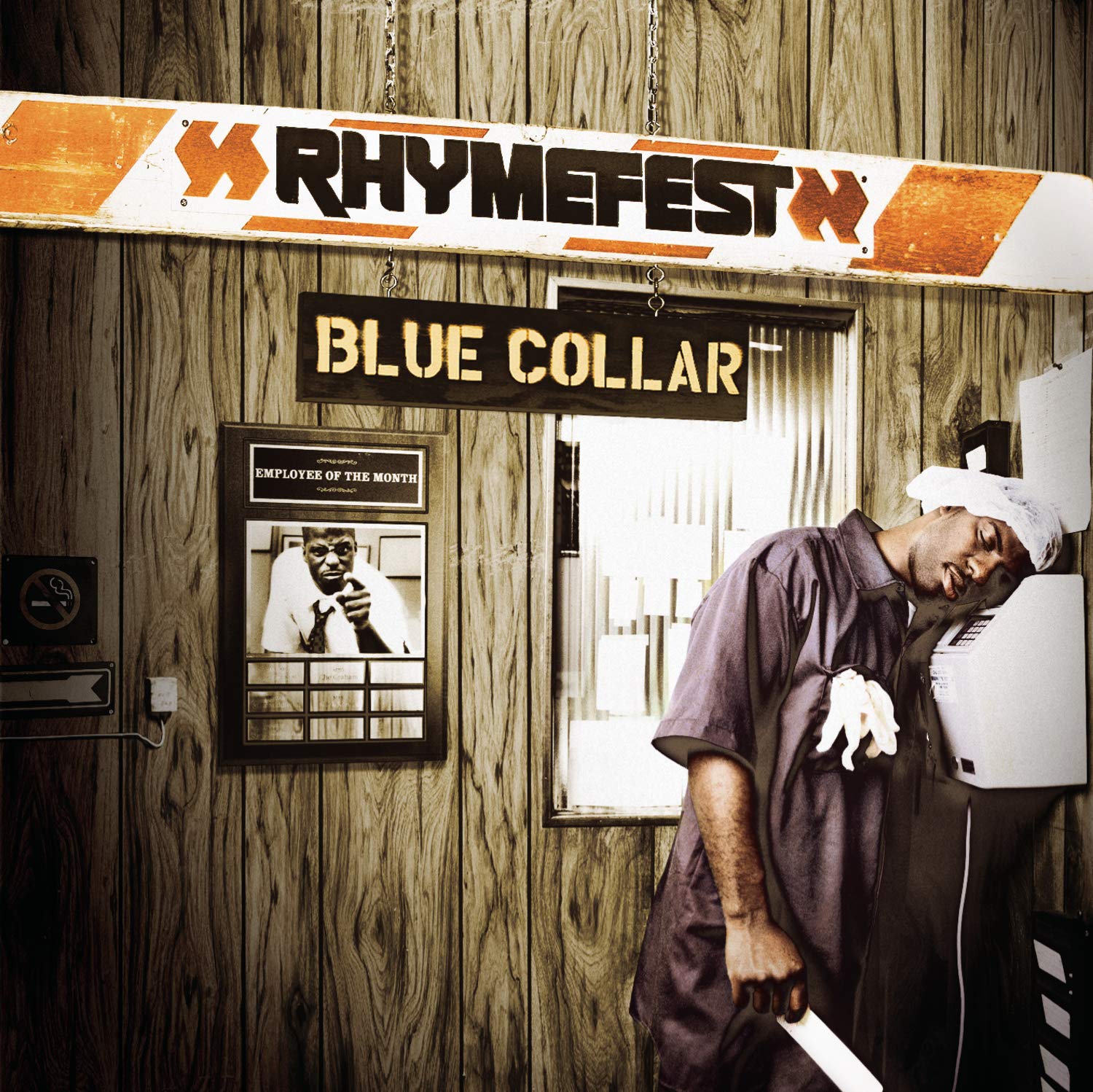 Rhymefest, the imposing yet immensely personable rapper from Chicago’s South Side, proclaims that his new album Blue Collar is intended to “fight the wackness that rap has become.” Not a moment too soon, if you ask me. Eschewing the pimp persona that permeates much of mainstream hip-hop, Blue Collar is a paean to the working-class, hard scrabble folks—particularly minorities—who buy rap albums rather than record them. Tracks like the head-banging “Dynomite” and the down-tempo “Sister” give a nod to the regular Joes and Janes trying to make it through a rough world. And, in a surprising turn, Fest is the first to admit that his music can only do so much for them: “Shorty was locked in a prison/I wanted to set her free, but couldn’t/So I sat and listened.”

Even so, it’s refreshing to hear somebody lionizing the nine-to-five instead of the get-rich-or-die-trying set. Many of Blue Collar’s tracks are simple genre pieces, stories about the lives of everyday Americans dealing with whatever tribulations come down the pike, but Fest’s gift for honesty—real honesty, not that tired “keeping it real” crap—elevates them to powerful portraits of suffering. “Bullet,” the album’s best track, features a cold, hard narration of the dangers facing various characters in the ghetto. It ends with the devastating confession of Fest’s own gangster alter-ego: “See my girl think I’m hard/And my momma think I’m hard/But when I’m all up in the dark, I just fall on my knees.”

Of course, it wouldn’t really be a portrait of blue-collar America if Fest weren’t able to let loose and have a little fun now and again. “Fever” is a kooky, latin-jazz infused litany of self-praise, while “Get Down” is a classic, in-the-club dance number. It’s these tracks that best showcase Fest’s prodigious talents for internal rhyme and clever simile: “I’m the man to see, livin’ the fantasy, pocketful of stones like Sly and the family.” Blue Collar is paced so that the irreverent stuff offers some welcome comic relief without breaking the momentum of the more serious songs.

Nevertheless, Blue Collar isn’t without its foibles. Oddly, these come primarily in the form of songs featuring Fest’s longtime pal and noveau superstar Kanye West. “Brand New” was inexplicably chosen to be the album’s first single, despite the fact that its staccato structure is 20% innovative and 80% annoying. “More,” the other track on which Fest collaborates with West, also suffers from an intrusively repetitive chorus; the lyrics would have worked better had they been slowed down and attached to a chiller beat. But what’s a couple of lame tracks between friends, right? Fans of Fest’s writing (he co-wrote West’s hit “Jesus Walks”), or anybody who’s looking for some real truth and freshness in mainstream rap, would do well to spend a little of his paycheck on Blue Collar.