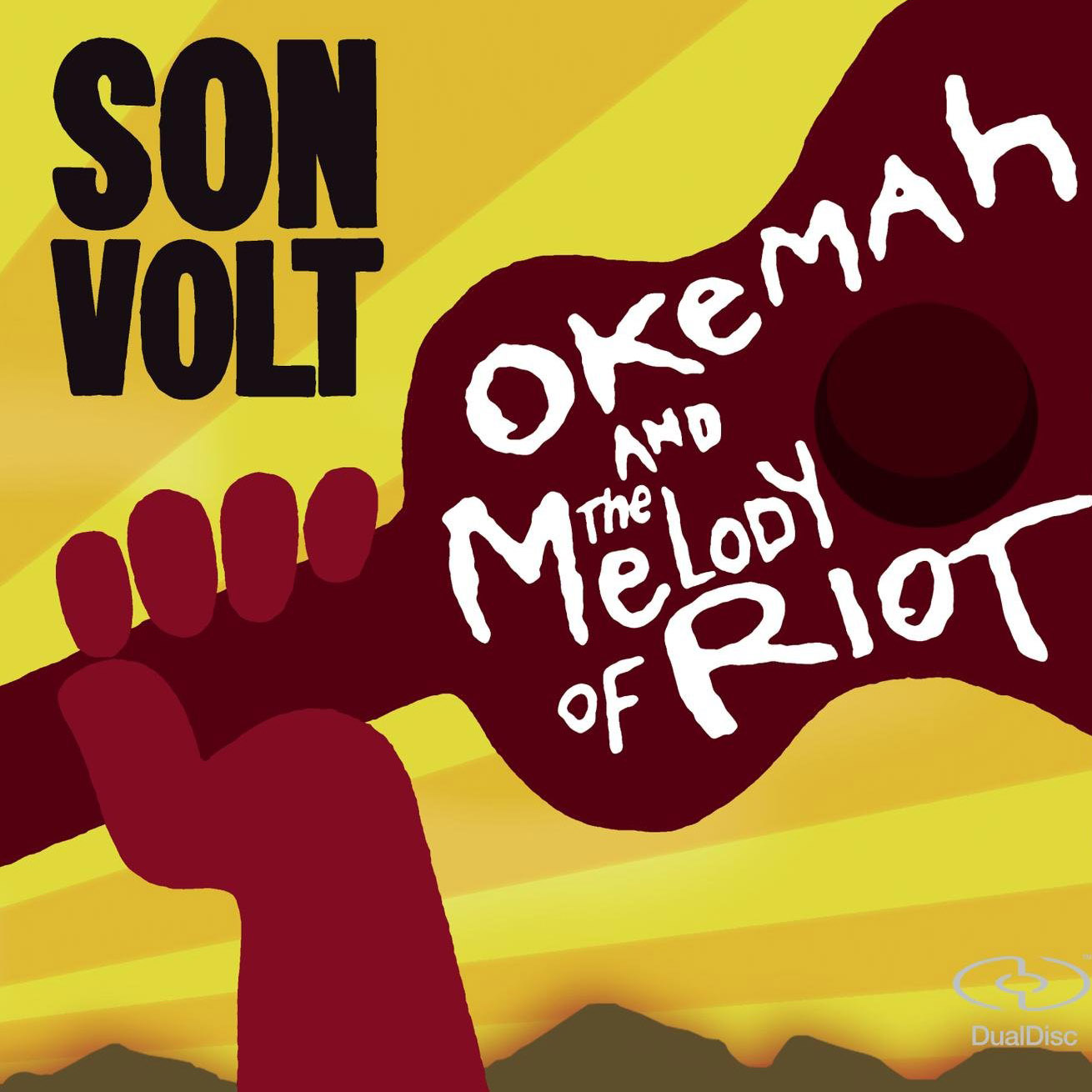 In 1998, Wilco collaborated with British singer-songwriter Billy Bragg to write music for a selection of lyrics penned by legendary folk icon Woody Guthrie as he gradually succumbed to Huntington’s Chorea in the 1960s. Their efforts resulted in Mermaid Avenue and 2000’s Mermaid Avenue Volume Two, exceptional, reverent tributes to Guthrie’s boundless spirit that wrapped his remarkable words in roots-rock sounds that were both contemporary and timeless. In 2005, Son Volt, the other and heretofore less heralded half of the Uncle Tupelo split, returns with its first album since 1998’s Wide Swing Tremolo, and manages to trump Wilco’s dual homages to Guthrie with their astonishing Okemah and the Melody of Riot. Following his two ambitious if ultimately unsatisfying solo albums, frontman and principal songwriter Jay Farrar reformed Son Volt with an entirely new line-up—lead guitarist Brad Rice, bassist Andrew Duplantis, and drummer Dave Bryson—to record Okemah, certainly the first essential album either from Farrar or Son Volt since 1994’s Trace and arguably the finest work of Farrar’s post Uncle Tupelo career.

Farrar evokes Guthrie as a muse even in the album’s title—Guthrie’s birthplace is Okemah, Oklahoma—but it’s in his passionate songwriting that he captures the soul and the sense of greater purpose that characterized Guthrie’s work. “The revolution will be televised,” Farrar promises on the blistering “Jet Pilot,” as loaded and furious a political protest anthem as has been written during George W. Bush’s second term so far, and he spends the album’s 11 other tracks (12, technically, with two different arrangements of “World Waits For You”) laying the groundwork for that revolution. He tackles matters of broad social unrest (calling out “madmen on both sides of the fence” on “Atmosphere”) and profound personal disquiet (offering an insightful autocritique on “World Waits for You” when he sings, “Find strength from the words/Of those that went before/Take what you need/But leave even more”) with equal gravity and aplomb.

Okemah is heady stuff, to be sure, but it’s also one of the year’s best straight-up rock albums. In many ways, it sounds like the hard-rocking testament to the working class dissenters trapped in the red states (“Afterglow 61” chronicles Farrar’s explorations of that famous stretch of highway through the Midwest and South) that Drive-By Truckers have never quite sustained for an entire album. The melody of riot (also from “Atmosphere”) of the title is an apt description of the sound in which the new Son Volt inspires Guthrie’s folk-hero sensibility. Guthrie once said of his guitar, “This machine kills fascists,” and if Farrar hasn’t yet turned Son Volt into such a deadly weapon, Okemah and the Melody of Riot is nonetheless an album with the gut-check power to knock a grown man flat.