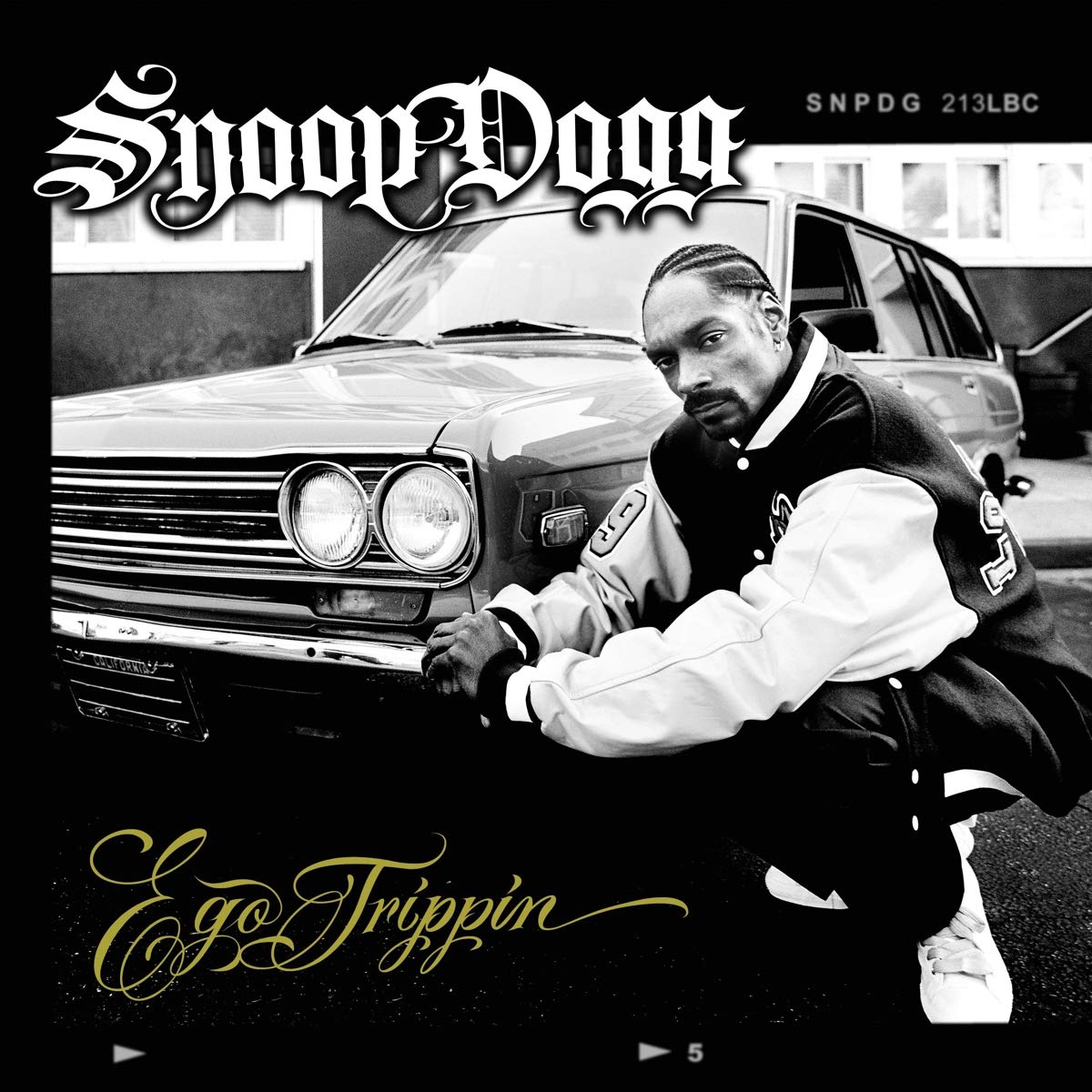 Throughout his 15-year career, Snoop Dogg has tried on all different kinds of stylistic hats, from gangsta rap to more commercial fare like 2004’s “Drop It Like It’s Hot,” and his ninth album, Ego Trippin, finds him fully embracing the pop/club sounds hinted at in his recent work with will.i.am and Justin Timberlake. “If you don’t know by now, Doggy Dogg is a freak,” Snoop croons via talk box on the album’s lead single, “Sexual Eruption” (“Sexual Seduction” to Top 40 radio listeners), a track that boasts a disco flute and propulsive dance beat. And just in case you didn’t get the song’s point, he adds, “A sexual eruption…Yeah, orgasm,” at the end. The album’s new-New Jack Swing vibe comes courtesy of producer Teddy Riley, whose combination of glittery retro synths, vocorder effects, and live instrumentation colors a big chunk of Ego Trippin, including the horn-tastic “Gangsta Like Me.” Though he claims he’s “smoother than Marvin” on “Been Around the World,” an ode to his wife, the doggy-style aficionado comes off more like Barry White, as the whole enterprise borders on parody. That’s not necessarily a bad thing, but while the Neptunes’ “Sets Up” fits nicely alongside tracks like a nearly note-for-note cover of the Time’s “Cool,” the album ultimately suffers from both sonic and lyrical inconsistency—to say nothing of the misleadingly dark cover art. “Why did you leave me?” Snoop asks on one of the album’s cloying closing ballads. Gee, Snoop, maybe it’s because you threatened to step on her throat on the opening track. There are a few too many nods to dated sub-genres like Southern hip-hop and, of course, gangsta rap, and Snoop tries to reconcile his past with his newfound family-man status. “I know my mind should be on shinin’ and gettin’ Grammys, but these streets won’t say goodbye,” the Gap Band’s Charlie Wilson sings on “Can’t Say Goodbye,” distilling the entire conflict of sudden fame and fortune on kids who grew up in the hood (not to mention Snoop’s inability to completely abandon his gangsta rap roots) down to a simple maudlin pop hook.