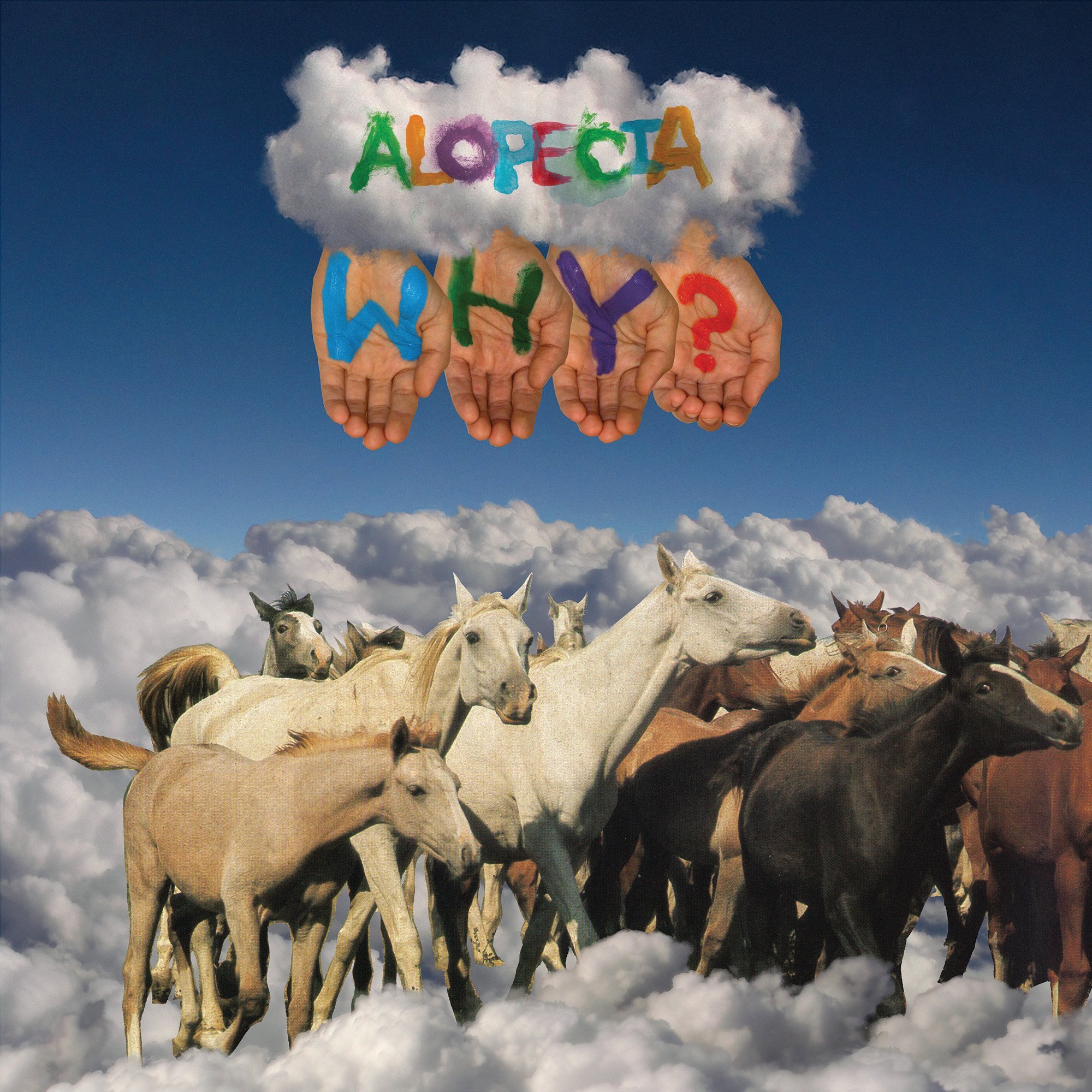 “In Berlin I saw two men fuck in a dark corner of a basketball court.” Welcome to the weird world of Yoni Wolf, singer-rapper and principal brain behind the genre-bending project Why? With a backup of ominous, intricate stylings that most recall the smorgasbord of sound served up on the most recent Grizzly Bear record, a nasally deadpan delivery that is part Bill Callahan, part Matt Berninger, but borrows plenty from Eminem too, Why? perhaps makes the best argument yet that indie rock and hip-hop have more in common than a few million fans.

Alopecia builds upon the promise of 2005’s Elephant Eyelash and a pair of earlier EPs by incorporating a variety of pop soundscapes to supplement Wolf’s particular poetry, beautifully mystifying and chock-full of internal rhymes. Wolf’s literary forbears are Barry Hannah, Sam Lipsyte, and David Berman: His characters find themselves lost inside the seedy armpit of contemporary suburbia, watching the world “through toilet-stall dividers,” “blowing kisses to uninterested bitches,” “playing The Wall at Singles’ Bingo.” Saturated in irony and commercial mediation, Wolf’s narrators seek pain as if it were a drug. (I’m assuming that most of the content is fictional, if grounded in true events—no one could have done all the things listed here and then be sane enough to write it down so competently.) Most of the time the fix comes from abusive relationships, and “breakup record” would be one, admittedly inexact, way to describe the album. Sometimes the hurt can come unexpectedly from small moments, as in this lyric from “These Few Presidents,” which is among the album’s most evocative: “I thought I had a pebble in my sock/I pulled it off and shook out a wasp/It stumbled out lost/And without a pause, unstung as I was/I stomped it.” Alopecia is full of these lyrical gems, so familiarize yourself with the rewind button before delving in.

Even a committed sad guy like Wolf has his moments of brightness. Uptempo strummer “Fatalist Psalmistry,” placed at the center of the album, is also its logical peak. Blissful 12-string guitar jangles along to Wolf’s wordless chorus, evoking Mick Jagger’s performance on Carly Simon’s “You’re So Vain.” Wolf’s love song is typically tortured: “Your cat clawed out my eyes while I was distracted by your smile/Now my sockets sit like empty catcher’s mitts waiting.” Wolf continues to rebirth rock-rap in his own twisted image, and it might be worth sticking around to watch as this brilliant bastard grows up.