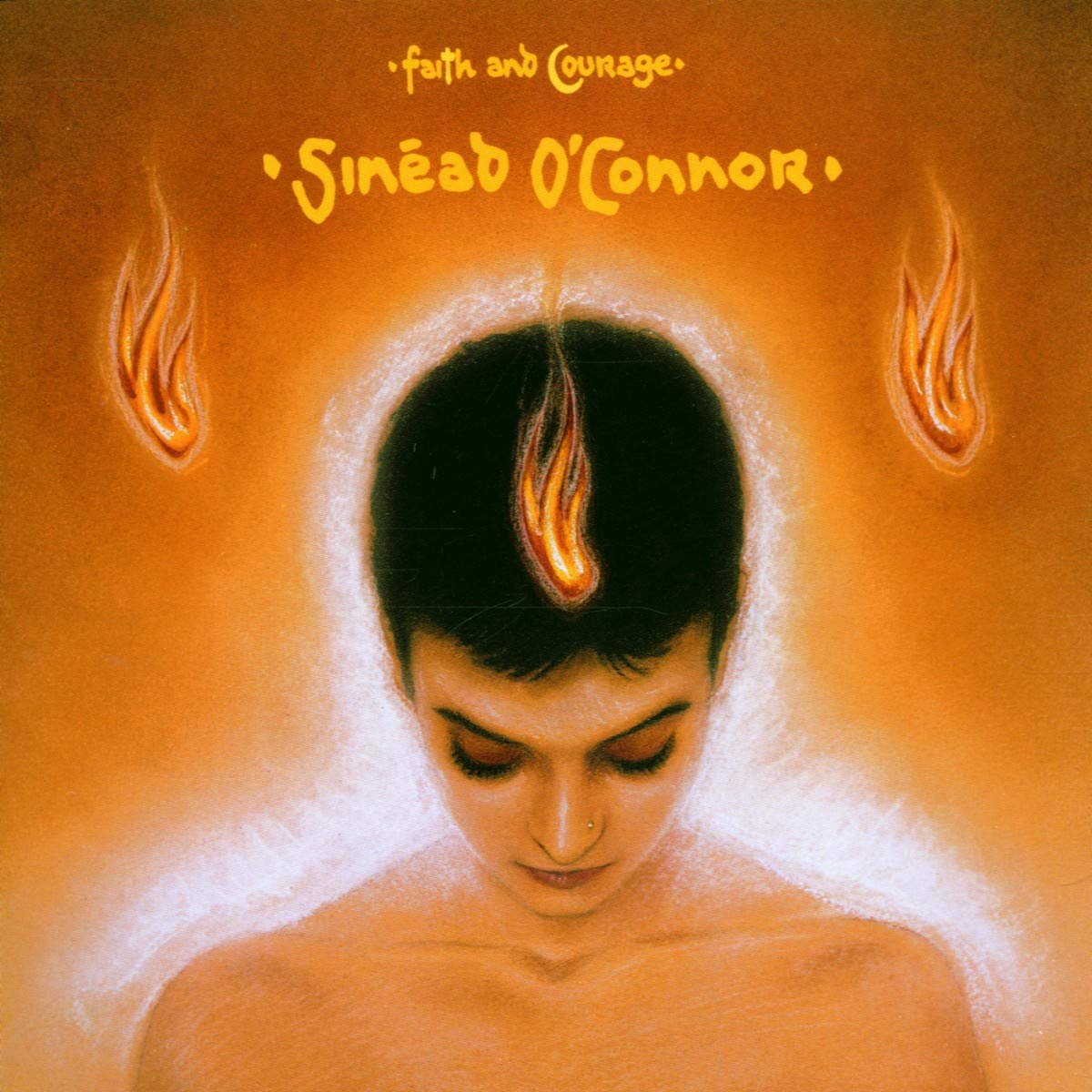 Six years following her last full-length endeavor, Sinead O’Connor returns with Faith and Courage, her strongest, most cohesive collection since I Do Not Want What I Haven’t Got. The album’s first single, “No Man’s Woman,” espouses the independence she’s discovered since her angst-filled, Pope-slandering days in the early ‘90s. The track is far from the feminist platform its title implies; instead, it’s a declaration that her man is not human, but rather a “spirit” named God. Reggae and dub influences abound, from the uplifting “Dancing Lessons,” co-penned and produced by Wyclef Jean, to the standout Adrian Sherwood-helmed opening track “The Healing Room.” Having recently been made a priest by a religious order unrecognized by the Catholic Church, O’Connor has molded the faith around her own idealism and politics. In the hip-hop-infused “The Lamb’s Book of Life,” she interchanges “preacher man” with “rasta woman” and asks how our culture could “leave God so lonely.” Faith and Courage is a testament to O’Connor’s enduring strength and mission. In a way, the singer, who once recorded a cover of Nirvana “All Apologies,” sadly represents what Kurt Cobain could have been. She’s turned the anger and pain of her youth into a serenely intelligent and mature work. Surviving self-destruction and an unforgiving industry, she’s risen above, and thank God she still has something to say.