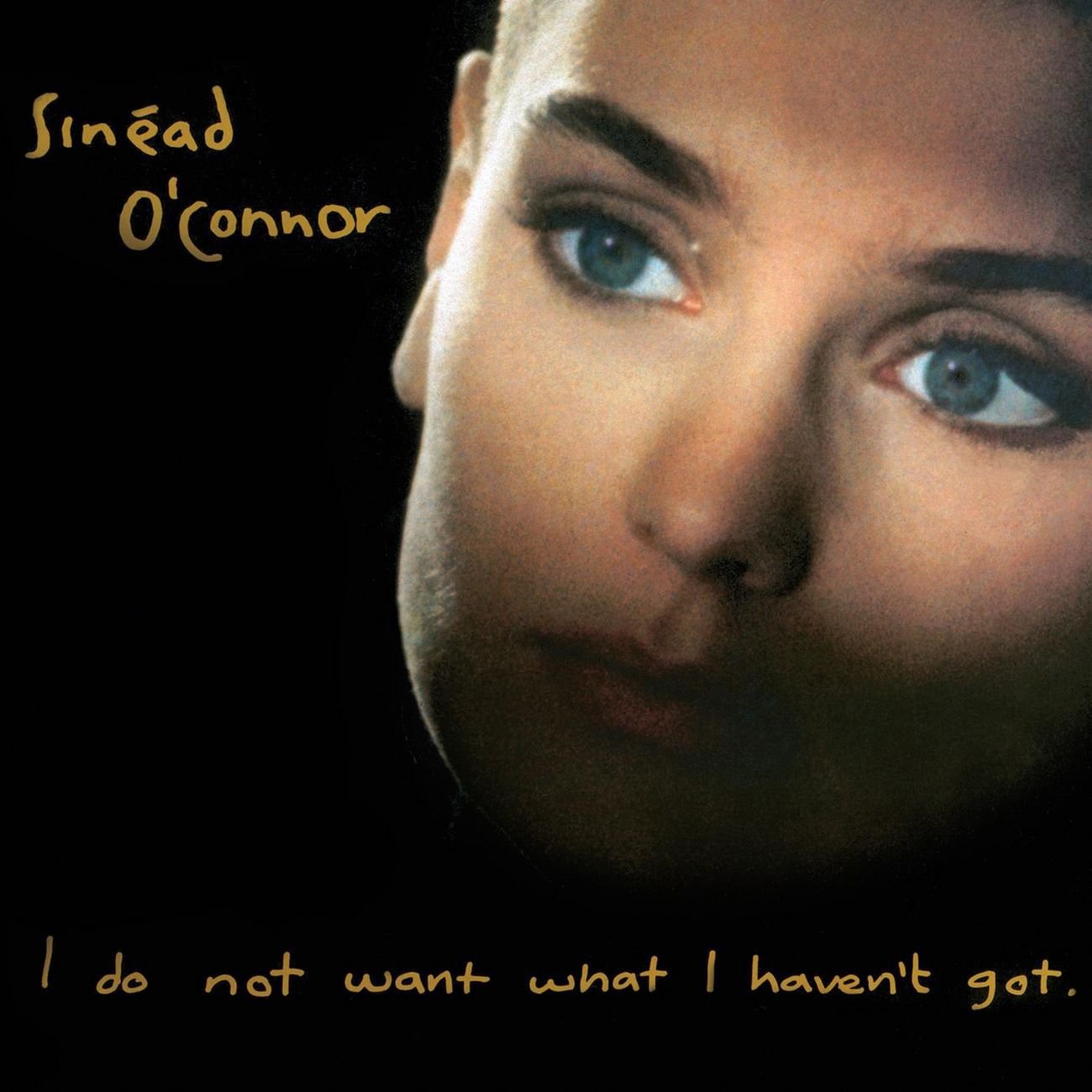 I Do Not Want What I Haven’t Got found Sinéad O’Connor bruised but determined, disappointed yet hopeful. The cause was a combination of burgeoning fame and a nasty breakup (with John Reynolds, drummer and father of O’Connor’s son), and the result was one of the most politically, socially, and spiritually charged breakup albums of the ‘90s, if not the entire 20th century.

The album opens with the gorgeous orchestral pop of “Feel So Different,” a meditation on said fame and relationship: “I am not like I was before/I thought that nothing would change me.” O’Connor’s relationship woes are invariably linked to her career, and her breakup with Reynolds is likened to a business transaction on the stunning “The Last Day of Our Acquaintance.” Anger, sadness, relief, and despondency are simultaneously bundled up in O’Connor’s voice on these two tracks, as it is throughout most of the album. Her voice is flawless in its technical imperfections; she begins each song delicately but ultimately erupts with the ferociousness of a punk.

The singer’s greatest vocal achievement is perhaps her interpretation of Prince’s “Nothing Compares 2 U,” a classic torch song she quite simply owns. While it’s the only track on which O’Connor received production assistance (Nellee Hooper gives the song a minimalist yet modern appeal), it sits comfortably among songs like the hip-hop-beats-meet-Celtic-melodies of “I Am Stretched on Your Grave,” and the acoustic protest-folk of “Black Boys on Mopeds” (on which O’Connor’s lyrics now sound prophetic, both personally and politically: “These are dangerous days/To say what you feel is to dig your own grave”).

Throughout the album, O’Connor struggles with these personal tribulations amid the oppression of the world around her: “I will live by my own policies/I will sleep with a clear conscience,” she sings on “The Emperor’s New Clothes.” The disc ends even more sparely than it begins; the a cappella title track brings the singer back to a place of prayer and hopeful redemption, but whether it’s God or a lover she seeks on her “journey,” this is clearly the voice of someone who will never stop searching.