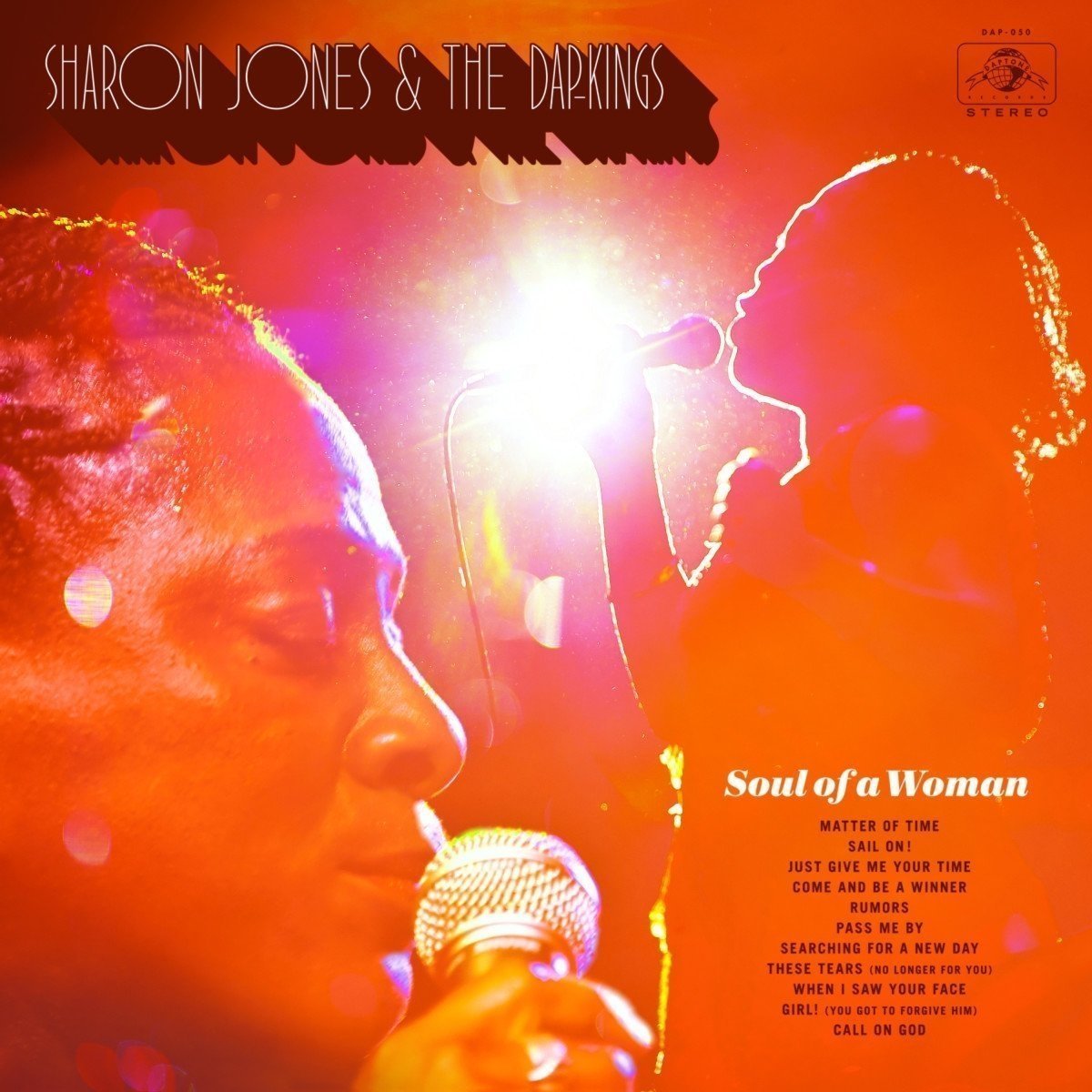 Perhaps the most striking thing about Sharon Jones & the Dap-Kings’s eighth and (presumably) final album, Soul of a Woman, is how little it feels like a posthumous release. The straightforward gospel of closing track “Call on God” undeniably gains some poignancy from the fact that Sharon Jones sang it with knowledge of her impending death, but the album is dominated by a sense of joy and hopefulness. Rather than grimly foreshadowing her fate with her last recordings, Jones stuck to the music that gave her life: timeless meditations on R&B’s core themes of love, loss, and romantic strife, delivered atop the Dap-Kings’s trademark, note-perfect reconstruction of 1960s soul.

The album’s opening track, “Matter of Time,” is a broadly political song in the tradition of civil rights-era anthems like Sam Cooke’s “A Change Is Gonna Come,” its promises of justice, unity, and peace seemingly anachronistic in 2017. The beauty of Jones’s voice projects an optimism that is, in these traumatic times, a balm for the soul. Just days before her passing, she suffered a stroke while watching the results of the 2016 presidential election. Jones, a woman who understood the stakes, didn’t make promises of a better tomorrow blithely, but out of a genuine and deeply felt belief.

Soul of a Woman’s sound, courtesy of the Dap-Kings, exudes that same poignancy. Music critics can be rightfully suspicious of “retro” revivals, but Jones has always been the real deal. The loving details with which she and her band fill these songs transcend the same R&B clichés they reinforce: the wordless, high-register harmonies she adds to her own lead vocal on “Just Give Me Your Time”; the playful back and forth between singer and band on “Rumors”; the lush baroque-soul arrangement of “Searching for a New Day.” Such craftsmanship could have made any number of these songs hits in 1967; the fact that they’re being released a half-century later, into a pop milieu that couldn’t be more different, makes them almost miraculous.

But one wonders, especially since the recent passing of Jones’s Daptone Records labelmate Charles Bradley, how much longer such miracles will be possible. Both Jones and Bradley were more than just worthy artists in their own rights; they were among the last to bear the standard of vintage, live-band Southern soul, in all its eight-track analogue glory. Jones’s hard-won, late-blooming success felt deeply deserved in an era of flash-in-the-pan virality; her embrace of traditional recording techniques and instrumentation was almost quaintly artisanal in a now-digital music industry. Her passing is a metonym for the slow fade of an American art form, but with Soul of a Woman, at least, she’s ensured that she won’t go quietly.

Björk Blisses Out in Music Video for “Blissing Me”