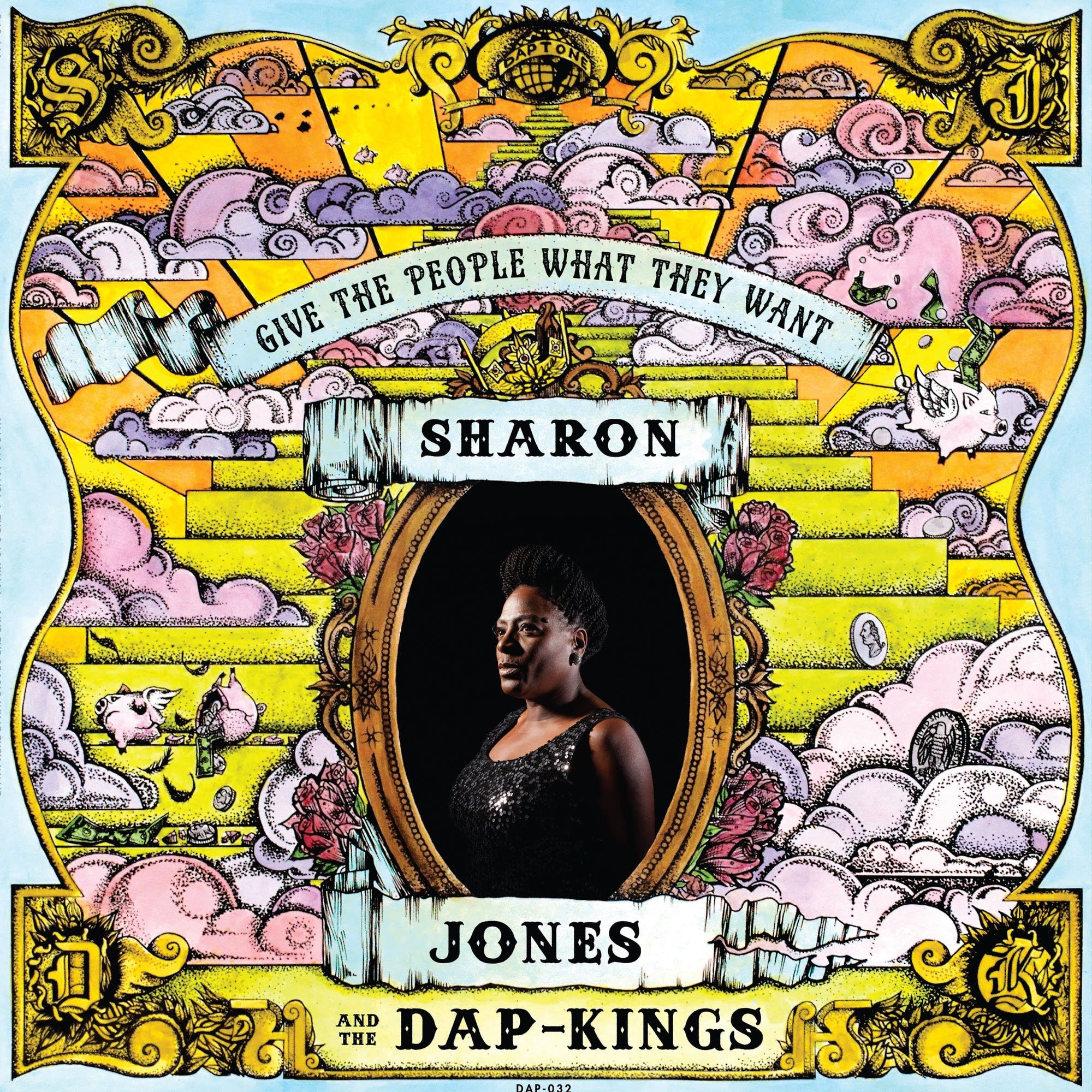 Originally slated for release last August, but pushed back in order to give Sharon Jones time to recover from cancer treatment, Give the People What They Want boasts themes of fearlessness and empowerment. This isn’t Warren Zevon’s The Wind, though, where cancer and recovery are the sole lenses through which each song is refracted. Instead, the album is an acerbic examination of power dynamics in both a romantic and, in the case of “People Don’t Get What They Deserve,” sociopolitical sense.

“Making Up and Breaking Up” focuses on the destructive, cyclical nature of codependent relationships, driving its point home with a refrain that itself gets caught up in repetition: “We can’t keep making up and breaking up/And making up and breaking up over again.” Perhaps acting as a corrective to the damaged relationship of that song, the sultry ballad “Slow Down Love” recommends patience and restraint when dealing with matters of the heart: “I’ve been waiting so long to see you/All alone,” Jones sings, longing for affection and intimacy. Jones’s voice is the lynchpin for every song here, as she consistently shifts tones, convincingly embodying characters from the brokenhearted to the empowered. On “People Don’t Get What They Deserve,” Jones gives voice to the politically and economically disenfranchised, and thought the song’s lyrical depiction of wealth inequality may not be the most poetic (“There was a man who was born with a fortune/A hard day’s work he’s never done/He lives from the sweat of other men’s labor”), Jones’s anger toward increasing economic disparity is certainly infectious.

Give the People What They Want occasionally explores alienation in a defeatist tone, but the majority of the album is focused on exerting control. The slinky jam “Now I See” practically lifts its horns from “Try a Little Tenderness,” and in many ways acts as the lyrical counterpoint to that song’s sentimentality; Jones comes alive as an assured woman pitted against a potential homewrecker, her voice a hurricane of rage and confidence. Similarly, on “Get Up and Get Out,” she takes ownership of her romantic choices, completely aware of the arguments against her man while delighting in the forbidden nature of it all. Give the People What They Want is a collection of songs that not only sees the Dap-Kings reveling in a variety of musical tones, from confident, strutting anthems of independence to slow-burning, intimate ballads, but also displays Jones at her most vocally ferocious, lending a self-assured voice to the down and out.

Review: Sharon Jones & the Dap-Kings, Soul of a Woman

Review: Sharon Jones & the Dap-Kings, I Learned the Hard Way