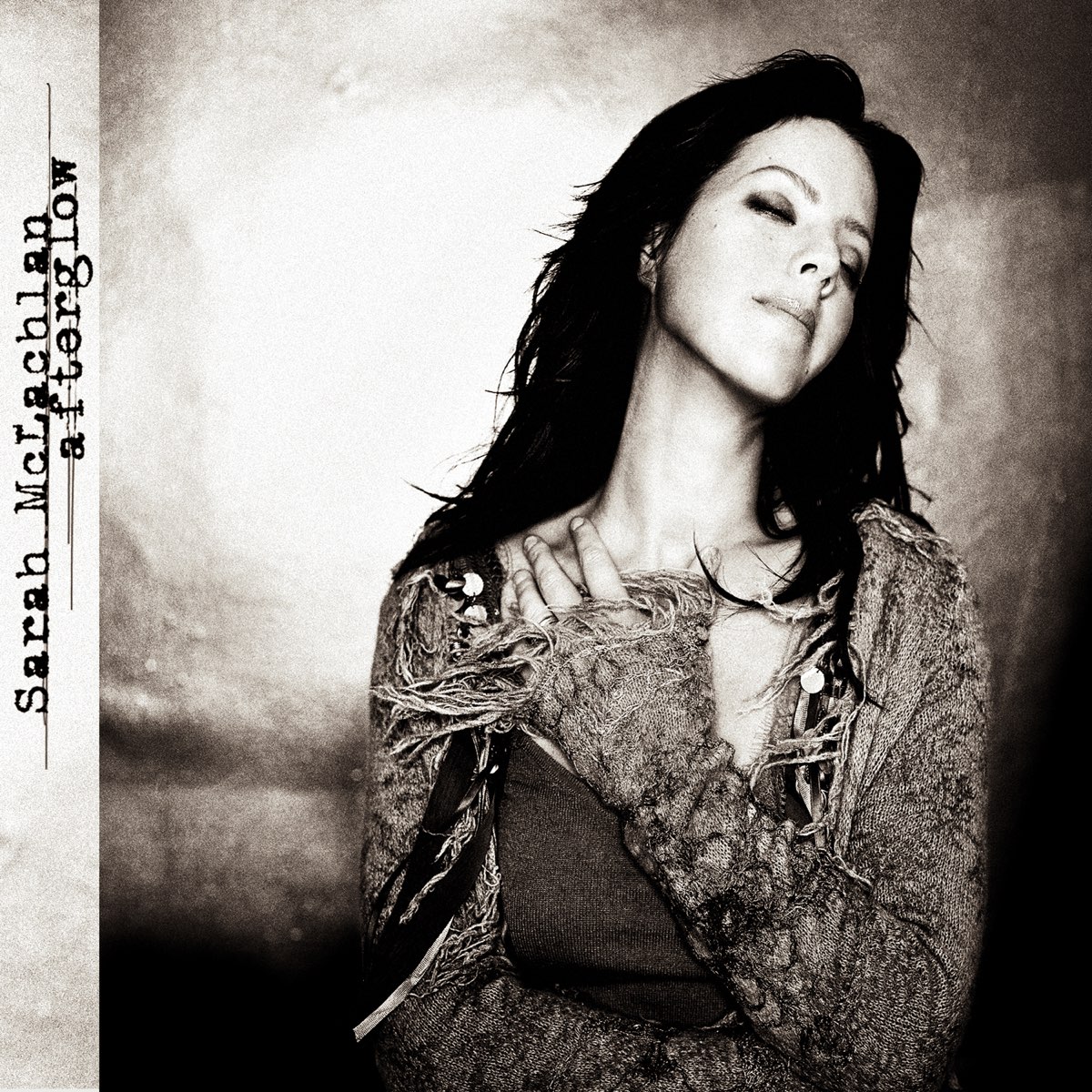 Sarah McLachlan’s career took a turn for the slushy when she transitioned from guitar to piano. Sure, her supple voice—the characteristic breaks and quirks of which she has learned to exploit over the years—has always been McLachlan’s principal instrument, but there’s been a noticeably indolent and dreary quality to the singer’s work since her dark and richly layered landmark 1994 album Fumbling Towards Ecstasy. 1997’s Surfacing was a simpler, decidedly more radio-friendly affair, opportunely released just prior to McLachlan’s famous Lilith Fair (there’s a reason the album has sold eight million copies to date, while her far-superior, folkier first two albums have yet to reach the platinum mark). Though it’s been over six years since her last studio release, McLachlan’s fifth album, Afterglow, isn’t much of a departure. This time, all 10 songs were written on piano, reprising the sleepy melodies and Hallmark greeting card sentimentality that has paved the way for the likes of Dido and Norah Jones.

In the time since Surfacing, McLachlan has lost a mother and become a mother, but few of the album’s songs even hint at these events. Instead, McLachlan makes vague reference to “carrying burdens,” “skies falling,” and the “burning of uncertainty.” “World On Fire” seems to address recent global events (“Visions clash/Planes crash/Still there’s talk of saving souls”), but she never delves very deep or attempts to personalize these issues the way she might have a decade ago (Ecstasy‘s “Hold On” is a wrenching take on the impact of AIDS on a personal level). Longtime collaborator Pierre Marchand once again oversees production duties, but McLachlan’s music has seemingly been stripped of all personality; there is no “Possession” or, hell, even a “Building A Mystery” here. Songs with titles like “Fallen” and “Drifting” are expectedly slow piano ballads, but even “Trainwreck”—with its five guitars—fails to quicken the disc’s pulse. A church organ is so buried in the mix of “Push” that it does nothing but add more useless, paper-thin padding to an already gauzy production.

That said, there’s no denying McLachlan’s Adult Contemporary charm. Her transition from Alt-Rock goddess to soft-rock songstress was, perhaps, inevitable. “Stupid” rocks just enough to sound edgy to the singer’s current fanbase, while “Drifting” provides enough shimmer to appeal to older fans who remember McLachlan’s Kate Bush-influenced early days. Afterglow’s other bright spots include the hushed ballad “Answer,” which McLachlan calls a “2 o’clock in the morning, whispered in your ears headphone track.” The song features the singer’s warm, trademark harmonies and an understated lyric that’s so simple it hurts: “Cast me gently into morning/For the night has been unkind.” “Time” finds McLachlan cynical and wry, her lyrics looping fluidly throughout: “You see love a tight thorny thread that you spin in a circle of gold/To have me to hold me a token for all to see/Captured to be yours alone.” Afterglow drips and oozes its way from start to finish, careful never to provoke or overly excite its listener, and it glows like a fading ember, but it fails to ever fully spark a flame. Maybe that’s exactly what the world wants.