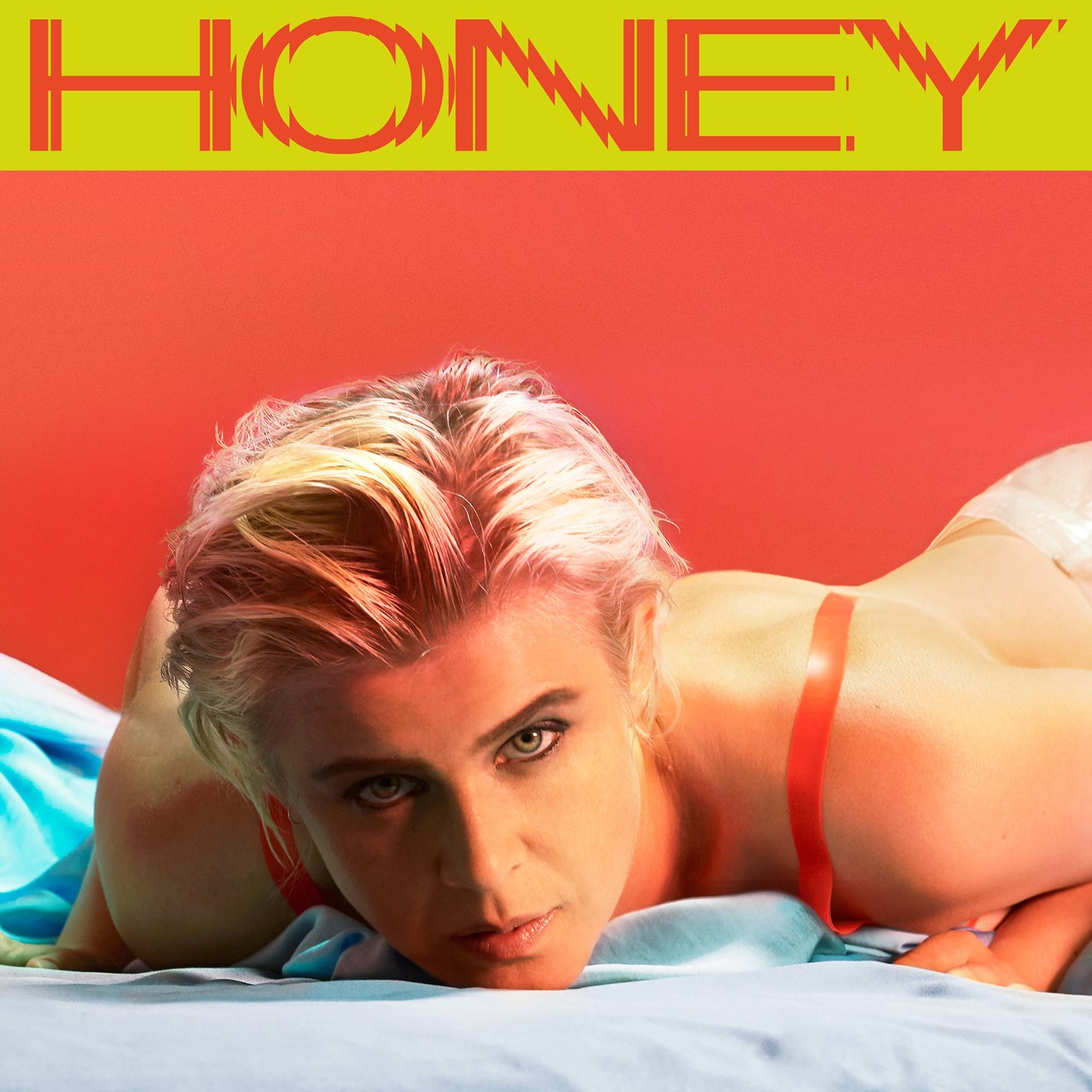 They say that honey doesn’t spoil. It’s known for its antimicrobial properties, and for its ability to heal. In Hinduism, honey is one of the five elixirs of immortality, and some ancient cultures even used it to embalm the dead. Which makes it a fitting title for Robyn’s first LP in eight years, as Honey chronologically maps the Swedish pop singer’s recovery from a painful breakup and the death of close friend and collaborator Christian Falk in 2014.

“At the heart of some kind of flower/Stuck in glitter little strings of saliva/Won’t you get me right where the hurt is?” Robyn sings on “Honey,” evoking the titular goo’s laborious route from the stomachs of bees to their honeycomb. She embraces the ephemerality of memories on lead single “Missing U”â€”“I’ve turned all my sorrow into glass/It don’t leave no shadow”â€”as she finds remnants of her relationship wherever she goes. By the album’s final third, the songs strike a more optimistic tone, with the excitement of renewed love on the flirty “Between the Lines” and the defiant closing track “Ever After,” but a bittersweet vulnerability permeates throughout.

Part of Robyn’s appeal resides in her ability to package candid, relatable, and often fragile emotions in beats that are the equivalent of Styrofoam peanuts; you might be dancing on your own, but the rush of epinephrine is both the reward and the remedy. In the past, she juxtaposed love songs like “Call Your Girlfriend” and “Be Mine!” with feminist-warrior anthems like “Fembot” and “Handle Me.” But the fembot persona has been scaled back here, as Robyn more fully embraces the flesh-and-blood woman behind it. Or at least a facsimile of one: The way she sings “I’m a human being and so are you” on the tech-pop “Human Being” makes her sound like a cyborg marveling at its newfound consciousness. When, on the prior track, she admits, “All the love you gave me/It still defines me,” it’s nothing if not an admission of loss of self.

Running parallel to Robyn’s therapeutic self-analysis, Honey also reflects on her musical evolution since 2010’s Body Talk. With their forlorn refrains, dreamy synth swirls, and insistent 4/4 beats, “Missing U” and “Honey” fit seamlessly alongside past singles “With Every Heartbeat” and “Dancing on My Own.” But while “Missing U” plays like a perfectly fine but inferior retread, the woozy title track feels like the apogee of Robyn’s hooky brand of electro-pop confessional. “Honey” boasts a deceptively simpleâ€”and surprisingly sensualâ€”arrangement that rewards repeat listens, punctuated by skittery brush strokes and synths that whoosh in and out of the mix like crashing waves.

Several songs here hark back to the R&B influence of Robyn’s early Jive releases, while others are a clear continuation of the retro-minded disco and house excursions of her recent EPs with Mr. Tophat (who produced two tracks here) and La Bagatelle Magique. The organ-driven “Between the Lines” is particularly successful in that regard, like it could have been plucked straight from Deee-Lite’s World Clique or BjĂ¶rk’s Debut. The pulsing sub-bass of “Send to Robin Immediately” morphs into a sample of Lil Louis’s “French Kiss,” but unlike that late-‘80s classic, the track doesn’t play with tempo; rather, it settles into a comfortable rhythm and stays there. “Beach2k20” is more of a groove than a song, while the sumptuous “Baby Forgive Me” finds Robyn simply luxuriating in its rueful, Prince-indebted exosphere.

At nine lean but often seemingly formless tracks, Honey feels raw and incomplete, like a work in progressâ€”and maybe that’s the point. Robyn reportedly fiddled with multiple versions of “Honey” before settling on the sublime mix found here; Body Talk was initially conceived as a series of EPs; and 2005’s Robyn was released, repackaged, and re-recorded several times over the course of three years. For Robyn, making music is an ongoing exercise in expression, and when heartbreak threatened to silence her, she apparently let the songs do the talking. And the healing.