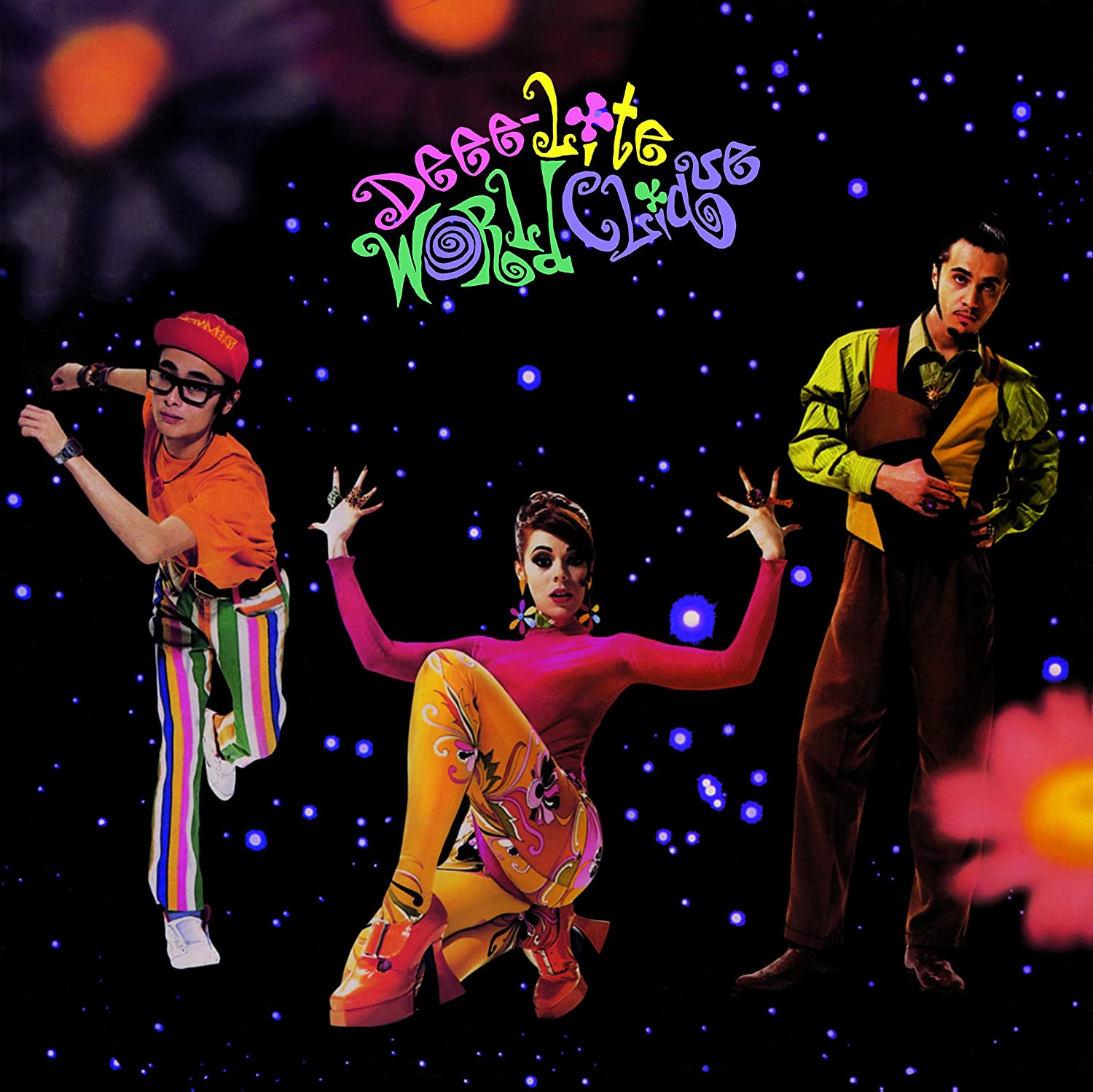 Straight from the halls of New York City’s bygone super clubs to God’s ears, Deee-Lite’s debut, World Clique, is psychedelic smorgasbord of funkadelic house beats and tribal rhythms—a musical gumbo made by a group of club kids and intended as a gift to the people of the world. The album allowed three world-conscious musicians and a host of guest stars (Bootsy Collins, Maceo Parker, Q-Tip, who all appear on the classic “Groove Is in the Heart,” among others) the opportunity to disguise their gripes with global discord in 12 knock-out love songs dismissed by some as silly call-to-the-dance-floor ditties.

“From the global village, in the age of communication!” Lady Miss Kier fiercely announces on the album’s opening track, “Deee-Lite’s Theme,” setting the stage for the band’s giddy cultural-political dissections. The optimist/pessimist anthem “Good Beat” and its sister track “World Clique” are not apolitical: Despite the superficial implication of a line like “I just wanna hear a good beat,” Kier isn’t being passive—she’s championing a rhythm that unites instead of divides.

It’s not long before you realize these sampladelic hippies mean to tap into our human desire to celebrate cultural pride via dance. “Smile On,” Deee-Lite’s ode to the smile as a universal handshake, may be trite, but it’s happily so. Shouldn’t it be this simple anyway? And if you ever wanted to know what Rodin’s The Thinker was trying to figure out, look no further than “What Is Love?” Arguably the group’s single greatest moment, the song’s query may be eternally familiar, but it’s a philosophical proposition that’s written out in beats so succinct and universal as to suggest the track was composed entirely in Morse code; when Kier finally chimes in and responds to the voice asking the Big Question, it’s only natural that the beat reduces her silly schoolgirl adjectives to a mess of unintelligible scats that transcend any language barrier.

On “Try Me On, I’m Very You,” an especially coy Kier distorts a famously distorted Bible verse (her version: “Do unto me as I want to do to you”), celebrating the adage as a commandment of love, not judgment. Respect is earned, and the sinister, throbbing, and appropriately titled “Deep Ending” posits a relationship (is it romantic? Political?) spiraling out of control, and it’s not until the lyric-less “Build That Bridge” (prefiguring the Chemical Brothers’s “It Began in Afrika” by more than a decade) that a series of back-to-nature rhythms jump-starts—or is it chills out?—the troubles of the previous song. This is dance music as a celebration of cultural pride, in a language no one can misunderstand.