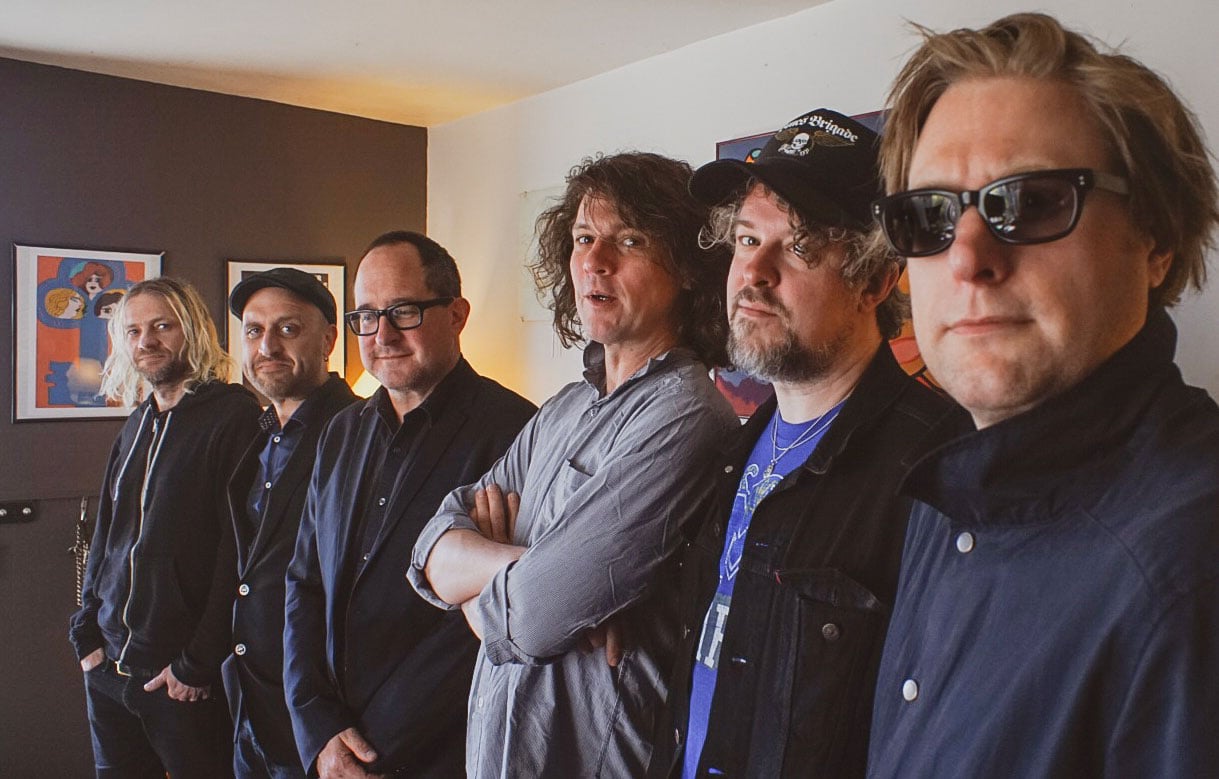 The Hold Steady was hailed by Rolling Stone as “America’s greatest bar band” over a decade ago, but only in the last few years have its members begun to treat the outfit like an actual bar band—an outlet for a few booze-fueled weekend hangouts a year between old friends—rather than the prolific touring and recording workhorse it used to be. They haven’t mounted a full-length tour since 2014, and since 2012, frontman Craig Finn has released four solo albums to the Hold Steady’s one. The arrival of the band’s seventh album, Thrashing Thru the Passion, is thus both long overdue and a bit of head-scratcher. As it collects five new songs alongside five of the nine singles the band has intermittently released since 2017, the album has more of the feel of a well-curated B-sides collection.

While it may lack the exhilarating anthems of previous Hold Steady efforts, Thrashing Thru the Passion is still a highly consistent and satisfying rock album. Finn’s garrulous wordplay, honed through the complex character sketches of his recent solo work, is as sharp as ever, while the return of keyboardist Franz Nicolay for the first time since 2008’s Stay Positive throws into relief how much his contributions have been missed in the interim. Though Nicolay shies away from the arch E Street Band-style breaks he favored during his first stint with the band, from 2005 to 2010, his piano and organ on the woozy ballad “Blackout Sam” and the soulful, swaying-in-the-pews outro to “T-Shirt Tux” access intimate musical textures that haven’t been heard from the Hold Steady in years.

Despite the band’s growing ranks, Thrashing Thru the Passion is their least grandiose album since their 2004 debut. During the peak of their popularity in the mid-2000s, the Hold Steady was nothing if not ostentatious, with heavily guitar-forward mixes, Nicolay’s showy piano and Vaudevillian fashion sense, and Finn’s manic stage presence. Here they no longer sound like they’re playing to the arena rafters, in terms of both sonics and songwriting. This allows room for the energetic yet melodic warmth of “Epaulets” and “Star 18,” two concise tracks that might have been left off of previous albums in favor of more bombastic offerings.

Still, it’s hard not to miss the massive guitar riffs of the Hold Steady’s heyday. One might have expected the 2010 addition of guitarist Steve Selvidge to bolster the band’s already huge guitar focus and result in more of the Thin Lizzy-style dueling leads that founding guitarist Tad Kubler had been overdubbing in the studio. Instead, virtually the opposite has occurred. Kubler and Selvidge are too similar stylistically to create any real back and forth, but it’s not like they attempt much high-octane riffage anyway, instead employing mostly jangly arpeggios and chordal pounding (the basic, grinding power chords on “Entitlement Crew” might be the laziest guitar part in the Hold Steady’s catalog). The only proper guitar solo on Thrashing Thru the Passion, on “The Stove & the Toaster,” is thin and trebly, pushed back in the mix behind Finn’s vocals and the brass section that appears throughout the album. Only on “T-Shirt Tux” do Kubler and Selvidge wrap their fingers around the kind of big, thick riff that might have wound up on a Hold Steady album from the 2000s.

Even if the band’s guitar work isn’t what it used to be, Finn’s storytelling prowess certainly is, and along with his usual barrage of smartest-guy-at-the-dive-bar one-liners, an appropriate shift in his perspective as a lyricist is evident. If any of these songs were written with Holly, Charlemagne, the Cityscape Skins, or any his other old characters in mind, it’s clear that the glory days are far behind them. One gets the feeling that the subjects of these songs are closer to Finn’s age—47—than the kids he used to sing about. They can all get together again for a weekend of boozing and reminiscing (“Entitlement Crew”), but eventually living in the past can just get sad (on “Blackout Sam,” Finn warns of “Local legends with the far away eyes”). The drugs and parties don’t seem so romantic anymore; now everything’s just seedy and tense, like in the deals-gone-wrong tales “You Did Good Kid” and “The Stove & the Toaster.”

In short, the album’s lyrics feature exactly the kind of logical thematic progression one could have only hoped for from Finn 15 years after the Hold Steady debuted and he started turning stories about pimps and drugged-out bartenders into religious allegory. Like Charlemagne, Finn is still caught up in some complicated things—and after a period of uncertainty, it’s a joy that the rest of the band remains willing to go along for the ride with him.

Review: Clairo’s Immunity Is a Starkly Vulnerable and Inviting Debut