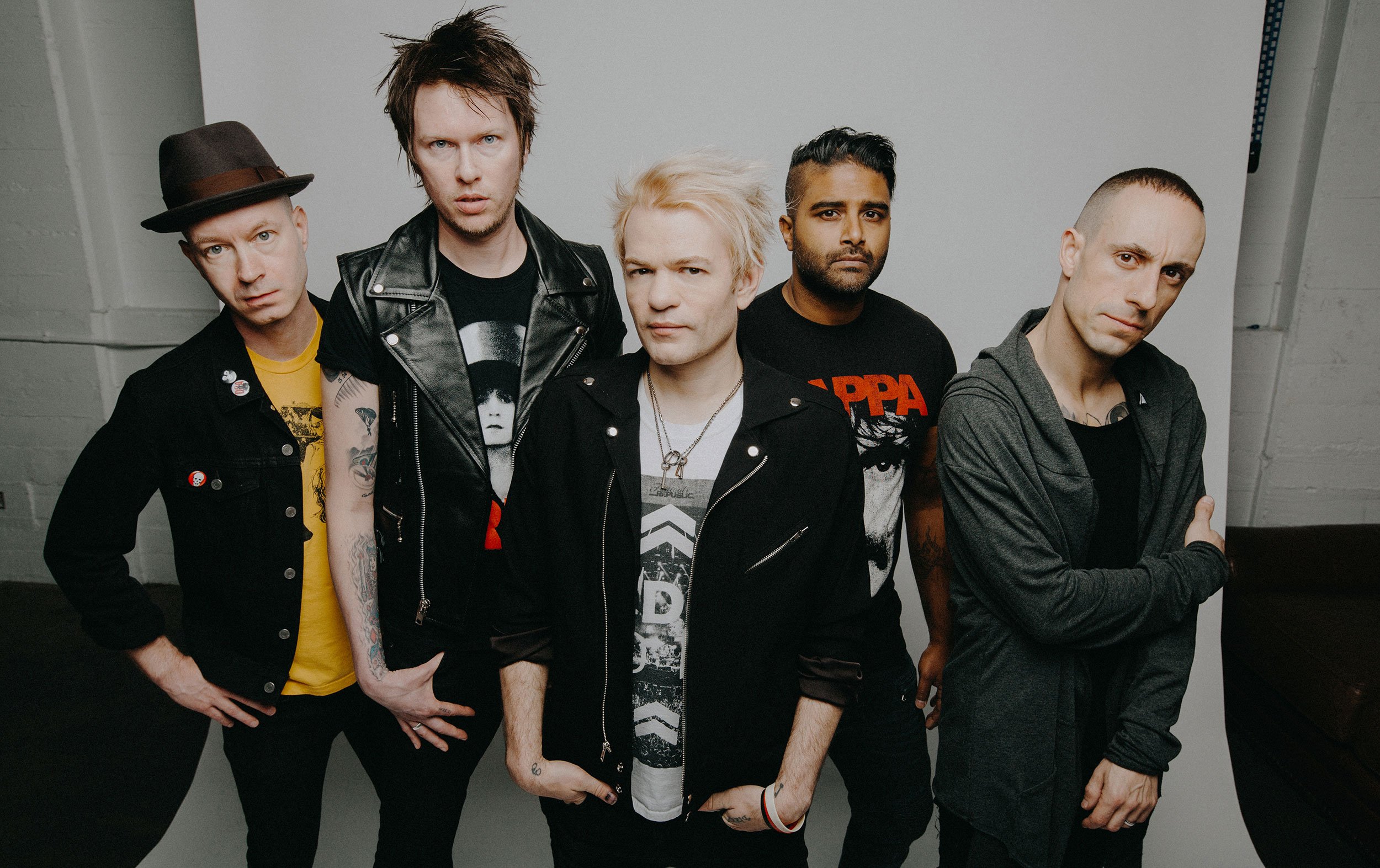 With their seventh album, Order in Decline, Sum 41 has wisely ditched the snotty, smart-aleck pop-punk that launched their career in the late 1990s and reset their equalizer to the full-throated, gravel-meets-bone howl of hardcore rock. Invigorated by the metal cred they gained on 2016’s 13 Voices, and emboldened by the permanent addition of Dave Baksh on guitar, Sum 41 leans into their new hard edge with an album that absorbs all the bravado of guzzling a case of Monster before leaping on stage.

From start to finish, Order in Decline exudes all the studded-jacket braggadocio of a band in total control. With frontman Deryck Whibley himself taking the helm of production, engineering, and mixing, every one of the album’s 10 tracks explode the full-bore rev of an engine. Gone is their stubborn dependence on fuzzy distortion and speedy tempos from the pop-punk playbook. In their place, the band has tightened the screws to extract a darker, burlier sound worthy of Bullet for My Valentine or Rise Against. Such metalcore references are deeply embedded into the structure and pacing of “The People Vs…” and the roaring breakdowns of the album’s first single, “Out for Blood.”

For all of its hat-tipping, however, the album’s crisp execution belongs not to Sum 41’s myriad musical influences, but to incredibly tight arrangements and well-designed movements that showcase the individual contributions of every band member. The meticulous attention to details and fine-tuned aggression brings a hard-won confidence and swagger to each track.

For all its newfound muscularity, the band doesn’t bother with any cocky posturing. As a primer for everything to come, the album’s opening track “Turning Away” gets right to the point, presenting a band that’s mastered the art of bottling its restraint and knowing when to smash it against the wall. Following a swell of reverb, Frank Zummo’s punishing drum work and Jason McCaslin’s pulsing bass set a foot-stomping rhythm for an ominously calm Whibley to slide into. Once Tom Thacker’s driving guitar breaks in, the song’s battery of teasing crescendos and high-octane build-ups finds pent-up relief in Baksh’s blistering guitar solo.

To keep up with the musical onslaught, Whibley’s vocals bite down harder and reach further than ever. “A Death in the Family” reels from his guttural screams, only to see him pivot into the soaring vulnerability of “Never There,” the album’s wistful, orchestra-backed letter to an estranged father. Whibley has stated that Order in Decline is the most personal of Sum 41’s albums, and “Catching Fire” poignantly expresses his attempt to deal with his shortcomings. But however personal this album may be for Whibley, it’s also Sum 41’s most unabashedly political. The band’s frustrations with the Trump administration, namely the sociocultural impact of its offenses, undergird almost every song here. In particular, “The New Sensation” and “A Death in the Family” are fist-pumping calls to arms, and “45 (A Matter of Time)” bristles with fury at the president whose name Whibley can’t even bring himself to say.

Clocking in at just over 35 minutes (not including two bonus acoustic tracks), Order in Decline mercifully sheds the filler that bogged down the band’s previous releases. Ten amped-up tracks provide just the right amount of time to savor but not tire of its focused intensity. And even if “The New Sensation” gallops along like a B-side from Muse’s Black Holes and Revelations, and “Catching Fire” comes off a bit too much like Green Day singing Yellowcard, the album’s pitch-perfect production and riotous bombast make for a hell of a fun ride.