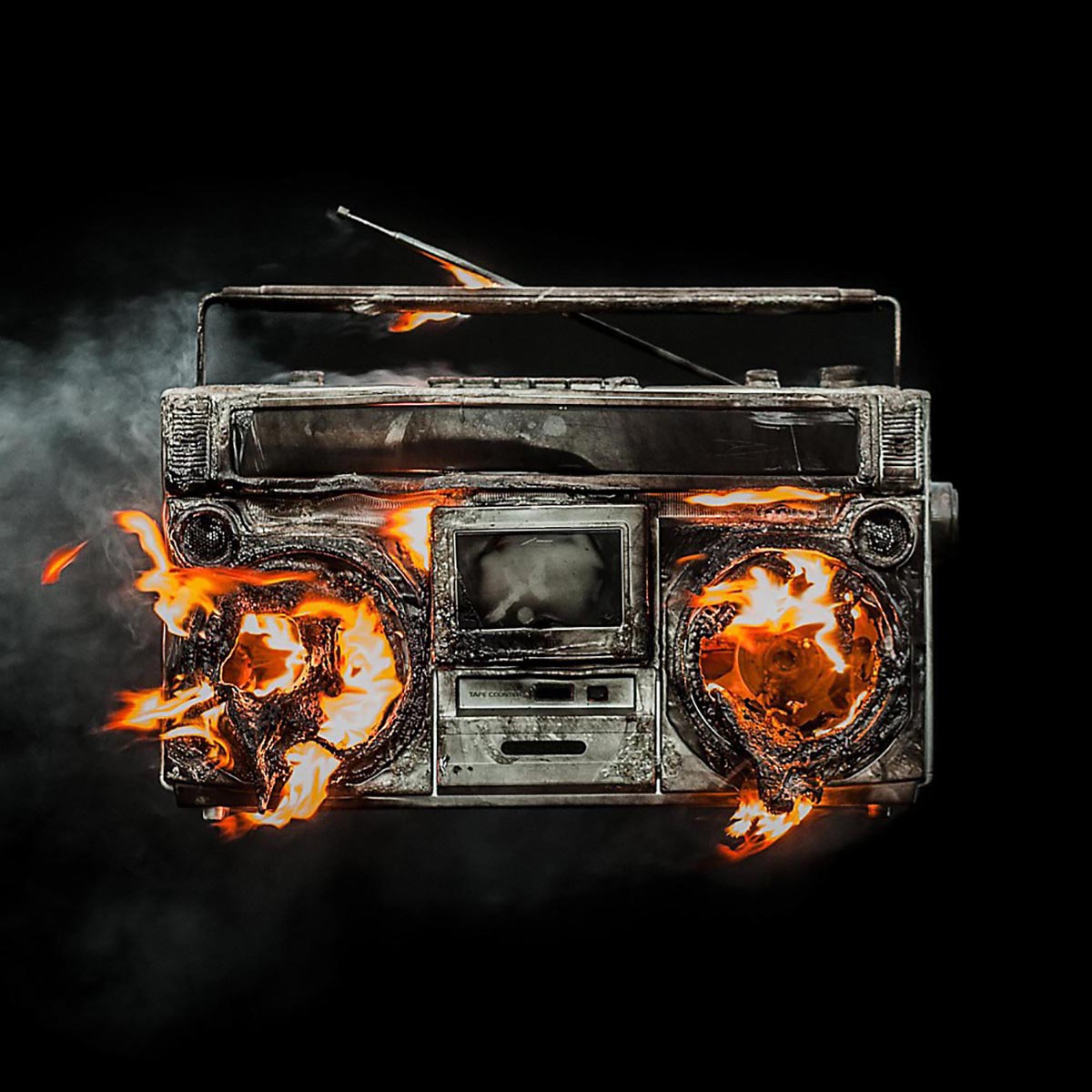 Green Day’s Revolution Radio is the band’s most concise effort in years, as it’s essentially their first standalone, concept-free album since 2000’s Warning. In spite of this, it manages to survey almost the entire bag of tricks the group has pulled from over the past 25 years. The dynamic, Who-ish opener “Somewhere Now” favorably recalls American Idiot’s distinctly puffed-up bombast, which was tempered by a personal, emotional core—and that album’s narrative ambitions are echoed when “Somewhere Now” is reprised during the penultimate “Forever Now.” When that bombast crosses over into 21st Century Breakdown-style melodrama on “Outlaws,” however, it’s less appealing, especially since the cheese factor belies frontman Billie Joe Armstrong’s professed nostalgia for his rebellious youth.

Fortunately, “Outlaws” is an anomaly on the largely streamlined Revolution Radio. Lead single “Bang Bang” is hard, fast, and angry to a degree far more redolent of the angsty Green Day of the ‘90s than the elder statesmen they’ve become. The title track is melodically cheerier, but no less of a rager. Armstrong indulges his ever-present mid-‘60s power-pop fetish on the energetic and infectious “Bouncing off the Walls” and the “She’s a Rebel”-esque “Youngblood.” These songs are admittedly indebted not just to the band’s influences, but previous incarnations of Green Day itself.

The best songs on Revolution Radio, however, transcend their derivative nature thanks to their undeniable melodicism, and are tied together, despite their ostensibly disparate styles, by Tré Cool’s grenade-like tom fills and Armstrong’s guitar tone. The latter continues to sound like it was painstakingly created in a lab somewhere, compressed and processed enough to please general audiences unaccustomed to too many rough edges in their music, but retaining just enough gnarly crunch to not completely alienate punk purists who continue to linger among Green Day’s fanbase.

Armstrong’s tendency toward the big, loud, and obvious is less convincing when manifested lyrically as opposed to musically, at least compared to American Idiot’s compelling political-is-personal sketches. His politically minded writing has gotten increasingly ham-fisted, which is saying a lot given that one of his most famous lines is “Sieg Heil to the President Gasman!” He’s fine when tackling low-hanging fruit (portraying a deranged mass shooter on “Bang Bang”), but without a character to play, his statements range from muddled to groan-worthy. “Give me cherry bombs and gasoline/Debutantes in surgery,” he rails on “Revolution Radio,” seemingly contradicting the nonviolent ethos of the Black Lives Matter movement that the song purports to support. “Where’s the truth in the written word if no one reads it?” he asks on “Troubled Times.” It doesn’t help that the album’s most overtly political songs, like “Troubled Times” and “Say Goodbye,” are also its most dour.

There’s something to be said about a white guy of Armstrong’s profile speaking out so virulently against America’s culture of violence, racially motivated or otherwise. But on Revolution Radio, his more personal songs are far more endearing. On “Too Dumb to Die” and “Youngblood,” he delivers snarky one-liners about his lifetime of fuckups and his apparently equally snarky wife (“Are you broken/Like I’m broken/Are you restless/She said, ‘Fuck you, I’m from Oakland’”) that suit his snotty, stuffed-nose sneer better than stone-faced political proclamations ever have.

Review: Moby & the Void Pacific Choir, These Systems Are Failing