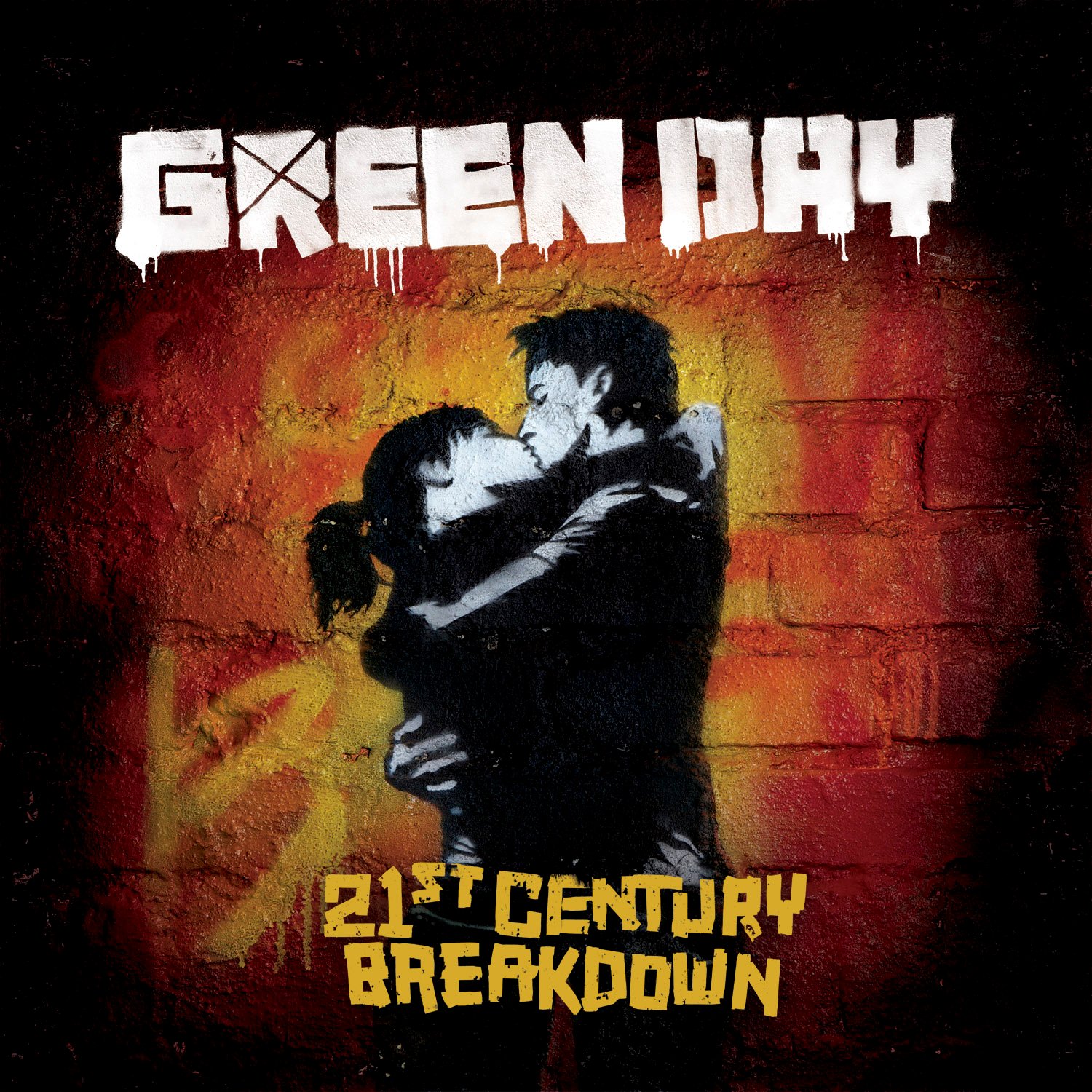 Follow-ups to staggeringly successful albums are a queer animal. A lot of bands use the opportunity to indulge personal, idiosyncratic pursuits—like a covers album of obscure childhood favorites. Rarely do bands attempt to precisely duplicate whatever synergies led to their initial success, because, well, that’s just folly. Lightning doesn’t strike the same buying public twice. But Green Day, always audacious, chose just that strategy. Three years after the commercial runaway train of American Idiot, they offer 21st Century Breakdown, and it’s a lot like the Danny DeVito to American Idiot‘s Arnold Schwarzenegger: They came from the same parents, but one was clearly blessed with superior genes.

Having grown accustomed to outsized stadium shows, Green Day continues to peddle unsubtle pop-punk grandiosity, musically and philosophically blunt enough to reach the back rows. The album is constructed around a three-act narrative that follows prototypical teenage wastoids Christian and Gloria as they seek meaning and direction in a narcotized strip-mall America. The lyrical perspective shifts from an omniscient narrator offering warnings and words of encouragement to truculent first-person screeds, all of it adding up to a blustery jeremiad against…government? Authority? Apathy? It’s a little ill-defined. We never learn much about the characters, save their vague disenfranchisement and fondness for cigarettes, so it appears the overly ambitious conceit serves mainly to allow for an exhausting 71-minute runtime. In 1999, NOFX—another snotty pop-punk band with surprising longevity—wrote a 20-minute song called “The Decline” that hammered home uniquely American hypocrisies at the intersection of the personal and the political and set it to blazing hardcore and proggy interludes—and it didn’t take them two albums to do it. To his credit, Billie Joe Armstrong has a simply indefatigable sense of what makes a song catchy and high-energy, which is fortunate because if the tunes were any less ingratiating, this kind of empty rhetoric would be offensive.

For its oft-satisfying marriage of melodramatic ballads and larger-than-life bar chords, critics have compared 21st Century’s musical eclecticism to Queen and Meatloaf. And it’s true: Nearly every song opens with mournful crooning, blitzes through a few power-pop changeups, and ends in a bombastic display of Green Day’s signature Ramones-meets-the-Who theatrics. Guitars are compressed within an inch of their life, courtesy of producer Butch Vig, effectively removing any character, save an imposing and immediate presence. Because many of the songs rely on abrupt dynamic 180s, it’s easier to pick memorable parts than standout tracks. There’s the Lennon-aping piano intro to “Last Night on Earth,” and the Doors-aping cabaret stomp of “Viva La Gloria? (Little Girl).” The otherwise tossed-off “Christian’s Inferno” gives us a nigh-industrial bass/drums stampede that’s the most aggressive Green Day has sounded since Insomniac’s “Geek Stink Breath.”

But an uncanny sense of familiarity hangs over too much of the album. The melodies of several tracks suggest ghosts of older Green Day songs. In particular, “East Jesus Nowhere” appropriates the chorus of “Welcome to Paradise” so baldy you have to wonder if it’s an in-joke, and lead single “Know Your Enemy” exemplifies the worst aspects of the album: not catchy exactly, simply infectious and sloganeering, like a commercial jingle for itself that makes your liking it or not a moot point.

Maybe if you’ve heard one Green Day rock opera, you’ve heard them all. Anyone who owns American Idiot probably won’t need its lesser twin, and those who steered clear won’t come groveling for forgiveness. The first time around, the band’s ire could be believed as an urgent response to the nightmare of the Bush era. But this retread comes across as a disingenuous move. “Desperate, but not hopeless,” as Billy Joe describes his young protagonists, might as well describe Green Day as they release this album into an uncertain political and economic climate. The Us vs. Them ideological rug having been pulled out from under them with Barack Obama’s victory, they seem doggedly insistent on clinging to the malaise Americans are attempting to shuffle off. We’re entering a period marked by a sentiment more complex than lyrics like “Silence is the enemy, so gimme revolution” can summarize.