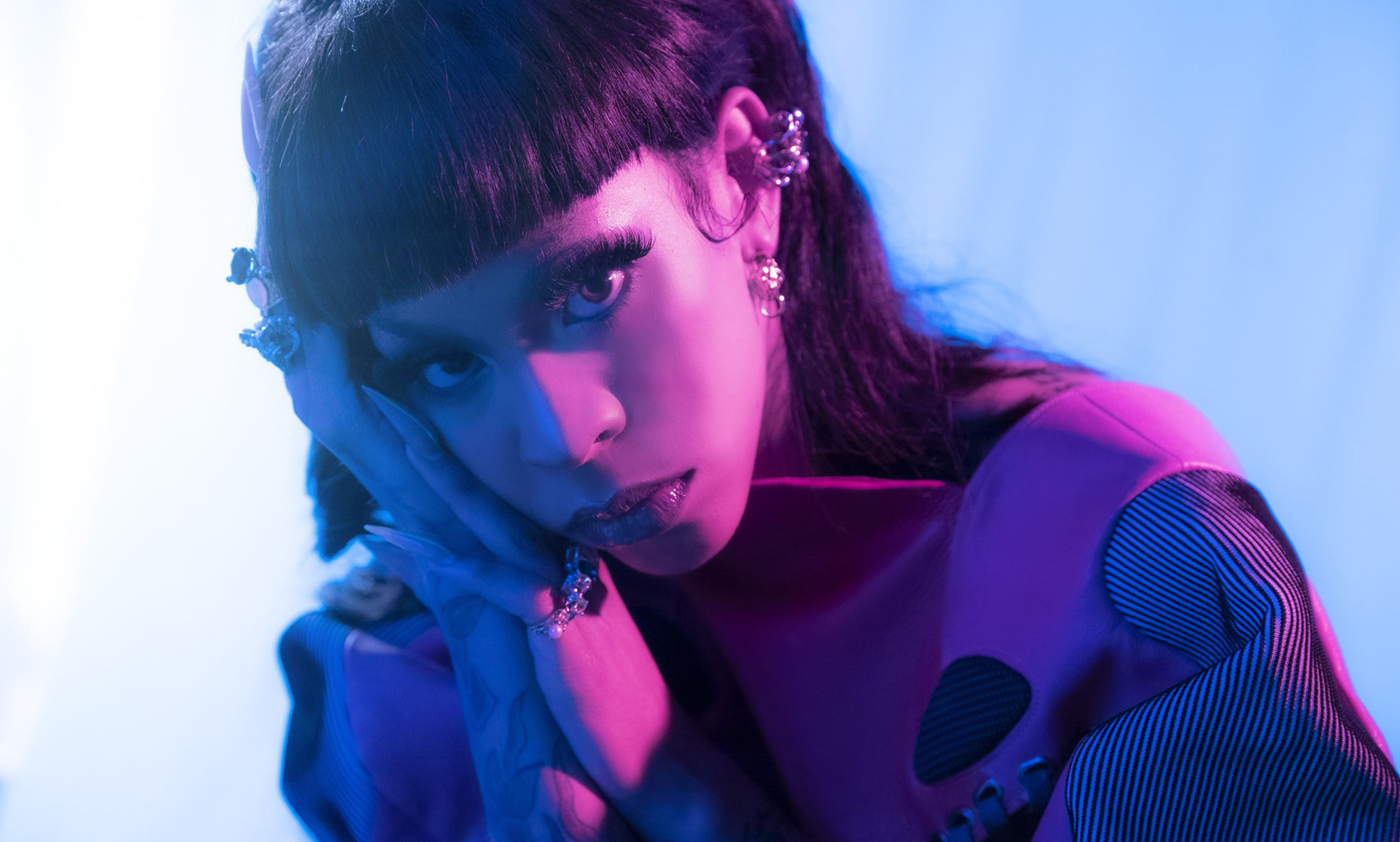 Rico Nasty has built a career on exorcising her anger. Over just five short years, the intensity of her music has built from the sugar-trap taunts of “iCarly” and “Hey Arnold” to the seething attacks of “Countin’ Up” and “Smack a Bitch.” Rico’s debut LP, Nightmare Vacation, merges the aggression of both rap and punk, but it also finds Rico venturing into the shocking sweetness of hyperpop and unapologetic sensuality. When the 23-year-old sneers “Rico, talk your shit, bitch!” on “STFU,” it’s evident that the urge to gas herself up isn’t egomania but self-love.

Armed with vitriolic ad-libs and beats as abrasive as sandpaper, Rico proves that her ear for off-kilter sound is keener than ever. The DMV rapper smartly recruits hyperpop auteurs 100 gecs, who drench her already ferocious bars with venom. On “Let It Out,” Rico screams her lungs out over what sounds like a garbage disposal. Like a funhouse mirror, these beats warp and stretch sound into unrecognizable forms, from a manic out-of-tune whistle on “OHFR?” to a demonic-sounding sitar on “Candy.” These tracks might overwhelm a less commanding rapper, but Rico presides over them like a mastermind.

Rico’s delivery is half anime schoolgirl tease and half unhinged carnival barker. She toes the line between conventionally feminine and masculine, following girlish shrieks with guttural growls. On “IPHONE,” her full Auto-Tuned voice is magnetic, and her trickster flow lends itself well to the mischievous parody of hyperpop, rewarding her impulse to push against her own boundaries. On a riotous remix of “Smack a Bitch,” she revives the biting incantation that many considered a stab against Asian Doll, before passing the mic to the smoky-voiced Rubi Rose, the vicious Sukihana, and the childish, whiny ppcocaine. Where a younger Rico fueled beefs with her rivals, she now dispels the misconception that there can only be one woman MC in the alt-rap lane, and is eager to cosign the next crop of emerging talent.

“Pussy Poppin” is a lewd outlier in Rico Nasty’s body of work. Backed by a stuttering synth, she snarls facetiously, “I don’t really talk like this, I know/But this nigga got a real big woo for sure.” In the midst of emoting, she’ll be the first to address the artifice of the performance, breaking the fourth wall because she knows she can. She embodies self-acceptance on “Own It,” a slinky dance track that recalls the EDM infusions of Vince Staples’s Big Fish Theory. Songs like these diverge from her mosh-pit anthems, indicating that sexiness and self-love are just as much a part of Rico’s ethos as intimidating her detractors and bragging on about her diamonds. The album suggests that self-adulation can be just as therapeutic as unleashing rage, showing off Rico’s artistic range in the process.