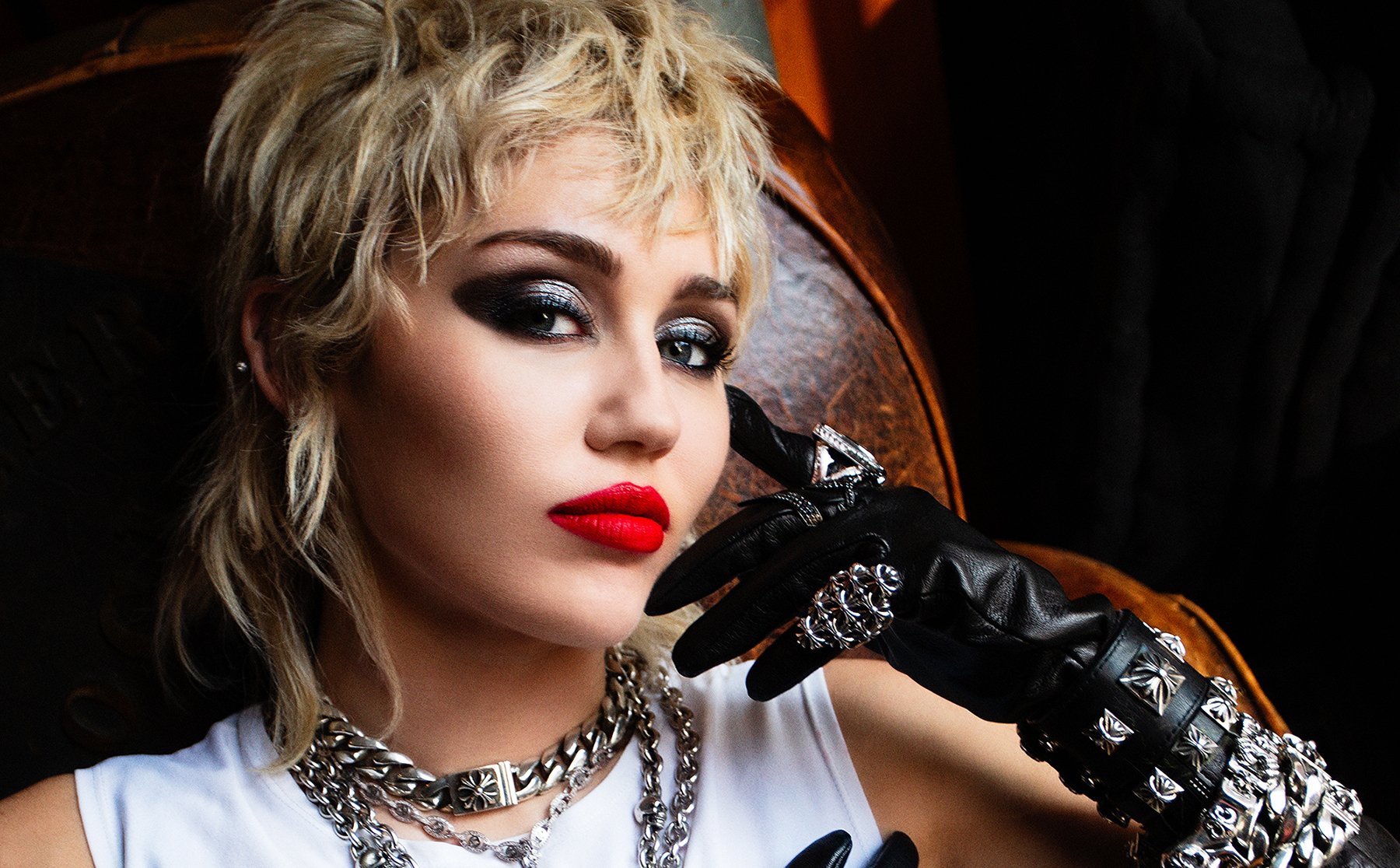 Miley Cyrus’s preoccupation with trying on different personas and exploring new musical subcultures continues on her seventh album, the arena rock-influenced Plastic Hearts. At first, Cyrus’s latest genre exercise feels stiff, with obvious quotations like the iconic bongo drums and yelps from “Sympathy for the Devil” on the title track and nods to Bruce Springsteen on lead single “Midnight Sky.” But even as it feels sometimes strained, Plastic Hearts succeeds on the resilience of Cyrus’s skills as a vocalist.

Through Cyrus’s flirtations with country, pop, hip-hop, and psych-rock, the singer’s husky mezzo-soprano has anchored even her soppiest and most tepid of pastiches, but she falls prey to a number of unnecessary affectations here. The Pink-style opener “WTF Do I Know” introduces a forced yelp that thankfully only takes the lead in a handful of places on the rest of Plastic Hearts. Several tracks, including “Night Crawling,” curiously bury her vocals, which should be a driving force. On spirited midtempo numbers “Angels Like You” and “Hate Me,” however, she convincingly inhabits a Dylan-esque reptilian croak, and both “High” and “Never Be Me” provide unfussy platforms for her to belt.

With its canned guitar solos and production that mixes melancholy with menace, Plastic Hearts uses its glam-rock aspirations to underscore another blast of ne’er-do-well energy from Cyrus. “I’ve always picked a giver ‘cuz I’ve always been the taker,” she growls alongside guest Joan Jett on “Bad Karma,” and implores a seeming stranger to “just give me what I want or I’ll give it to myself” on “Give Me What I Want.” It’s not the first time she’s asserted her status as a boundaries-averse badass, and she pulls it off well, as evidenced by the playful moans of satisfaction that punctuate the ends of the verses on “Bad Karma.”

Cyrus makes hay of her recklessness on the album’s slower songs, like “Angels Like You” and “Never Be Me,” on which she movingly welcomes self-acceptance and acknowledgement of the parts of herself that won’t change. “Angels like you can’t fly down here with me,” she sings on the former, positioning her narrator as the incorrigibly compromised soul to a former partner’s saintliness, and the wide-open country arrangement invites Cyrus to sing with aplomb.

Would that the album’s musical choices didn’t insist on themselves quite so much. Cyrus’s habit of enlisting high-profile artists from the upper echelon of a given genre continues here with appearances by Jett, Billy Idol, and Stevie Nicks, who all adequately do their thing. As usual, though, Cyrus is most indelible when her own voice takes center stage and the music mingles with and amplifies her messages of self-empowerment and emotional culpability. If nothing else, Plastic Hearts gives her license to unapologetically rock out.