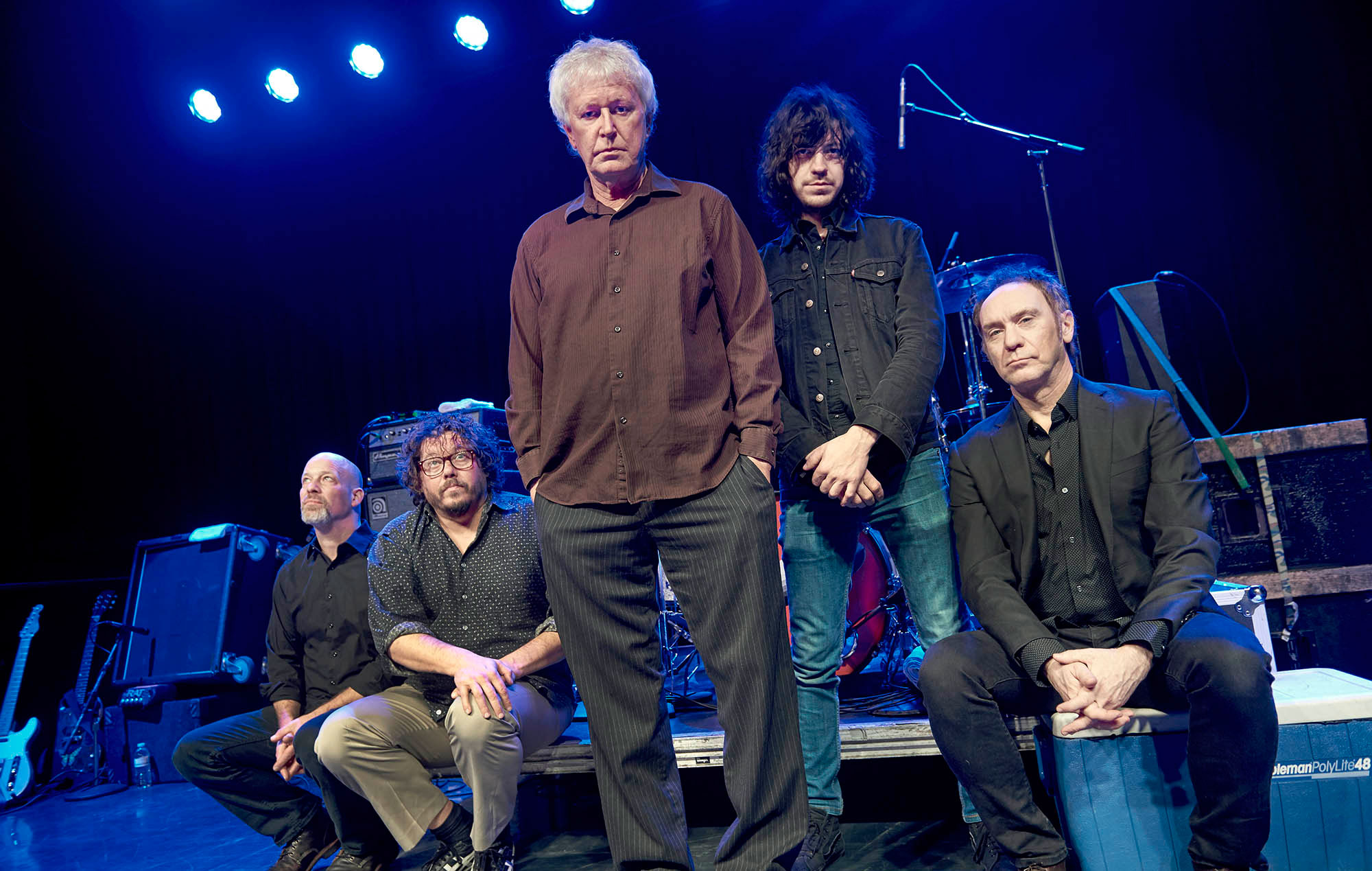 Nearly 40 years into his career, Robert Pollard is still coming up with new twists on his patented brand of anthemic power pop, like a magician forever pulling rabbits out of a hat. Ever since Pollard assembled a new Guided by Voices lineup for 2017’s August by Cake, the band has showcased a different facet of their sound with each outing, and that diversification continues on Surrender Your Poppy Field. The album weaves the unusual time signatures, song lengths, and baroque-prog structures of last year’s Sweating the Plague with the tight melodicism that’s made some of Pollard’s best solo albums so memorable.

In comparison to their longer counterparts on Sweating the Plague, almost every song here runs through several moods and styles rapidly—but without ever sounding rushed or contrived. “Cul-de-Sac Kids” alternates between gentle acoustic strumming and brief full-band bashing before launching into an underdogs-win-the-day chorus—“Cul-de-sac kids throw the best parties!”—bolstered by the album’s most driving riff. It’s the most complex and exhilarating track on the album, all in just a little over two-and-a-half minutes.

The album’s lead single, “Volcano,” is a Pixies-esque ballad buoyed by Mark Shue’s muted bass runs. What makes the song both uniquely strange and beautiful in the Guided by Voices catalog is the inclusion of atmospheric keyboard phrases that play over verses containing some of the prettiest lyrics Pollard has written: “True is the time when I see you/Blue from the blinds that I see through.” The explosion of the chorus into a wall of power chords provides Pollard’s life-affirming exhortation—“On the trail of lovers/Never failing with their loving eyes around you to prove your rage isn’t true”—with the perfect euphoric accompaniment.

The album’s biggest surprise is that several tracks—“Arthur Has Business Elsewhere,” “Steely Dodgers,” and “Andre the Hawk”—utilize waltz time to evoke the kind of carnival-esque stomps that comprised some of Guided By Voices’s earliest recordings, including 1987’s Sandbox and 1989’s Self-Inflicted Aerial Nostalgia. These songs offer a compelling contrast to more straightforward rock tracks like “Stone Cold Moron,” which features a double electric guitar attack from Doug Gillard and Bobby Bare Jr. that’s pure arena-rock euphoria.

Indeed, waltzes aside, Surrender Your Poppy Field may be the most consistently hard-edged and rocking Guided by Voices effort since 2018’s Space Gun. “Queen Parking Lot” and “Man Called Blunder” waste no time as rousing, unfussy riffs barrel into verse-chorus-verse sing-alongs. It all leads to a stunning conclusion, as “Next Sea Level” transforms an eerie demo-quality recording of chime-like guitar strums into a majestic full-band and orchestra-accompanied crescendo. The song’s title and chants of “rising” suggest a climate change apocalypse, but since that would be far too on the nose, the ever-oblique Pollard ends with something mysteriously hopeful: “To hear you/To touch you/To know you’re coming around/Still coming around.” Beyond the Tommy reference, “Next Sea Level” proves that Pollard can foster worlds of thought and feeling out of sparse yet strategic gestures.

“Next Sea Level” also represents the welcome maturity of the current incarnation of Guided by Voices, whose only Achilles’ heel is an exhausting deluge of content. Some have lamented Pollard’s prolific songwriting for diluting the quality of his output, but at this stage of his career Surrender Your Poppy Field proves he’s deepening rather than merely proliferating his music, continuing to grow up instead of growing old.