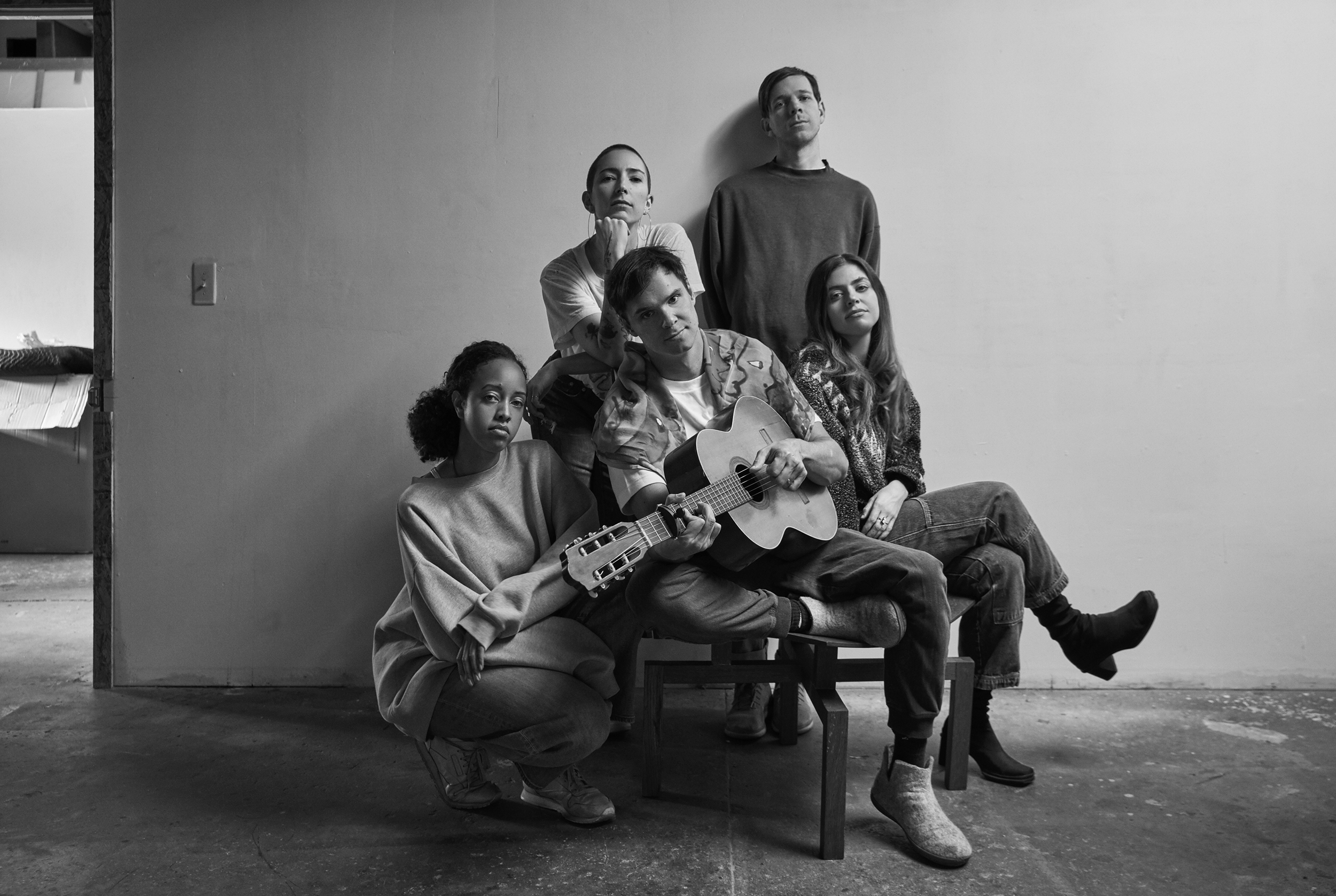 Dirty Projectors’s latest project is a series of EPs that have been released over the course of 2020, now bundled together as an anthology, 5EPs. Fittingly, given the band’s fondness for arpeggios, the collection breaks down their considerable breadth of genre variations into separate parts, providing a satisfying showcase for the group’s range while also making plain their core appeal with refreshing directness.

The EPs Windows Open and Super João deal in straightforward folk, while Earth Crisis winds through solemn art rock and Ring Road, the culminating chapter, embraces Dirty Projectors’s most popular register as progenitors of Talking Heads’s brand of post-punk and funk. Most excitingly, Flight Tower employs hip-hop-influenced instrumentation, from the emphatic metronomic thump of “Empty Vessel” to the jangling low-end bass redolent of ‘90s acts like Mobb Deep and A Tribe Called Quest on “Self Design.”

With a couple exceptions, the songs across all five chapters are pared-down distillations of the band’s best ideas. This choice also connects to the lyrical content, which has a feeling throughout of wanting to get to the point of life’s meaning even as it questions if one will ever truly figure it all out. In doing so, the lyrics focus on roads and journeys, often physicalizing emotional and existential processes. On “Search for Life,” Maia Friedman sings, “She goes to other heights/She wades dunes, sands, and lime/In search for life.” On “Self Design,” there appears to be a clarity reached, but then Felicia Douglass’s narrator doubles back in self-doubt: “What once was a mystery’s visible/I finally feel I can see…closer, closer I come…burrowed into the endless night/And I’ll never find.” Past Dirty Projectors albums, especially 2009’s Bitte Orca and 2018’s Lamp Lit Prose were built upon ascensions to ecstatic epiphanies, and these songs feel simultaneously closer than ever to reaching such breakthroughs while also intelligently, movingly deflating such an idea in the first place.

“Switch up the perspective,” Douglass declares on one of the anthology’s standout tracks, “Lose Your Love,” a telling moment because this project is the most egalitarian in terms of vocals that the band has released to date. Frontman Dave Longstreth, who produced each song and has been the one consistent member across the group’s different permutations over the years, doesn’t sing on three of the five EPs, lending his tremulous falsetto only to Super João and Ring Road. Instead, Douglass, Friedman, and Kristin Slipp are handed the reins for the other three installments. It’s a move that parallels the National’s decentering of Matt Berninger on their 2019 album I Am Easy to Find to make space for several guest vocalists. The approach mostly works on 5EPs, and Slipp in particular is allowed to shine, though there’s a perhaps not coincidental similarity between the trio’s vocals and the honey-like choral gushing of former band members Amber Coffman and Angel Deradoorian.

5EPs feels like the output of a true collective, borne out by group hallmarks like handclaps, vocal harmonies, indelible combinations of violin and hand-plucked acoustic guitar on songs like “Overlord,” and new touches like interlocking drums and clarinet, each cleverly modulated in speed, on “Bird’s Eye.” There are also candid explorations of relationships that make room for the push and pull of opposing viewpoints: “I wanna eat all the ice cream/I don’t wanna go to bed/let’s stay up late, watch a movie/Or catch up on Billions instead,” Longstreth pleads on “Porque No,” to which one of the other bandmates counters a repeated “Wanna save the rest for later?” Taken together, the EPs function as a grab bag of Dirty Projectors’s collaborative strengths and interests, affirming their indie bona fides in a new form.