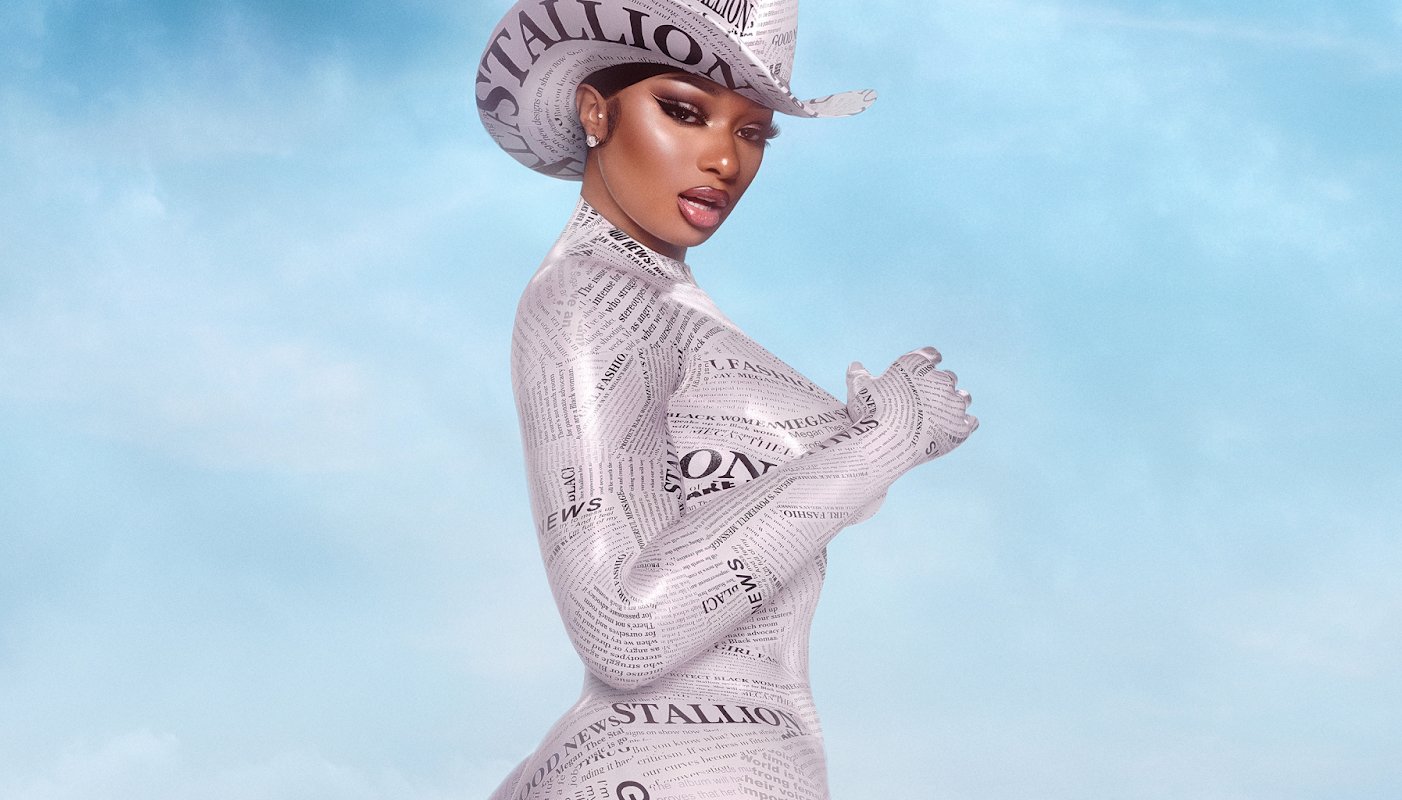 From the petty gatekeeping of anime bros to the dismissive remarks that she only raps about sex, the vitriol leveled against Megan Thee Stallion since her recent rise to fame has been relentless, exposing the minefield of double standards that female rappers are forced to navigate. And that animus reached a nadir of some kind when rapper Torey Lanez shot Megan in the foot last July—an incident of domestic violence that was met with accusations of Meg having lied and snitched. She sets the record straight on Good News, a high-octane, heavy-hitting rejoinder that rearticulates the headlines of a year fraught by global and personal trauma for the Houston rapper.

Megan wastes no time going for the jugular on the album’s opening track, “Shots Fired.” Over a sample of the Notorious B.I.G.’s “Who Shot Ya?,” she skewers Lanez for offering witnesses hush money about the shooting. Her use of the famous Biggie track turns a hip-hop script on its head: Whereas the late rap icon reveled in the aggression of pulling the trigger, Megan imbues defiance and dignity to her role as victim, proving that her morale is bulletproof and vowing not to take the higher ground next time. “Kick me while I’m down bad, I remember all that/Next nigga send a shot, I’ma send it right back,” she warns.

Megan underpins her attack with commentary on the violence perpetrated against black women and the way hip-hop and the justice system condone that violence: “Now here we are, 2020, eight months later/And we still ain’t got no fuckin’ justice for Breonna Taylor.” Here the diss track merges into a condemnation of the deep-seated prejudice and violence that black women face on all fronts, from white supremacy, systemic racism, and black men.

Once the smoke clears from “Shots Fired,” Megan posits the album’s thesis: that sex is power just as much as it is a source of pleasure. Within her framework, sexual prowess is the means of production and intercourse more often than not zeroes out to economic influence over a man. But Megan doesn’t break a sweat over earning her own coin, as she puts it on “Movie”: “I’m a boss, I could buy the same thing my man bought.” She isn’t flexing about getting money from men, but about the thrill of having that power over them.

To describe these sorts of obsequious men, she introduces a new archetype to her cast of characters: the crybaby, a needy, would-be suitor who’ll get in his feelings over a read receipt and still dish out cash after. “Invest in this pussy, boy, support black business,” Meg snarls on “Sugar Baby,” before firing witty, withering one-liners like “He said, ‘Let’s make a movie,’ and nutted so quick, we made a story.” Megan subverts the misogynistic lyrics of Southern rap giants like Three 6 Mafia and UGK, aiming their objectifying language at men and venerating herself as is the gloriously self-aggrandizing custom of hip-hop.

Still, one would be remiss to make Good News out to be some grand consciously feminist manifesto. To emasculate men, Meg often likens them to women, reinforcing stereotypes and gender roles that belittle women in the process. Her Spotify Storyline annotation for “Sugar Baby” outright declares, “The worst type of man is one that’s emotional like a woman.” She encounters a conundrum other female rappers have tripped over time and time again: While subverting the baked-in misogyny of hip-hop, how do you avoid perpetuating the harmful beliefs that keep women down? What’s more, how do you fully participate in a tradition that denigrates you without channeling that subjugation back on yourself and other women?

The solution to this complicated caveat is out there, but it’s unfair to thrust the responsibility solely on Megan’s shoulders, given that she’s never postured at being a mouthpiece for the disparate, far-flung movement that is contemporary feminism. From day one, she’s made clear that she makes music for women to feel like bad bitches. To that end, she masterfully succeeds with enthrallingly nasty anthems like “Body” and the SZA-assisted “Freaky Girls.”

The latter entries of the album consist of a mixed bag of sensual, more melodic cuts. On the lewd dancehall escapade “Intercourse,” Megan effortlessly falls in step with guest Popcaan, remaining grounded in the Dirty South (“Treat my body like some oxtails, lick your fingers”) and proffering some particularly pearl-clutching innuendos (“Let you put your hook in my bumper like a repo”). On “Work That,” which lifts the hook from Juvenile’s “Rodeo,” Megan’s rap-singing radiates sweetness and Southern twang. But her heavily Auto-Tuned vocals on “Don’t Rock Me to Sleep” come off as rudimentary, the track’s sing-song refrain like something out of a nursery rhyme—“Blah, blah, blah, la-la-la/If you wanna leave, then bye, bye, bye”—and its saccharine synth-pop strays too far from her riveting club-ready beats.

But while Megan is still figuring herself out stylistically, she’s undeniably in touch with herself. Throughout Good News, Megan doesn’t spend all that much time referencing her beloved alter egos: the pimp persona of Tina Snow, the lustful Hot Girl, and the relatable Suga. Rather, she coalesces qualities of each in her lyricism and delivery, suggesting that the mask is off and she’s being wholly, 100% herself. She’s a bundle of apparent contradictions throughout: an advocate for black women and a sex-positive vamp, a college student and a chart-topping rapper. Sadly, women in hip-hop are subject to small-minded efforts that would limit and categorize them as either serious MCs or “strippers turned rappers.” With Good News, Megan says to hell with all the scrutiny and authors her own narrative.