Big Thief’s U.F.O.F., released in May of this year, found the Brooklyn-based band fleshing out their sound and exorcising a bit of the darkness that pervaded their first two efforts. Five months later, the band has released that album’s evil-twin opposite. Where U.F.O.F. is ethereal and haunting, the earthier Two Hands boasts the kinetic energy of a live album. Big Thief’s latest isn’t quite the revelation its predecessor was, but it’s a portrait of the band’s skills as musicians, a document of a group hitting its stride.

The biggest difference between U.F.O.F. and Two Hands is that, while the former features copious layers of vocals and reverb, the latter was recorded largely in single takes with minimal overdubbing. As a result, Two Hands is like lightning in a bottle. Big Thief’s enthusiasm for playing together comes through clearly throughout the 10 songs here, many of which have long been featured prominently in the band’s live sets.

These songs wear their influences on their sleeves. Throughout, Big Thief filters 1960s and ’70s folk and rock through the lens of shoegaze. Two Hands doesn’t reinvent any wheels, but the songs are delivered with enough enthusiasm and musical dexterity that they manage to feel fresh. “Shoulders” is a blooze-inflected barroom jam with the soul of a murder ballad: “The blood of the man who killed our mother with his hands/Is in me, it’s in me, in my veins,” howls singer-guitarist Adrianne Lenker. On “Not,” as its title implies, the band dabbles in nihilism with images of fire, drought, famine, and decay. The song concludes with a soaring guitar solo that would make Nels Cline proud. “Forgotten Eyes,” which rollicks and crashes in ways that recall mid-’70s Crazy Horse, features Lenker’s most impassioned vocal performance: “Everybody needs a home and deserves protection,” she sings during the chorus.

The group’s playing is tight and sharp throughout, but Lenker is what makes Big Thief more than just a bar band. Her lyrics are spare and dark, with a poetic sensibility inspired by Anne Sexton and Raymond Carver. Her singing voice is as distinctive as her writing, with a tremulous warble that’s loaded with emotional resonance. Ranging from guttural yowling to barely contained explosiveness, Lenker’s voice is the perfect vehicle for Big Thief’s dark, pretty songs about personal and political wreckage. 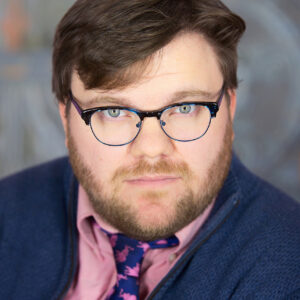 Review: Battles’s Juice B Crypts Is an All-Out Aural Assault on the Senses