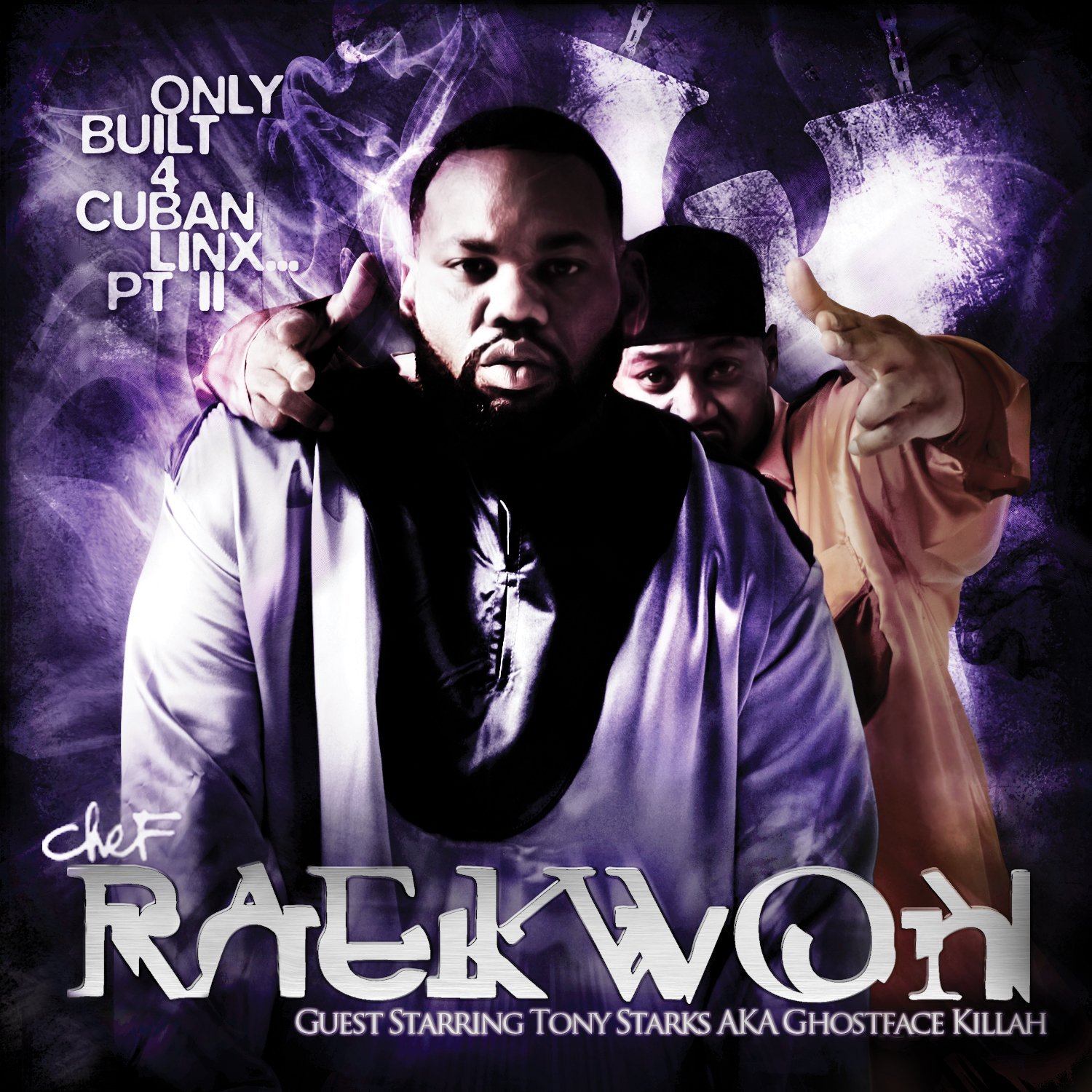 Ahead of the Wu-Tang Clan’s last album, founding member and de facto leader of the group Robert “RZA” Diggs asked, “How can hip-hop be dead if Wu-Tang is forever?” Though it’s arguable whether the lukewarm 8 Diagrams delivered on such a robust claim, eight of the nine emcees that constitute the legendary Staten Island outfit—all behemoths of the industry in their own right—are still producing a huge body of work to feed such discussion. The long-awaited and long-promised sequel to Raekwon’s 1995 barnstormer Only Built 4 Cuban Linx had been silently perceived as the smoking gun to such a debate, released amid a cyclone of its auteur’s own propaganda, a bout of widely documented in-house friction, and enough delays to conjure reservations as to whether Only Built 4 Cuban Linx…Pt. II would ever emerge.

But here we are, and here it is—a 22-track quest for authenticity, revisiting every tried and tested staple that has best served the Wu-Tang Clan during their handsomely decorated 15-year career. Following an intro from Popa Wu, an affiliate who habitually features as the group’s mentor of sorts, we’re indulged with the similar obscure kung fu movie samples that have peppered Raekwon and company’s back catalogue since Enter the Wu-Tang: 36 Chambers. Indeed, “House of Flying Daggers” forgoes any chivalrous dawdling, setting a fierce and militant tone for the album with a flurry of breathtaking deliveries over J-Dilla’s cacophonous string sample. Inspectah Deck barks a blistering opening stanza that cements his renown as a matchless icebreaker: “I pop off like a mobster boss/Angel hair with the lobster sauce/Summertime can’t top the scorch.” As a more shrewd and measured raconteur than Deck, wielding a contrasting intensity, Raekwon’s introduction signals a change of pace and more focused lyricism, the ideal counterbalance to Deck’s frenzied deliveries. Raekwon announces “Deep pockets with the eight on me, sleep with the safe on the wall” with enough guttural aplomb to suggest Pt. II may just be worth the wait, only to categorically confirm that with “Fly criteria/Bury me in Africa with whips and spears/And rough diamonds out of Syria” mere seconds later. By the time Ghostface Killah and Method Man have closed the track, we’re knee-deep in Raekwon’s Cuban Linx microcosm; the frontline of the urban drug trade, a wretched kill-or-be-killed hive of scum and villainy.

In a similar vein to his 1995 landmark, where the Wu-Gambinos rose through the ranks of New York’s criminal underbelly, Pt. II plays as a seamless narrative profiling its major players’ tenure at the top. Thematically, Raekwon and his supporting cast center their attention on drugs, money, violence, and sex, pulling no punches with regard to the often-ruthless degrees of detail. The likes of “Sonny’s Missing” and “Gihad” rank among the most engrossing jaunts on this or any hip-hop record, painting vivid pictures and infusing them with nonchalant dialogue from the streets they are representing. There’s no disputing this sense of immersion was one of the original Cuban Linx’s foremost highlights, and the formula bears fruit once again with this equally absorbing and gripping sequel. There aren’t many emcees that can give such an enthralling account of getting a blowjob as the inimitable Ghostface Killah (“But on the other side of town, it’s Toney, laid up/This white chick wanna gargle my nuts” on “Gihad”), and after the seemingly ceaseless barrage of evidence here, it could certainly be argued that the Chef, now nearing 40, may just be hip-hop’s most engaging and beguiling storyteller (in “Sonny’s Missing,” his account of a street deal gone awry, he explains “Chunk of meat flew off his neck bone, broke a seat/Had a hole in his ‘Lo shirt and took all his weed”).

Traces of weakness are few and far between: Despite amassing a payroll that includes 13 producers, Pt. II is a cohesive record from tip to toe. Perhaps the Icewater Productions tracks provide the album’s flabbiest moments, but such misgivings can be forgiven if your LP spans over 70 minutes and exceeds 20 tunes. Fundamentally, though, the album is a wistful and occasionally melancholic one that is as consistently captivating in its lyrical content as it is wonderfully dark and eerily melodic in its composition and production. If ever we needed proof that there is still life in the Wu-Tang machine, then we need look no further: This may just be hip-hop’s most significant release of the last decade.