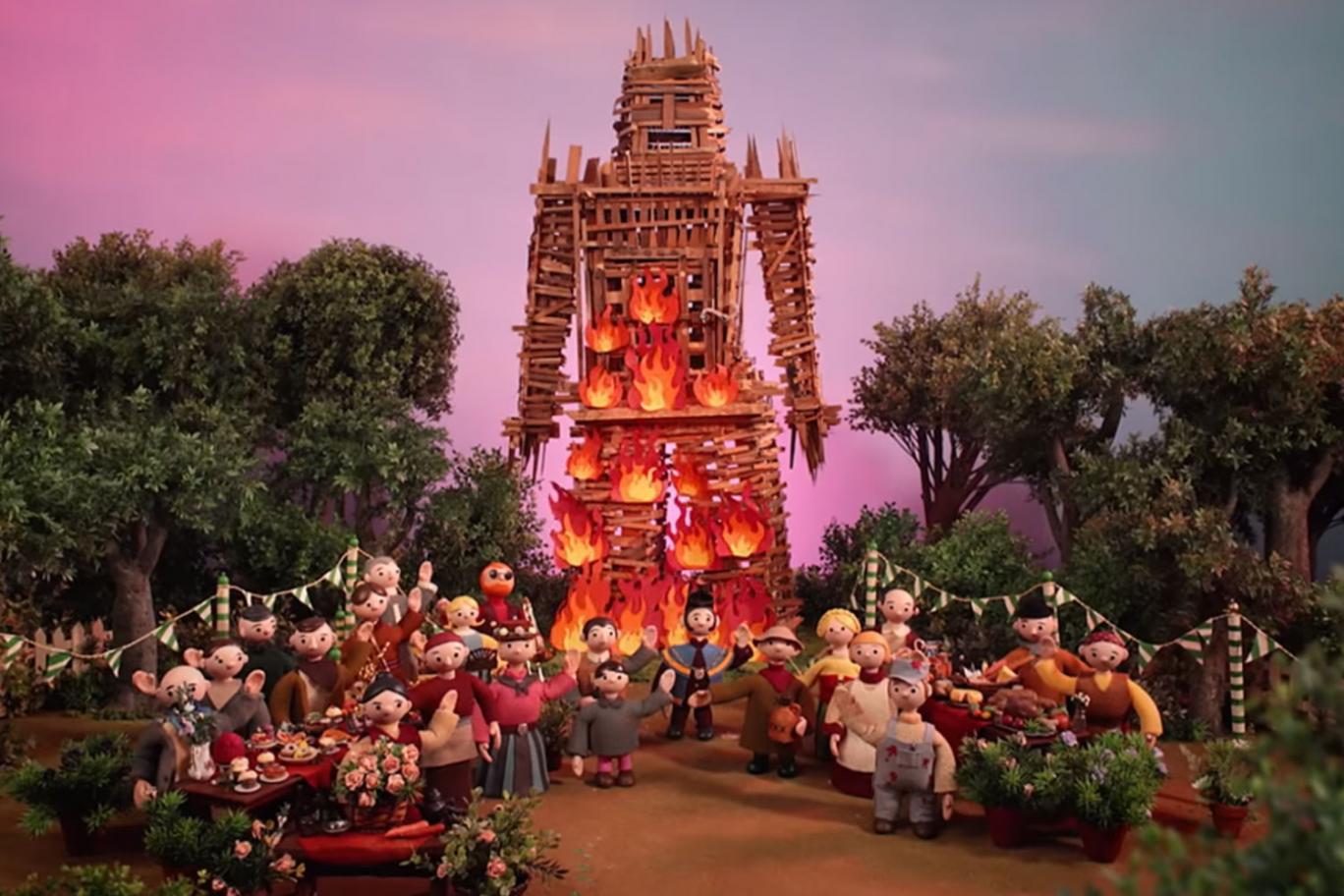 After a series of Instagram teasers and mysterious leaflets sent to fans that made mention of the song’s title, Radiohead has released “Burn the Witch,” the first single from their ninth studio album. Rumored to be called Dawn Chorus, the upcoming album will be the band’s first in over five years, following 2011’s The King of Limbs. “Burn the Witch,” which goes on sale at midnight, has reportedly been in the works for at least 15 years, as far back as 2001’s Kid A. True to the band’s long-established brand, the track melds digital and analog, with staccato guitar stabs, lush orchestral swells, and of course, frontman Thom Yorke’s sonorous wails undergirded by buzzing electronic sounds and Colin Greenwood’s distinctive bass. “Stand in the shadows/To the gallows/This is a round-up,” Yorke cautions at the song’s start, with all the paranoia and politically shaded intrigue we’ve come to expect.

The music video, also released today, features stop-motion animation in the style of the 1960s-era U.K. children’s show Trumpton. Directed by Chris Hopewell, the video depicts a government official sent to inspect the strange goings-on in a small village, where he’s burned alive in a giant wooden statue in a scene reminiscent of the 1973 cult classic The Wicker Man.