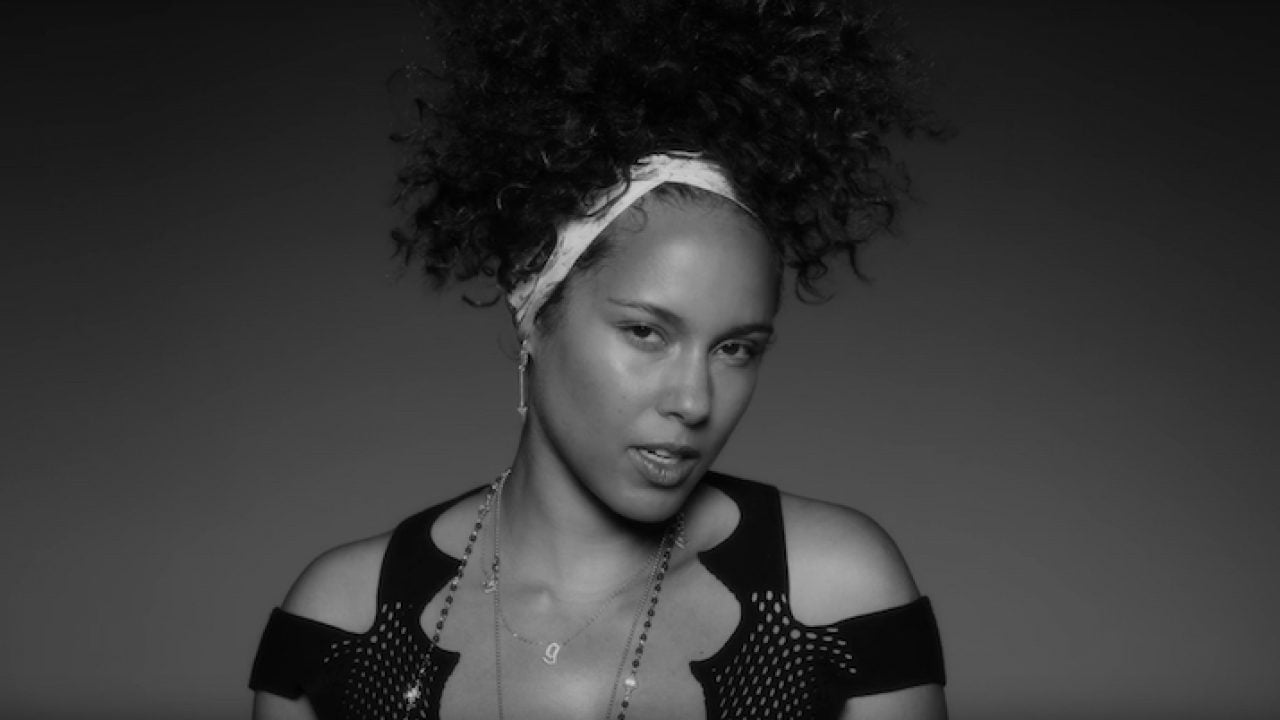 Though “In Common” is being billed as Alicia Keys’s first release in four years, the single, in fact, comes on the heels of 2014’s socially conscious, piano-driven “We Are Here” and last year’s YOLO-themed “28 Thousand Days.” “In Common,” however, is a notable departure from not just those forgettable offerings, but from the singer’s biggest hits, eschewing the heavy beats and big, brash hooks that have dominated her singles since 2007’s “No One.” Produced by Illangelo, best known for his work with the Weeknd, the track boasts a comparably restrained vocal performance from Keys, who in recent years has fancied herself a soprano to mixed results, and a pointillistic collage of electronic beats and tropicalia-infused rhythms. Lyrically, “In Common” also finds Keys tackling darker subject matter, exploring the multiplicative effect of two imperfect personalities becoming entangled in a casual relationship, conceding: “If you could love somebody like me/You must be messed up too.” With its sensual, forward-minded production and more mature themes, the song recalls Keys’s under-appreciated 2009 single “Try Sleeping with a Broken Heart.” Hopefully this one won’t be slept on.

Keys’s new album, her first since 2012’s Girl on Fire, is due this summer on RCA Records.