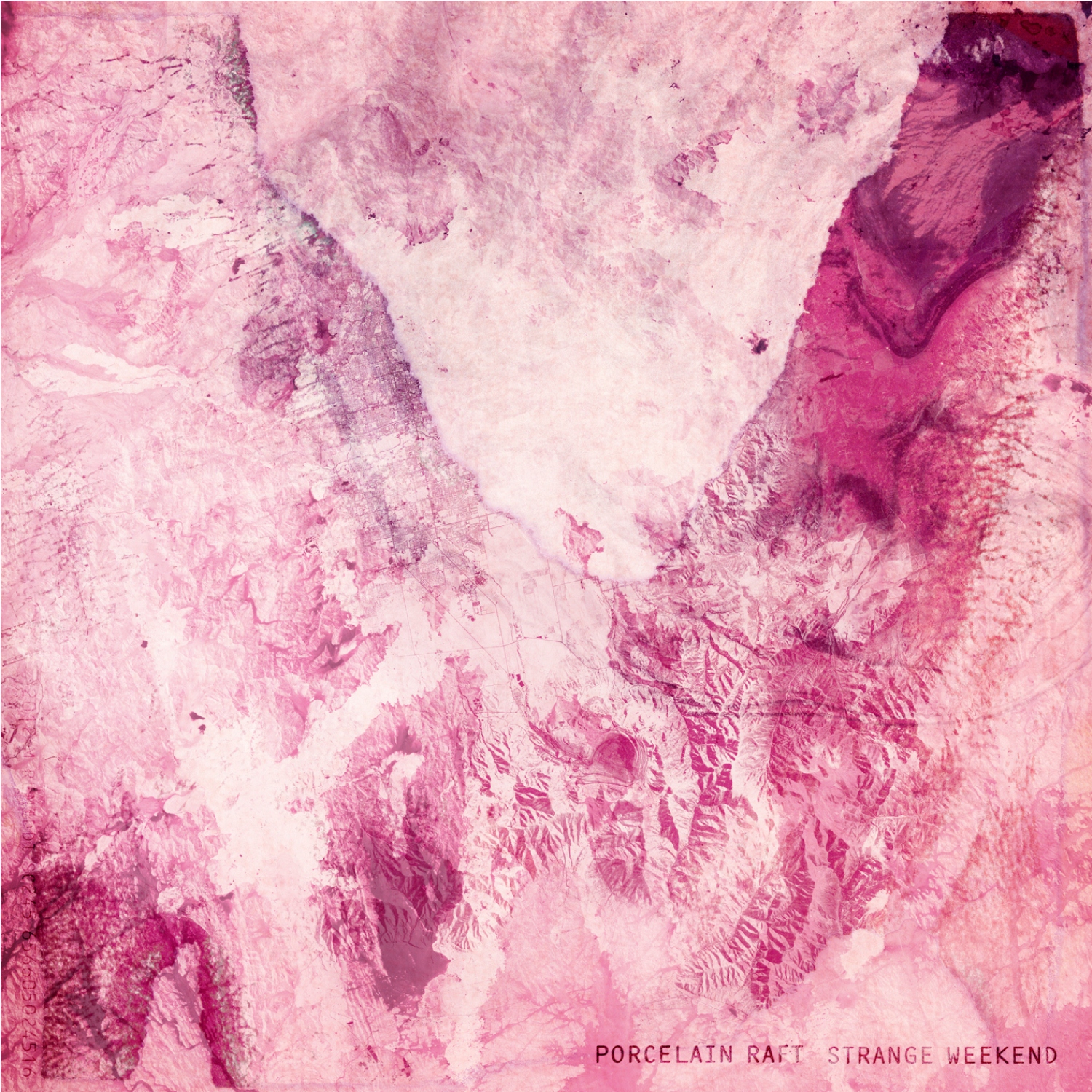 The name Porcelain Raft suggests a rather precarious refuge that owes more to its beauty than its effectiveness. So goes the well-meaning but ineffectual Strange Weekend, the debut album of Italian-born singer-songwriter Mauro Remiddi. Once the driving force behind bubbly indie-pop band Sunny Day Sets Fire, Remiddi imbues his solo effort as Procelain Raft with celestial psych-folk instrumentation and mechanized rhythms while borrowing generously from the Flaming Lips school of dream rock. Strange Weekend is never as grand or affecting as a Lips record, however, and despite Remiddi’s towering Wayne Coyne-esque falsetto, the album fails to be anything but listless between its brief flashes of inspiration.

Much of that failure can be attributed to the album’s dependency on coarse atmospherics, a direct result of Remiddi recording Strange Weekend in a basement. The rawness on display is more of a crutch than a complement, masking vague, colorless bedroom-pop non-melodies with angular reverb and a scattering of industrial hissing and machine percussion. Remiddi’s habit of supplanting hooks with atomsphere and mechanization leaves most of Strange Weekend’s songs stranded, meandering as they waft by like weakly formed clouds.

The album has its highlights, predominantly featured in three of its opening tracks. “Drifting In and Out,” with its buckling drumbeat and simple guitar line, offers a rare instance of Remiddi sticking to a fleshed-out riff, while the cavernous “Is It Too Deep for You?” is one of the few songs where the echoey, machine-driven aesthetic works to enhance, rather than disguise, Porcelain Raft’s lo-fi-meets-acid-folk melodies. Ditto for the wet, pulsating “Put Me to Sleep,” which boasts a playful give-and-take verse and chorus. Yet these subtle, sublime moments are few and far between as the songs on Strange Weekend start to slope downward and into a blur of mediocrity—unfortunate for an album that strives for dreamy, almost quiet, transcendence, but manages only to be shapeless, bland, and utterly forgettable.