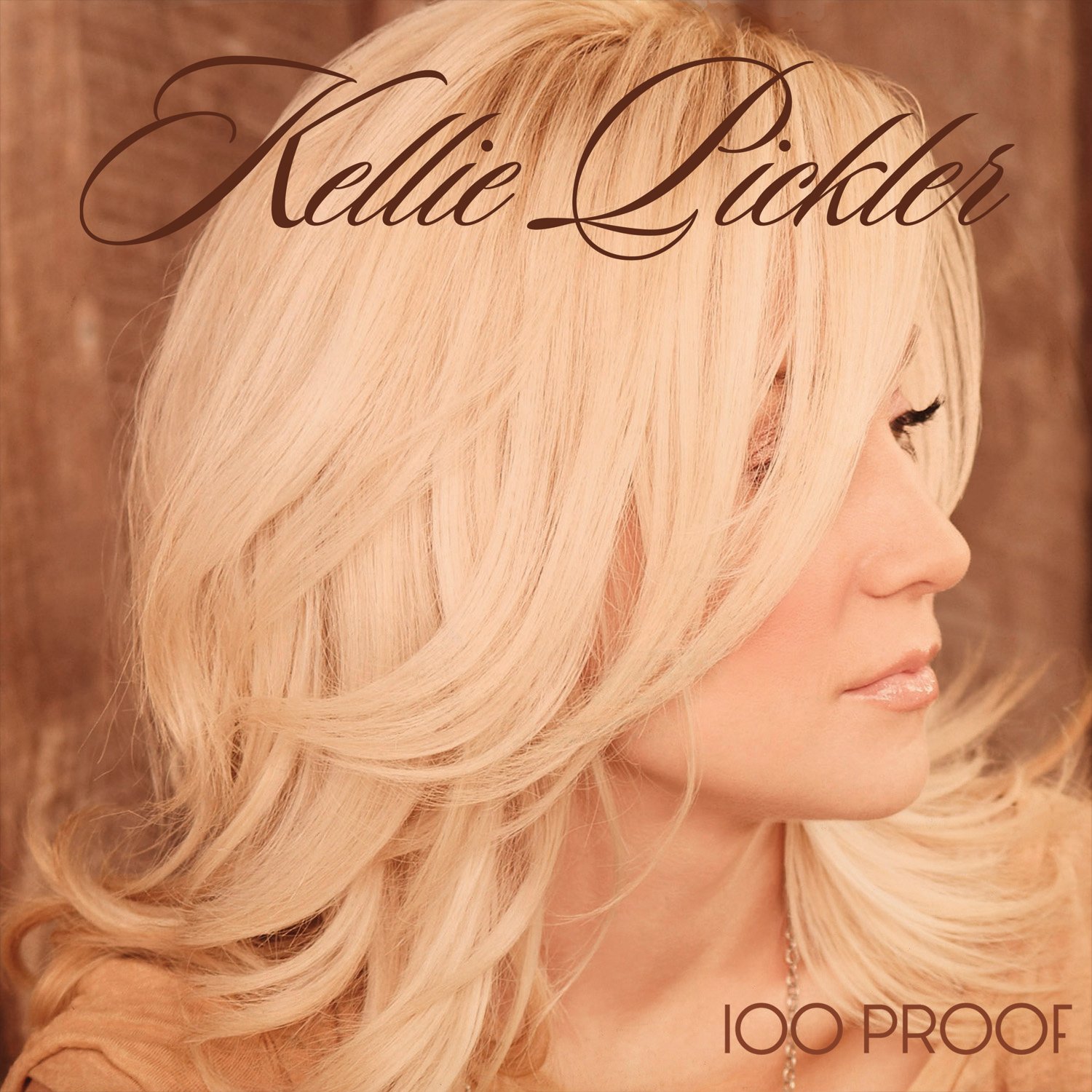 For almost a year now, Kellie Pickler has insisted that her third album would lean heavily toward the kind of traditional country music that she says she’s always wanted to record. Considering that her first two albums consisted of forgettable, slight pop-country confections and that her public persona has long been characterized by her not understanding what words mean, there were good reasons to approach Pickler’s 100 Proof with a healthy skepticism with regard to its supposed genre bona fides. But all credit to Pickler and producers Frank Liddell and Luke Wooten: 100 Proof isn’t a great album, but it’s certainly a very good one, and it boasts a strong traditionalist bent.

Pickler’s North Carolina drawl is just too thick for her to ever have the pop crossover appeal of Carrie Underwood or Taylor Swift, and 100 Proof foregoes previous misguided attempts at polishing the singer into a pop starlet. She may not be the most technically gifted vocalist, but Pickler is always going to sound like a country singer. On opener “Where’s Tammy Wynette,” she plays up the natural twang in her voice, and stretches her vowel sounds and sings just behind the song’s beat in an on-point nod to Wynette’s trademark phrasing. At a time when so many country artists name-check genre legends for the simple sake of doing so, Pickler’s performance actually scans as a thoughtful homage.

Liddell and Wooten’s production is light-handed enough to create that sense of homage without becoming a rote genre exercise. They foreground a standout Telecaster riff in the mix of “Where’s Tammy Wynette,” but then let the percussion track carry “Unlock That Honky Tonk” because it’s so well-matched to Pickler’s staccato vocal delivery. When a contemporary flourish is more appropriate, Liddell and Wooten don’t hesitate to incorporate more modern sounds. The crying steel guitar line that runs throughout “Stop Cheating on Me” is pure vintage country, but 100 Proof isn’t just a retro-styled pastiche. Instead, it’s an instructive example of how contemporary country albums can sound current without jettisoning meaningful connections to the genre’s history.

Pickler, for her part, has never sounded better or more natural than she does in this context. Her tone often sounds tinny and pinched when she tries to project too much volume, as on lead single “Tough,” but what her voice lacks in refinement, she makes up for in presence. Unlike many of her contemporaries, Pickler can use a deliberate, distinctive sense of phrasing to impose herself on a song, subverting the conventions of Reba McEntire’s “victim queen” persona on “Stop Cheating on Me” and sounding genuinely wistful on “Turn on the Radio and Dance.” She can still go off the rails when she goes for too much drama and bombast, veering into Lorrie Morgan-style camp on “Long As I Never See You Again” and using an off-putting childlike tone on the otherwise solid “Mother’s Day,” but she always sounds fully, believably invested in what she’s singing.

That degree of commitment didn’t necessarily serve her well on previous efforts, when she often sounded like she was trying too hard to sell material that simply wasn’t worth it, but she has better songs to work with here. Pickler touches on her tumultuous upbringing on both “Mother’s Day” and “The Letter,” and there are glimpses of first-person authenticity in her co-writes with Dean Dillon and Leslie Satcher, two of Nashville’s most prominent hired-gun songwriters. When the quality of the songwriting does lapse, as on “Stop Cheating on Me,” a rare misfire from former SteelDrivers frontman Chris Stapleton, and “Little House on the Highway,” Pickler’s performances or the ace production job are able to cover for it.

To that end, what impresses most about 100 Proof is the extent to which it capitalizes on Pickler’s relative strengths as a performer in a way that’s shockingly self-aware. Though the album lacks a cohesive through line or consistent depth of material that would make for something more accomplished and challenging, it’s a deeply personal record that explores country music’s conventions in a creative, respectful way and gives Pickler ample opportunity to prove her chops as an interpretive singer. Whether or not the album allows her to boost her commercial profile remains to be seen, but 100 Proof proves that Pickler is capable of far more than she has previously let on.