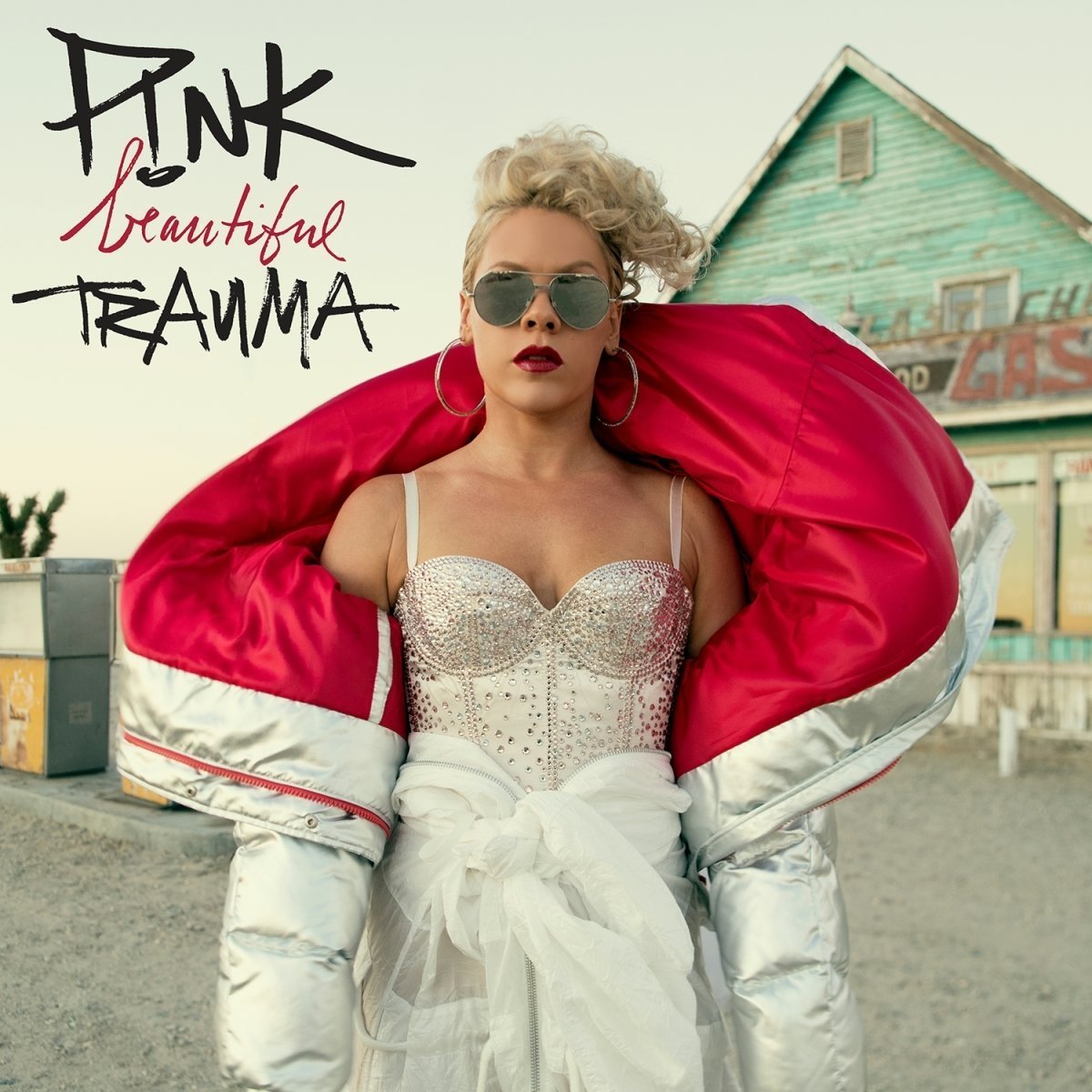 Another Pink album populated with misfits and outcasts, Beautiful Trauma doesn’t lack for hard-headed but tenderhearted lovers trying to make the most of things despite their failings and imperfections. The title track, which opens the album, chronicles love won through all manner of hardship and vice, what Pink describes as her “perfect rock bottom.” She’s even more direct on “Where We Go,” singing to her partner, “We’ve both always been broken.”

As if to mirror Pink’s lyrics, the arrangements here seek to cull meaning from her messes. Beautiful Trauma is as sprawling as any of Pink’s past albums, packed with her signature skyscraping piano ballads and rowdy pop anthems, though it leaves room for fleet-footed folk, pulsing EDM, and—for her second album in a row—a crass, slightly out-of-place guest verse from Eminem. On paper, it all reads like the platonic ideal of a Pink project: a slightly warped pop album full of bent-and-broken songs about bent-and-broken people. So why does it never feel quite as raucous or unkempt as it should?

The album is too conspicuous in touching on all the sounds that have shaped the pop charts since Pink’s last album, 2012’s The Truth Above Love. “Where We Go” has the big-footed stomp of Mumford & Sons and the Lumineers, while “What About Us” is a spacy, atmospheric track with a pulsating dance beat. It’s to Pink’s credit that she sounds like a natural handling all of this material, yet the roundup of these styles can’t help but seem just a bit calculated for an album that’s supposedly about messiness. Producer Jack Antonoff lends these songs shape and focus, and there’s little fat to be found throughout. Yet, it all sounds a little too clean, too tidy, too easily resolved.

Beautiful Trauma’s neat construction renders the album less than the sum of its parts, but individual songs work well enough, thanks in no small part to Pink’s personality and charisma. The best moments are the soul-baring ones, where the singer’s beautiful-loser fixation feels raw and real: “Barbies,” with its gentle folk vibe, is pained in its longing for a simpler, easier time, while “But We Lost It” immediately takes its place among her most affecting damaged-love songs. Like the artist herself, the album demonstrates its humanity through tension and friction, when Pink’s sharp lyrics and deeply felt vocals push against the too-slick production.