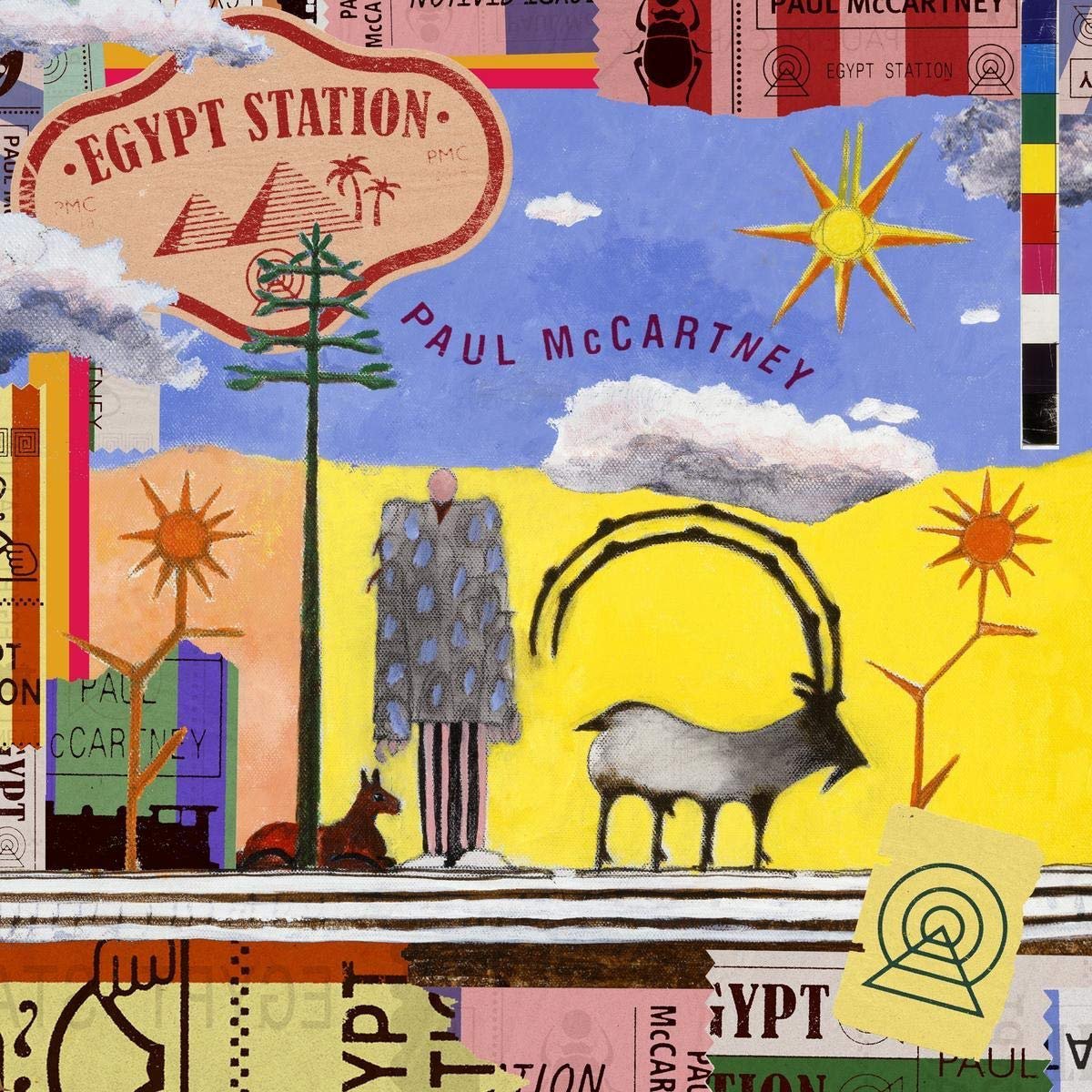 At times during his post-Beatles career, namely during its first couple of decades, Paul McCartney has displayed a propensity to juxtapose infectious pop melodies with the absolute dumbest ideas he can think of—sometimes within the same song. By that standard, Egypt Station is inexorably “McCartney-esque.” With its contemporary production flourishes, weird genre experiments, and bouts of complete silliness, the album marks a clean break from the music McCartney has been making for the last 20 years or so, which may well have been the most grounded, consistent, and likeable era of his entire solo career. Instead, Egypt Station plays more like a McCartney album from late 1970s or ’80s, abounding as it does in whimsical flights of fancy.

In the current era of poptimism, a melody-is-king songwriting approach is no longer viewed as antithetical to high art like it may have been when critics were panning Wings in the ’70s. Which is probably why once-dismissed albums like Ram and McCartney II have earned cult followings in recent years. In this context, McCartney doesn’t need to make capital-I important music, but those effervescent melodies need at least some substance to prop them up.

When he succeeds, McCartney produces the likes of 1970’s “Maybe I’m Amazed” and Egypt Station’s “I Don’t Know,” a sublime mix of piano-based melancholy and glowing melodic refrains. It doesn’t especially matter what circumstances led to McCartney singing about “Crows at my window, dogs at my door”; the tonal seriousness and lack of empty platitudes is enough to lend weight to the hooks. While the loping acoustic guitar figure that drives “Happy With You” isn’t nearly as compositionally compelling, it’s one of the only other songs here in which it sounds like McCartney is actually singing about something real: “I used to drink too much/Forgot to come home/I lied to my doctor/But these days I don’t/’Cause I’m happy with you.”

There are a few other tonally comparable songs on the 16-track Egypt Station, but the rest are largely bogged down in some eye-rolling cliché of one kind or another: generic rabble-rousing on “People Want Peace”; generic pledges of love on “Hand in Hand.” Only once or twice are the hooks strong enough on their own to bore their way inside your skull; the tumbling chorus of “Dominoes” is inescapably infectious in spite of lyrics that appear to have no actual meaning whatsoever. On “Who Cares,” McCartney issues a series of facile anti-bullying bromides: “Who cares what the idiots say/Who cares what the idiots do,” he blithely crows, suggesting that he hasn’t quite adjusted since the days when mild zingers in Melody Maker about “Silly Love Songs” were the most toxic public discourse he was apt to encounter.

Still, drab and hackneyed is at least more tolerable than wannabe-frisky toss-offs like the shouty, percussive “Caesar Rock” or the miserable samba “Back in Brazil.” McCartney’s weakness for lightweight novelties has been seemingly ebbing away in recent years, but it’s on full display on “Come on to Me,” which sees him coupling his throaty, horny-old-man come-ons with hilariously overblown electric sitar, bluesy harmonica, and a braying brass section piled tactlessly on top of an unremarkable three-chord progression.

This is frustrating, as McCartney has the ability to channel even his most eccentric creative instincts into writing songs that are ambitious and tasteful, fun and sincere. Both over six minutes long and both adhering to multi-part suite structures, Egypt Station’s final two salvos, “Despite Repeated Warnings” and “Hunt You Down/Naked/C-Link,” rank among McCartney’s most exciting and grandiose efforts in years. More than the former’s vague political metaphors, it’s the latter’s delightful genre hopping, shifting from propulsive cello rock to neo-doo-wop to a bluesy orchestral coda, that are a frustrating reminder of what McCartney is still capable of.