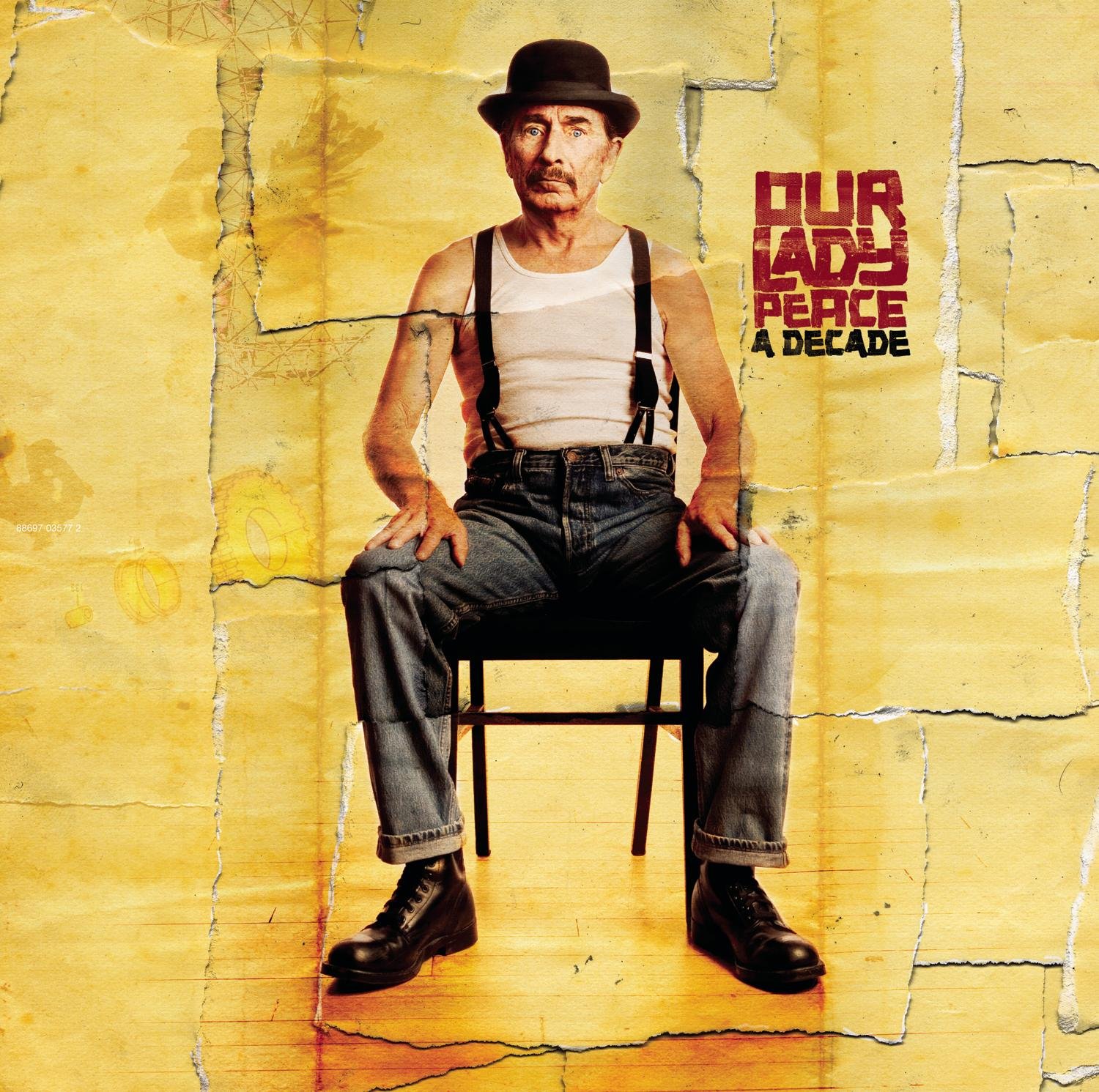 You have to feel a little twinge of sympathy for Canadian quartet Our Lady Peace: Despite 1999’s Happiness Is Not A Fish You Can Catch (the foursome’s third full-length and one of the most overlooked rock records of the ‘90s), and 2001’s epic Spiritual Machines (a difficult, dark concept album about futuristic emotional sterilization), the group is still best known for its fairly disposable 1997 single “Superman’s Dead.” Both that cut and “Naveed” can be found on A Decade, an 18-track retrospective of Our Lady Peace’s string of singles that fared far better in the Great White North than in the U.S. of A.

Our Lady Peace’s occasionally bombastic and often comically earnest rock has its roots in the grungy, early ‘90s milieu populated by the likes of Nirvana and Soundgarden, but adds quirky flourishes all its own. These crazy Canucks actually recruited jazz drumming legend Elvin Jones to provide percussion for a track on Happiness and drafted author Ray Kurtzweil to intone dire warnings on Spiritual Machines. With melodies catchier than the common cold and impenetrable lyrics that recall the head-scratching oeuvres of Live and Bush, Our Lady Peace is chest-thumpingly anthemic if nonsensical, Raine Maida’s distinctive vocals curling around every vowel as if howling them will make each listener feel their impact.

A Decade isn’t exhaustive or necessarily authoritative—I’ve always felt the “radio singles” compilation method is a bit of a cop-out, relieving bands of potentially creating less-than-attractive retrospectives—but those intrigued by what’s on display here should seek out Happiness Is Not A Fish You Can Catch or Spiritual Machines for a better sense of the band’s scope and ambitions. A pair of new songs, “Kiss On The Mouth” and “Better Than Here,” round out the look back, not so much pointing the way forward as reminding those listening that Our Lady Peace really, really likes crunchy alt-rock.